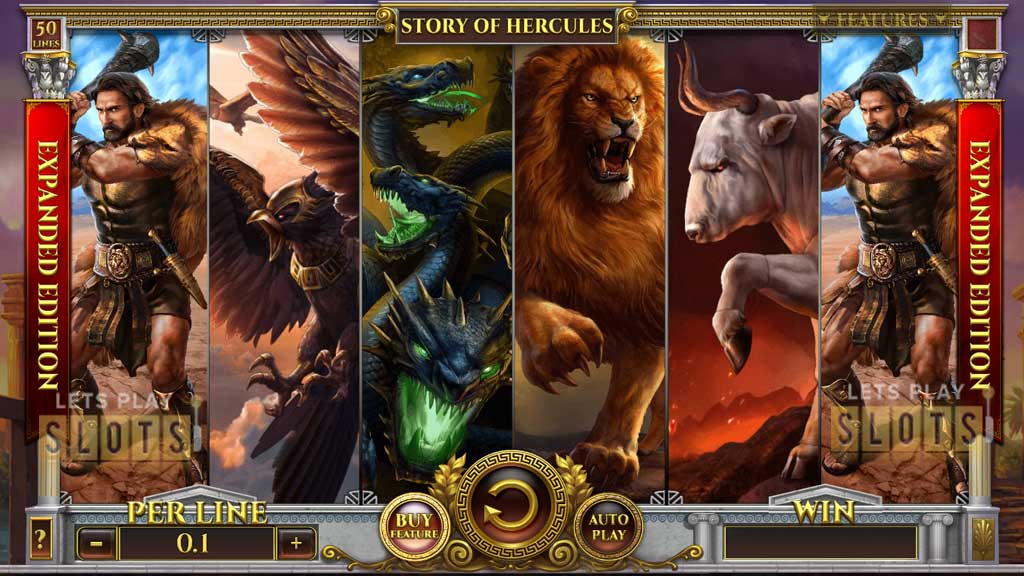 Spinomenal Continues The “Story of Hercules” With New Expanded Edition 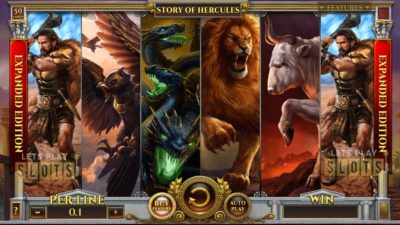 Hercules is one of the favourite characters when it comes to Greek mythology. His story has been told and retold time and again. Spinomenal has come out with an expanded edition of the Hercules story in its latest slot released called “Story of Hercules“.

Now, don’t be fooled into thinking this is just another makeover of the Hercules story. When Spinomenal says it is an expanded edition, they are not kidding. Players will be impressed with this game, design and overall gameplay.

One of the first things that players will notice with this game is that it delivers on the theme.

The Greek temple in the background, the heroic music and the graphics will get players in the mood to encounter Hercules. The graphics are indeed exceptional but they do take a few extra moments to load.

The gameplay is also worth mentioning as players will be glued to their screens. Though the game does have the traditional playing card symbols which are pretty boring and not very valuable, the game bounces back with its fancier symbols. The great thing about the mythological symbols is that they dominate reels and provide massive value.

The game has six reels and 50 paylines. This is a pretty good spread and should allow players a decent chance at wins while ensuring that they are not so frequent when compared to the prizes which are low. But the basic game is not where this game shines. The special features are what will make players want to play this real money slot game.

First, there is the wild symbol. Besides making wins easy, it will also give a 200x multiplier when six wilds are present on the reels. There are also random win multipliers that can double or triple a player’s win.

The bonus game is also great since it progresses through four stages that can be unlocked. Every stage begins when three or more scatters are scored. This means that players will need to keep on scoring those scatters if they want to experience the full game.

For the bonus game, besides getting free spins, the wilds become more active. The first stage has extra wilds showing up. Next, there will be expanding wilds. The third stage has moving wilds. Finally, the reels themselves will move to provide more chances of winning.

If you looking for more games based on legend of Hercules, why not try Hercules Son of Zeus from Pragmatic Play

Hurray! There is a competition going between users of our site!
You have to do nothing, but browse out site, and win a daily prize. Click here to read more.
You current ranking:
Time Left: 4h 0m 58s