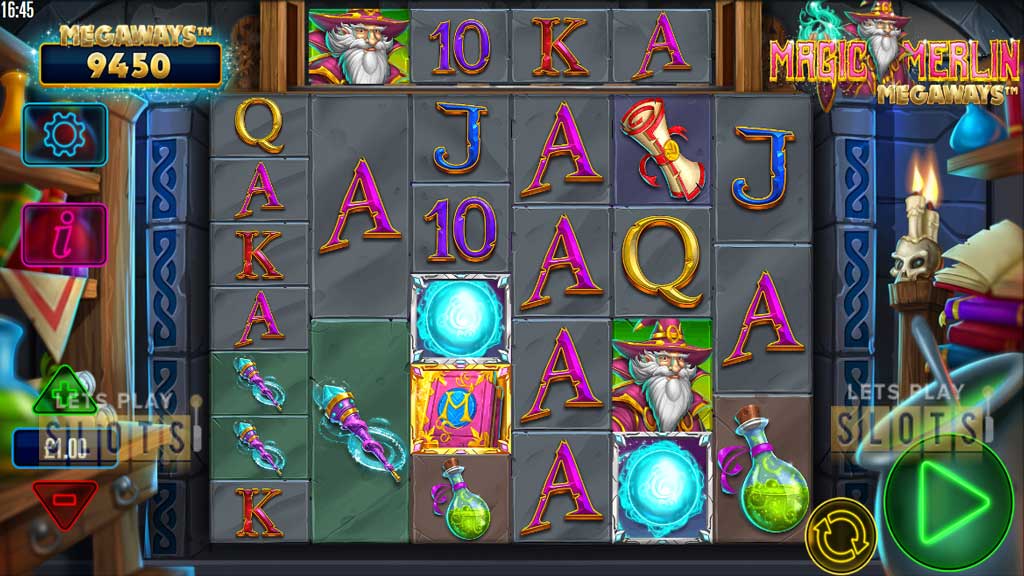 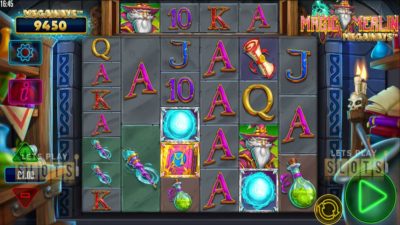 When a relatively new gaming provider launches a new game in the market, it generally gets little to note attention as the online slot market is generally dominated by the big and more established players. Storm Gaming is one of the smaller game developers who have released “Magic Merlin MegaWays” slot game that is worth checking out.

Merlin is the legendary magician of Arthurian myth and one of the most recognisable wizards in the world. It is not a surprise then that he has had several games themed after him. Storm Gaming is using this as their theme to launch their first MegaWays offering which brings some new features to the market.

The moment players start the game and enter Merlin’s laboratory, they will know that they are in for something special. People who are familiar with MegaWays slots know how the game works. Players start off with six reels and some basic paylines but as they continue playing they can unlock more. At its maximum, players will have 17,649 ways to win.

Like all slot games, the goal is to get combinations of symbols. Though there are A to 10 royals in the mix, players will want to aim for the more valuable scrolls, wands, bottles of potion, and magical orbs. But if the players want a big win, they will want to score Merlin himself. He gives out 50 times a player’s stake when there are six of him on a payline. There is also a special wild symbol that acts as all other regular symbols.

The real draw of Magic Merlin MegaWays is the special features that can be triggered in-game. For example, when players score a winning combination, the old symbols are removed and new ones get dropped down. New combinations can appear and keep on continuing the cascade. This is incredibly rewarding if you have fully unlocked all the paylines.

Besides the cascading symbols, players can also sometimes get random symbols after a spin. This can sometimes result in a winning combination. This is called the Mystery Cards feature.

Players will want to score the Book of Spells as it is the scatter symbol. Players who land four or more of the Book are rewarded with a minimum of 12 free spins. During these free spins, the game gives out a multiplier for each win. This means that players can earn an ever-increasing multiplier. Plus, every time three or four scatters are scored, more free spins are given out. Players can potentially get 50,000 times their original stake.

Storm Gaming has done a great job with this slot and players should give it a spin when they get a chance to try it out.

Hurray! There is a competition going between users of our site!
You have to do nothing, but browse out site, and win a daily prize. Click here to read more.
You current ranking:
Time Left: 2h 4m 36s