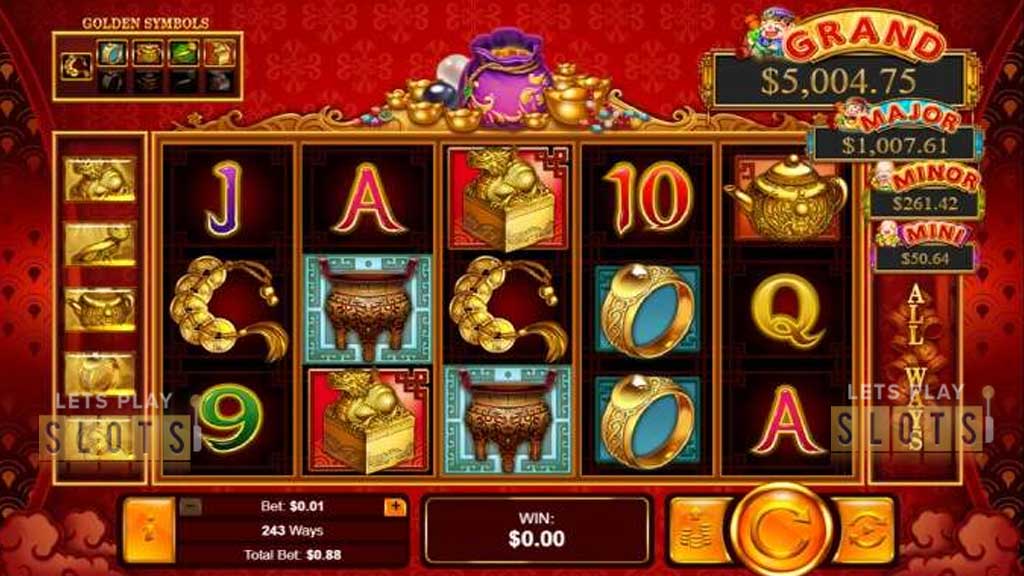 Take A Crack At SpinLogic’s Jackpot With “Plentiful Treasure” 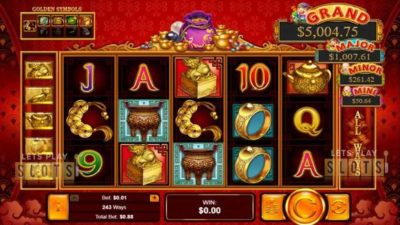 SpinLogic Gaming has come out with a new and exciting slot titled “Plentiful Treasure“. This is an Asian themed slot that showcases different Chinese deities and has a lot of red and gold in it.

The developer has done a good job with the graphics and the Asian soundtrack will provide you with a relaxing environment.

Players are presented with the standard five reels and three rows grid.

There are 243 paylines to win on and a maximum cash prize of $6,800 which is a pretty decent payout.

However, one of the best features of this Asian themed slot is that there are four Progressive Jackpots waiting to be triggered. Players who are looking for a big payout, will be keen on triggering any one of these four progressive jackpots.

When it comes to the betting range, some players may be disappointed as it is extremely limited. Players can only wager from $0.88 and go up to $8.88. That is a lot lower than most slot games. High rollers would not like playing this game but those with limited funds will enjoy the minimum betting range.

The low value symbols in this game are the card royals. The higher paying symbols are the thematic statues, amulets, pots, rings and signets. There are also two special symbols. One is the Bao, which is the Wild. The other is the Pearl which is the scatter.

The game has several interesting special features. There is the Wild Symbol which makes it easier to win. It only appears in the three middle reels so it does not appear as frequently. Next, you have the free spins round. Players who score the Pearl will be able to get eight free spins. During these spins, the card royals are not present, making it easier to win big prizes.

The game also has some cool bonuses. Players who win get Bet Multiplier levels. As this goes up, some symbols will become Golden, and this increases the chance of a Jackpot round. When this happens, the Gold Coin feature appears, Players are presented with 12 gold coins. Players who match three coins of the same deity will get the corresponding Jackpot. The four progressive jackpots can be very profitable.

We found Plentiful Treasure to be very entertaining and we definitely recommend giving it a few spins to see if you can trigger the progressive jackpot.

Hurray! There is a competition going between users of our site!
You have to do nothing, but browse out site, and win a daily prize. Click here to read more.
You current ranking:
Time Left: 5h 18m 16s