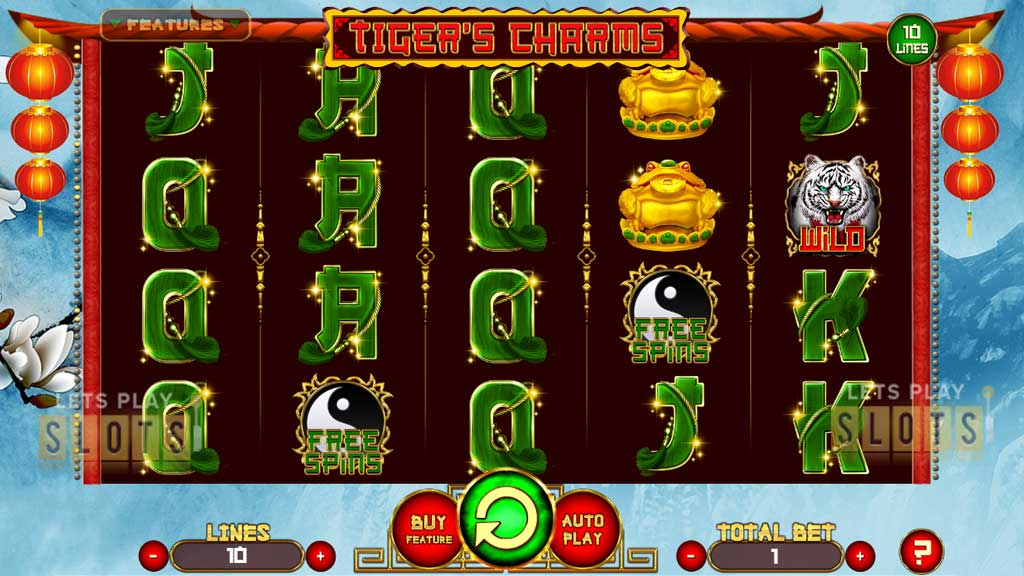 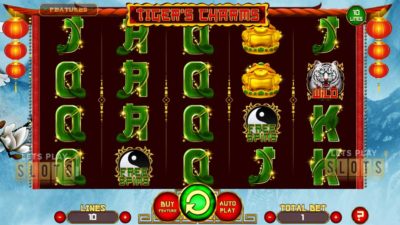 Most of the new slot releases that hog the headlines come from the top gaming developers in the world. This time we cover the latest release from a small developer known as Spinomenal. The company has released a new slot called “Tiger Charms“.

This new game takes players to the wild Orient where they will look to score Oriental symbols and the legendary tiger. The game’s main attraction is that it is very cross-play friendly. Like all Spinomenal games, it is made on HTML5 and is easy to play on a variety of platforms.

Players who start this game up will be immediately confronted with the colourful visuals. The game focuses on red, green, and gold as its main symbols.

It also has a blue background. The game revolves around the beautiful Asian tiger who tiger stalks on to the stage. The game also has an Asian-themed soundtrack to get players in the mood.

The setting of the game is the mountains, with cherry blossoms blooming. The grid is five reels by four rows. The paylines depend on the game. They can range from 10 to 100. The RTP is at a decent 95.75 percent.

Players will be familiar with the low-level symbols, which are the A to J royals. Players will want to score the more valuable symbols which include Chinese characters and more. The game has two special symbols in the form of the White Tiger which is the Wild symbol and the Yin and Yang symbol which acts as the game’s scatter.

The most valuable symbol in the game is the White Tiger. Scoring five of it on a payline will give players the maximum payout of 3000x their stake.

Players will want to trigger the free spins from the Yin and Yang symbols. This is mainly because of how generous the spins are. Players can get from 10 to 100 free spins. Plus, they can get more spins if there are more scatters in the game.

The game also lets one reel to be completely stacked with Wild symbols during each spin. The position changes every spin but this makes the chances of winning much higher. Players who have enough money can skip to the free spins. All they have to do is pay 20 times their initial stake.

Overall, this game is pretty basic but does provide a lot of amusement!

Hurray! There is a competition going between users of our site!
You have to do nothing, but browse out site, and win a daily prize. Click here to read more.
You current ranking:
Time Left: 14h 21m 14s
Gambling is for 18+ though some countries may have other restrictions...Remember you should always Gamble Responsibly
We use cookies to ensure that we give you the best experience on our website. If you continue to use this site you agree to allow us to use cookies, in accordance with our Terms & Conditions.Agree & Close