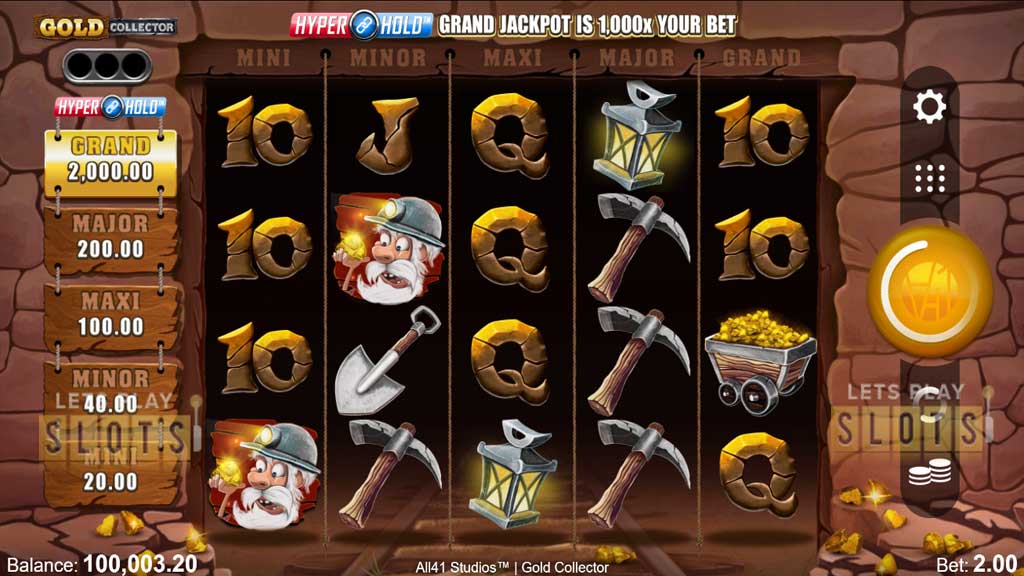 Take A Shot At Making Money With The “Gold Collector” 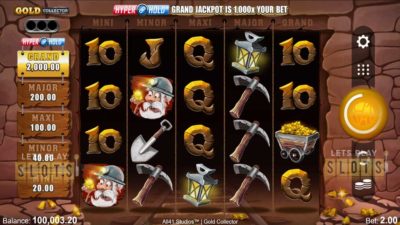 Gold is one of the world’s most precious metals and continues to rise in value. All41 Studios and Microgaming have teamed up to make a slot game that focuses on gold.

When you start this game, you will be taken down a dark tunnel into a gold mine. Players will get to prospect for gold and see if they can find the mother lode of gold in this new slot called “Gold Collector“.

Players are presented with the grid right in the center of the tunnel. There are five reels and four rows along with 50 paylines. High rollers will also be happy with the game’s betting range. Starting at a low $0.10, players can go all the way up to $100. The high bets can be very rewarding since the game has a maximum 1200x payout.

The game’s symbols are an interesting mix. Players will have the card royals as the low-value symbols. They are in the form of stone carvings. The next level is the mining symbols. This includes carts, lanterns, miners, picks and coins. The most rewarding symbol of the bunch is the miner, who pays out with a 15x reward.

Gold Collector has a nice set of special features that should excite all players. The most basic is the Wild symbol. It only appears in the three middle reels and can replace any regular symbol. Besides that, there are the HyperHold feature and the Free Spins Round.

HyperHold is a bonus game triggered by landing three gold coins or more. The reels then clear up and players are given three respins. Every time a coin lands after that, it locks into place and resets the respin counter. Players then either end the bonus round by filling up the grid with coins or run out of respins. Players then collect all the coins and their value. Since each coin has a particular value, players can total up the winnings for truly big wins like a 1000x jackpot.

Players can also trigger free spins. They simply land three scatters and get up to eight free spins. The great thing about this is that it is possible to trigger the HyperHold feature during the free spins so bonus comes after bonus. This game has an RTP of 96.4 percent.

Go ahead and give Gold Collector a few spins when it shows up at your favorite online casino.

Hurray! There is a competition going between users of our site!
You have to do nothing, but browse out site, and win a daily prize. Click here to read more.
You current ranking:
Time Left: 1h 0m 30s