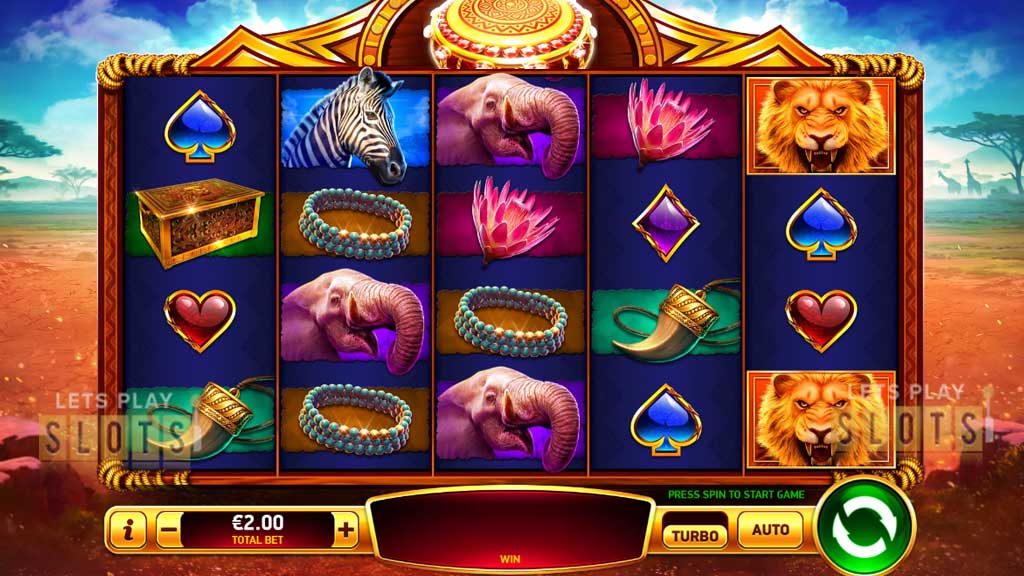 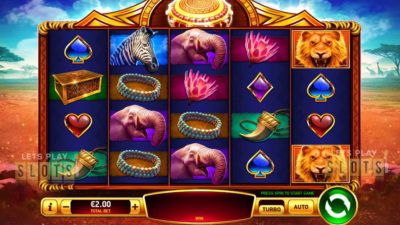 Africa is a fascinating land and one of its most famous lands is the savannas. Home to some of the most amazing wild life in the world, it draws tourists from all over the world. Ruby Play has come out with a new slot called ‘Savage Lion’ which takes players on a safari to encounter this beautiful creature and all the others animals out on the savanna.

Players who start this game will immediately be taken to the wide plains of Africa, with golden waving grass and sparse trees. This is where the lion roams and players will be assisting him on his hunt. Besides the great graphics of the theme, the game also offers some great music.

The game features five reels and an impressive 50 paylines. The game itself features an interesting set of symbols. The game has the card suits for the low-value wins but it also offers more valuable symbols in the form of the various animals of the savanna. This includes elephants, zebras and the lion. The lion is the most valuable symbol in the game. The maximum win amount is 75 times the player’s stake in the basic game.

The basic game does not offer a lot of excitement but things change quickly when the bonuses come into play.

Out on the Hunt

Besides the basic symbols, the game has a wild symbol. The symbol acts like other wild symbols and allows players to complete winning combinations by acting as other symbols. The wild symbols also allow for players to get instant wins. What is special about these wild symbols is that players can collect them. When a wild symbol shows up but does not help a player secure a win, it can be collected. On top of the reels, there is a meter that keeps track of how many wilds have been collected.

During every spin, players have a chance to activate a Super Spin. When this happens, players will see all the wilds they collected released on to the reels. This means that multiple wilds will be active, which can potentially boost the chances of a player winning. Besides that, wilds might end up landing on each other. This results in an additional prize being added. If four wilds land of the same spot, a special wheel shows up that can allow players to win a jackpot prize.

Overall, this is a fun little game that is worth a spin or two!

Hurray! There is a competition going between users of our site!
You have to do nothing, but browse out site, and win a daily prize. Click here to read more.
You current ranking:
Time Left: 21h 23m 20s