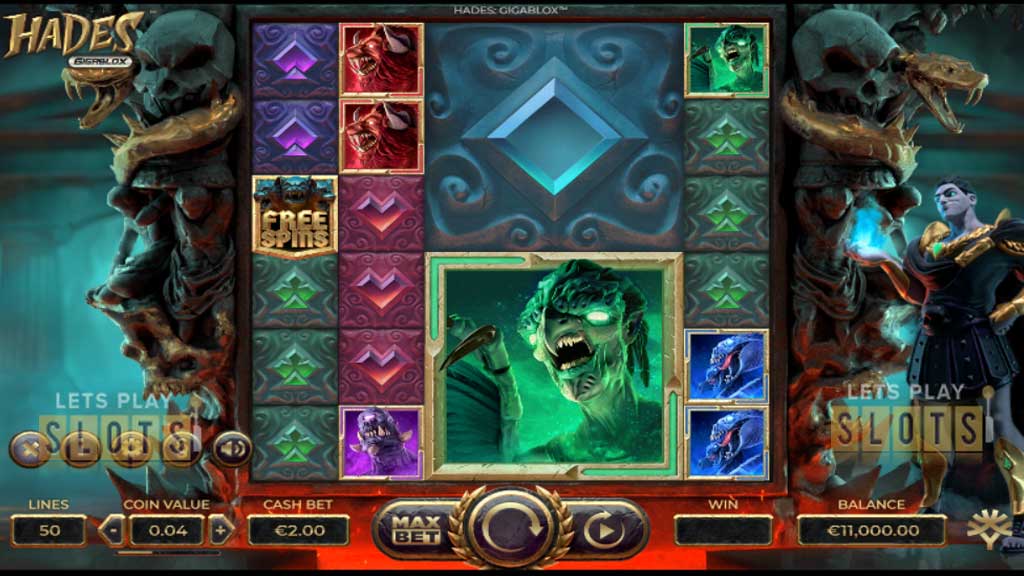 Take A Trip To The Greek Underworld With “Hades Gigablox” 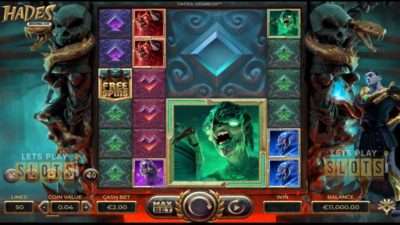 There have been numerous online slots that focus on Greek Gods. However, very few focus on Hades as he is one of those Gods with a negative reputation. Yggdrasil decided to use Hades as the theme for their latest slot called “Hades Gigablox“. In this game, players will be taken to the underworld where Hades rules and they will have to see if they can escape with treasure.

Players will immediately notice that this game has great graphics. The game is set in the underworld, with the dark background being an overwhelming presence. Hades will be watching from the sides of the reels. The music is suitably adventurous and really emphasizes the theme. Thanks to Yggdrasil’s great work, the game looks great whether you play on mobile or desktop.

The center of the screen is dominated by the reels. The grid has six reels and six rows. That is a large field to play with and players will have an equivalently as many as 50 paylines to secure a win.

There are various symbols in play for this game but players will want to get the high-value ones are the various monsters of the underworld. Players get a win by scoring three of them on a payline. Players can get up to six for the max win amount. The more symbols, the larger the prize. The biggest win is 400 times the player’s bet and comes with an RTP of 96 percent.

Yggdrasil has spiced this game up with special features. For one, Hades himself can help out. Sometimes, he randomly attacks one or more of the monster symbols. If this happens, those symbols become wild symbols. Wilds are great since they help complete winning combinations, with them acting as any other symbol except for the scatter.

Additionally, the Gigablox feature can trigger. This is a massive symbol set that drops down and occupies multiple positions on the grid. This can be a good thing since it also makes it easier to win. The biggest blocks can occupy nearly the entire grid so players can be assured of a win.

There is also the free spins feature. The scatter symbol enables this when players score five or more scatters. Depending on the number of scatters scored, players get an increasing number of free spins. During these spins, Hades will always be attacking monster symbols. This increases one’s chances to win while also applying additional multipliers.

Overall, Hades Gigablox is a fun time and deserves a few spins.

Hurray! There is a competition going between users of our site!
You have to do nothing, but browse out site, and win a daily prize. Click here to read more.
You current ranking:
Time Left: 7h 47m 27s