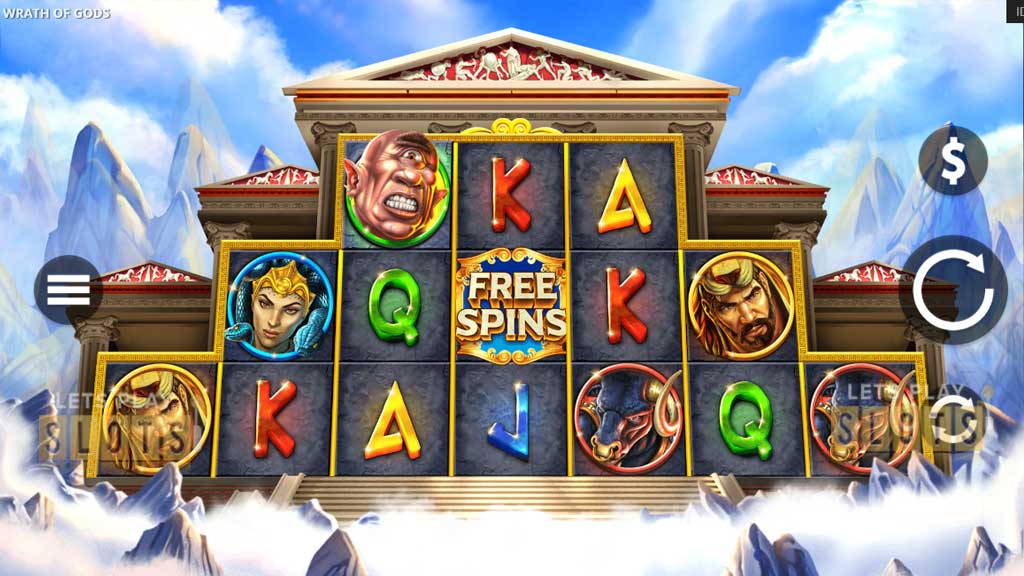 Endemol Games Goes Greek To Face “The Wrath of Gods” 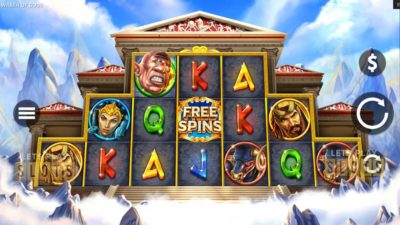 Greek mythology is a favorite theme for slot developers. Endemol Games decided to use this theme and bring together some of the most popular Greek gods in their new slot game titled “Wrath of Gods“.

To experience this adventure, players will climb to the top of Mount Olympus, right where the Greek Gods make their home. The cloudy peaks are all around, as players see the sharp crags of the mountain rise up.

The game’s graphics display it all in great detail. The art of the game is wonderful and really immerses people in the game. A soothing Greek tune plays in the background as players try their luck.

The grid is prominent in the middle and is in the shape of a pyramid. That is a unique shape for a slot game so Endemol Games gets a few points for originality. There are five reels at the bottom row, while the top row only has three reels. The game also has 10 fixed paylines, though the game does allow for players to start their combination anywhere. The RTP is at 96 percent which will be encouraging for most players.

As for the symbols, it is surprising that there are no gods in the mix. Some of the more popular Greek myths show up though. This includes the Medusa, the Cyclops and the Minotaur. Hercules even shows up. This is combined with the normal card royals to create a good mix of symbols.

The real fun of Wrath of Gods is from the various features in the game. The first one helps complete the grid. This is the game’s Expanding Reels feature. This is completely random and happens during any spin. Players are then surprised by an additional row to the grid. This is combined with added paylines, taking it to 30 paylines.

Zeus is another random figure that shows up. He can suddenly appear above the clouds and unleash lightning, which turns the middle reel into Wilds with 5x multipliers. He can also show up to change all low-paying symbols into more valuable ones.

Players can also win free spins from three different gods, each with their own special power. Zeus will give free spins with 10 paylines like normal. Poseidon will expand the reels so that players can have 20 paylines for their free spins. Finally, Hades offers the full experience at 30 paylines.

Overall, Endemol Games‘s Wrath of Gods is a fun game and deserves a few spins.

Hurray! There is a competition going between users of our site!
You have to do nothing, but browse out site, and win a daily prize. Click here to read more.
You current ranking:
Time Left: 5h 37m 9s
Gambling is for 18+ though some countries may have other restrictions...Remember you should always Gamble Responsibly
We use cookies to ensure that we give you the best experience on our website. If you continue to use this site you agree to allow us to use cookies, in accordance with our Terms & Conditions.Agree & Close