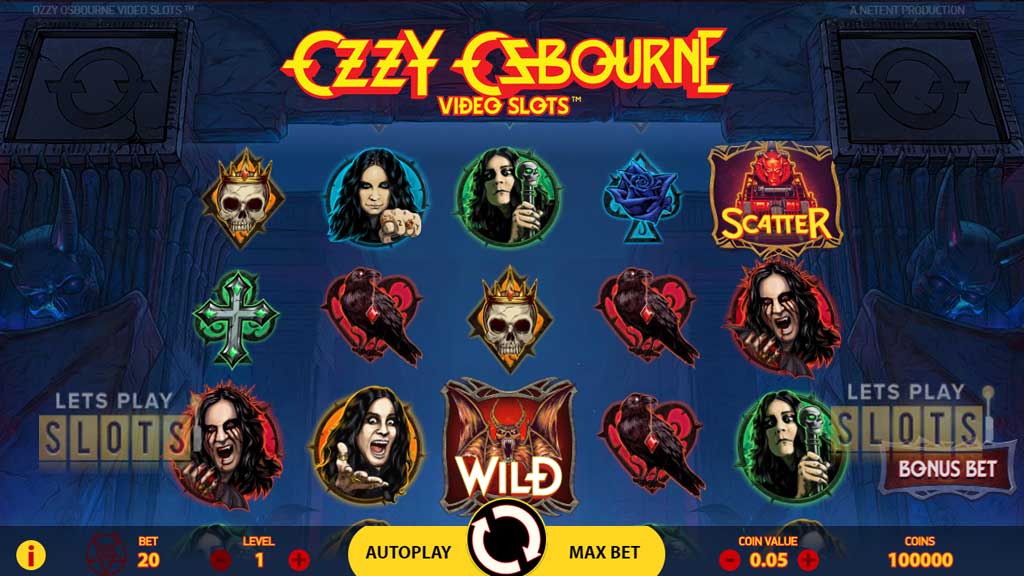 The Awaited “Ozzy Osbourne” Slot Game Is Released By NetEnt 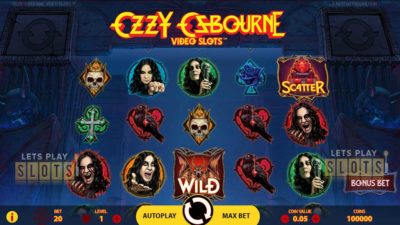 British rocker Ozzy Osbourne is still one of the biggest names in the rock industry. The man is a living legend with decades of music-making history behind him, along with a hit reality TV show.

The Osbourne brand is as popular as ever so it is not surprising to see NetEnt sign a licencing deal in February for the release a slot game in his honour.

The new slot is titled ‘Ozzy Osbourne’ and will give players a chance to interact with Ozzy and see if they can come out on the winning side.


Players will know what to expect from the title of the game but they will be in for a pleasant surprise because NetEnt has done a great job in bringing the Prince of Darkness to life.

With five reels in the middle and 20 paylines, the game offers players a great atmosphere for people to appreciate Ozzy.

The basic symbols for the game are the standard cards but in suitably dark versions: rose spades, cross clubs, skull diamonds and black crow hearts. Players will want to get meatier prizes than these four symbols can give. This is why they will want to score one of the four Ozzy symbols out there. The most valuable one is the bloody Ozzy which gives players 50 times their total stake if they have five of it on a payline.

However, players will want to add to their wins in any way possible. Players have a chance to opt into the Bonus Bet feature. They will have to pay extra for this but they will essentially have a chance to get more free spins and increased multipliers when the free spins feature is activated.

Loads Of Spins On Offer

There are two types of bonus spins. Both of them are activated by the scatter symbol. Players who get two scatters will get a respin while also activating the Symbol Charge Up feature. This gives players a chance to get awarded a random symbol and feature. Players can get free spins if they get the Bat Head symbol on the spinner.

The Free Spins feature requires three scatter symbols. For each free spin, players activate the Symbol Charge Up every time. Players can get even more free spins, with them getting a total of seven free spins.

The Symbol Charge Up features awards either a jackpot award, more wilds, and even a multiplier for symbols. The best one is the bonus that converts all symbols of a particular type to the next higher value.

Overall, the Ozzy Osbourne slot is a fun experience and deserves a spin or two in honour of this rock legend. The NetEnt game has an RTP of 96.67 percent.

Hurray! There is a competition going between users of our site!
You have to do nothing, but browse out site, and win a daily prize. Click here to read more.
You current ranking:
Time Left: 19h 32m 2s