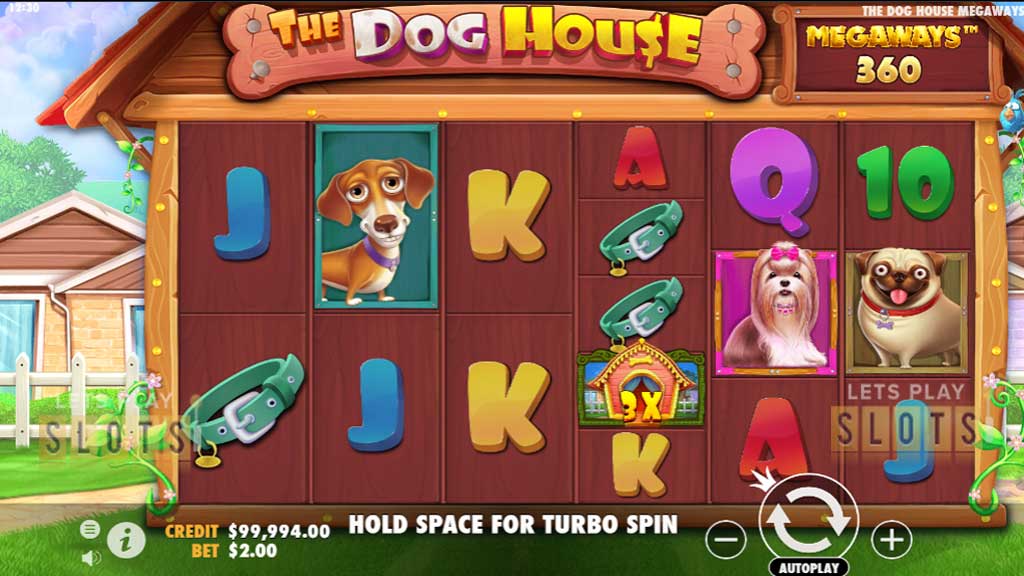 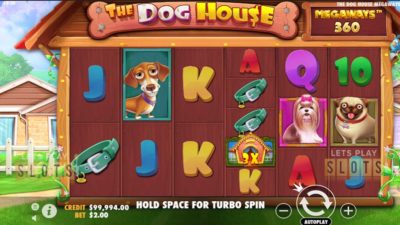 Dogs are beloved pets loved by millions of people all around the world. Slot developers have come out with dog themed games over the years and this time around it is the turn of Pragmatic Play to do so. The latest game is titled “The Dog House Megaways” slot.

The Dog House was a big hit when it was first released and it looks to be repeating that feat. The game by itself has not changed a lot. It still has the cartoonish design of the original, which is a big plus.

Players are presented with a suburban neighborhood and a doghouse dominates the screen. This is where the reels spin and the focus of the action.

The game’s four dogs are lounging around and they will be showing up as the game’s symbols. The upbeat soundtrack will have players humming along which should be encouragement enough to play the game.

The main change is that the game is now a MegaWays game. Instead of the usual way a slot works with normal amount of reels and spin, a player now has seven reels and six rows. The normal paylines are gone and now players have 117,649 ways to win. The game’s RTP is at 96.55 percent. With the game’s betting range of two cents to a hundred euros, players can be as risky as they want

The game’s mix of symbols is the standard one. There are the card symbols, which are low in value, and then there are the dogs. Four of them show up in the game and each brings in a great amount when scored.

These cute dogs are ready to have fun and they can enjoy that thanks to the pawprint symbol, the game’s scatter. Players can get a minimum of seven free spins to thirty free spins. The great thing about these free spins is that players can choose what sort of special feature they want to activate.

There are two options. First, there is Sticky Wilds Free Spins which allows for up to seven sticky wilds to appear on the reels, along with some special multipliers. Since they are sticky, the wilds will stay until the end of the free spins. The second free spins special feature is the Raining Wilds Free Spins. Wilds are also available in this option but instead of being locked in position, players will get them in random positions.

Players don’t even have to wait for the scatters to be scored. They can buy free spins by paying 100 times the current stake. The players then see the scatters appear for scoring in the next spin. Overall, this is a fine little game that adds spice to the original.

Hurray! There is a competition going between users of our site!
You have to do nothing, but browse out site, and win a daily prize. Click here to read more.
You current ranking:
Time Left: 1h 46m 55s
Gambling is for 18+ though some countries may have other restrictions...Remember you should always Gamble Responsibly
We use cookies to ensure that we give you the best experience on our website. If you continue to use this site you agree to allow us to use cookies, in accordance with our Terms & Conditions.Agree & Close