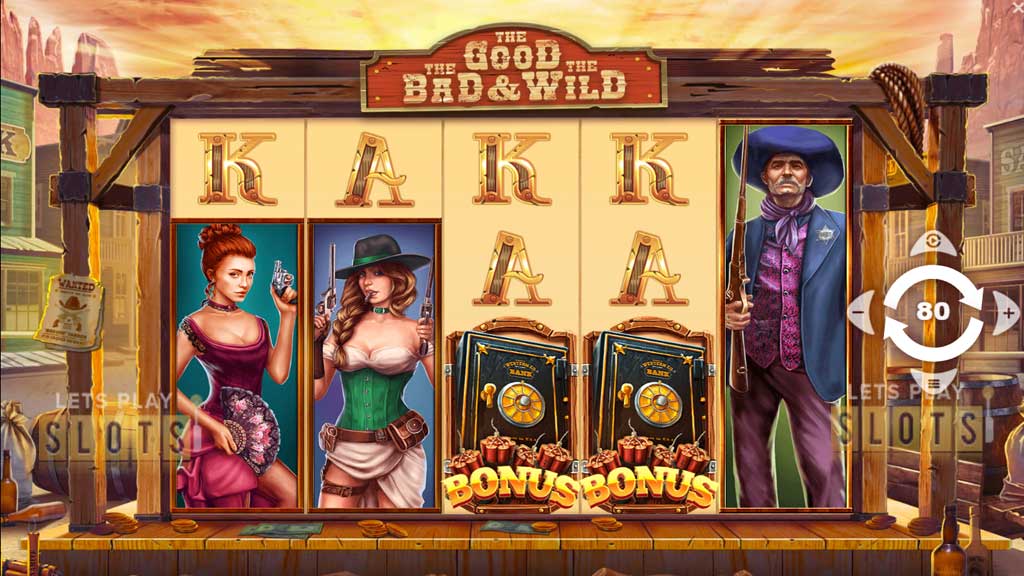 “The Good, The Bad & The Wild” Comes To Pariplay 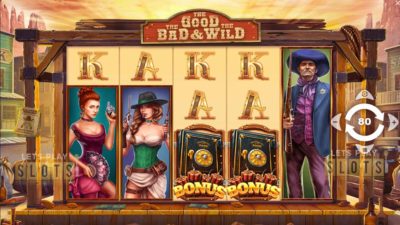 If you enjoyed movies celebrating the Wild West and know who Clint Eastwood is, then you should have, would have enjoyed ‘The Good, The Bad and the Ugly’, one of the most iconic western movies ever made. Pariplay decided to use a similar theme in its latest slot game titled “The Good, The Bad & The Wild“.

Played with the backdrop of a Wild West town, players will be trying to keep the peace and arresting any lawbreakers. Pariplay brings the challenge of fighting for law and order to life with this game.

Players will instantly recognise the theme the moment they start this game up.

Featuring five reels and 40 paylines, players will be seeking to get winning combinations from the basic A to 10 symbols written in a Wild West font. Besides these basic symbols, players will also be hoping to get some of the more advanced symbols.

The symbols that players will want to score are the two women with guns, a bandit, and the sheriff. Of these four, the sheriff can give off the biggest reward. Players who land five of the sheriff on a payline will be able to get 37.5 times their stake. The special thing about the characters is that they can appear stacked in a reel, which can increase the chances of winning.

Players will enjoy the game’s special features. First, there is the Shooting Wilds feature. Every spin, the sheriff fires off a few shots. If they hit any position, they become the wild symbol. For this game, it is a sheriff’s badge. Thanks to this feature players can get up to 20 wilds in one spin. If a player scores five badges, they will get 62.5 times their stake. If they are really lucky and fill up the entire grid, they will win 2,500 times their stake.

Overall, the Pariplay game will provide players with a lot of fun and a decent chance of walking away with a win!

Hurray! There is a competition going between users of our site!
You have to do nothing, but browse out site, and win a daily prize. Click here to read more.
You current ranking:
Time Left: 53m 19s