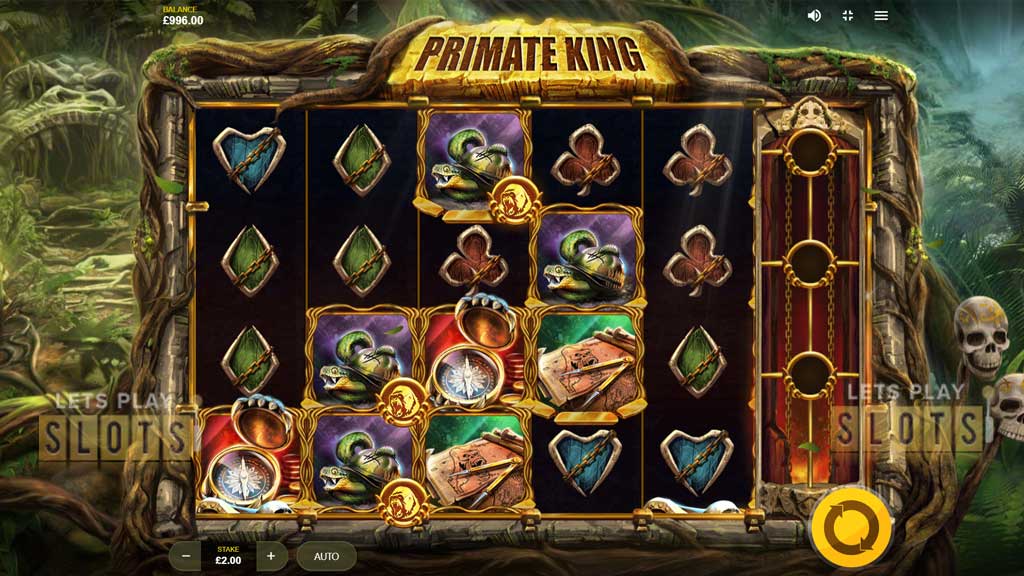 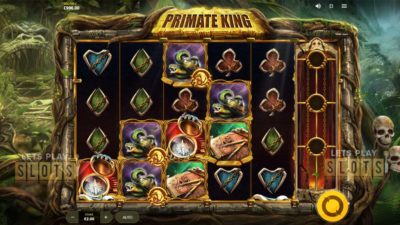 Red Tiger Gaming has come out with a new animal themed game that is all about the fierce “Primate King“. This game is in some ways a bit of a King Kong copy but the developer has done a great job with the graphics. Players are taken to a dense jungle where they will see skulls on spikes and gigantic snake heads. This is where the action happens and players are going to have a lot of fun with this one.

The setup of the game has players trying to score winning combinations on a grid with five reels and four rows. There are 30 paylines to work with so players will have a good chance of winning. Unfortunately, the game has a pretty low max cash jackpot compared to other games. It is only $900 and hence if you are looking for big payouts, this slot might not be the one for you.

We say this because the game also has a narrow betting range. Players will only be able to bet from $0.20 up to $20. That is a lot lower than the average betting range for most modern slots. High rollers will be sure to avoid this game though those with limited funds may try it out.

The game’s symbols are a good mix. There are eight regular symbols in total. Four of them are card suits. The others are maps, turtles, treasure chests and compasses. The treasure chests are the most valuable and have a large payout. The Primate King acts as the game’s wild symbol.

The game features an upgrade meter. This goes up every time a gold coin is collected as a random reward. The bonus increases once the levels go up. There are three different levels available. Level one turns a regular wild into a stacked Wild. Next, level two adds a multiplier to a stacked wild.

Finally, in level three, players will turn a random reel into a multiplier wild stack. It will stay that way until a player wins. Level three also provides players with a sixth reel that will stay there as long as players don’t change their betting levels.

There is also the Primal Smash feature. This happens when a player doesn’t win when they have a Wild symbol. Players will then see the gorilla get angry and smash all low-value symbols from the screen and potentially giving players the big win. This game has an RTP of RTP of 95.66 percent.

Hurray! There is a competition going between users of our site!
You have to do nothing, but browse out site, and win a daily prize. Click here to read more.
You current ranking:
Time Left: 5h 8m 20s