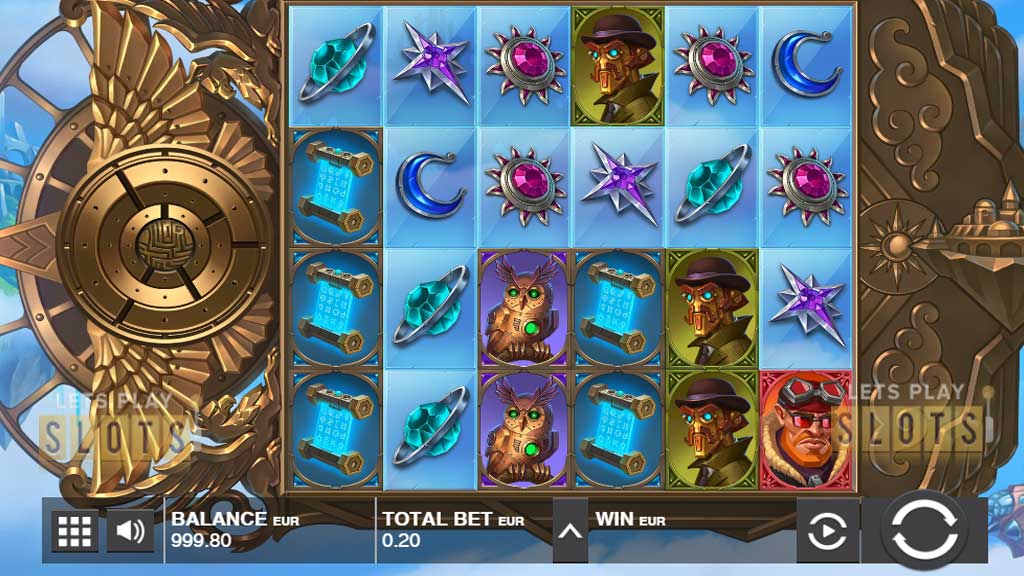 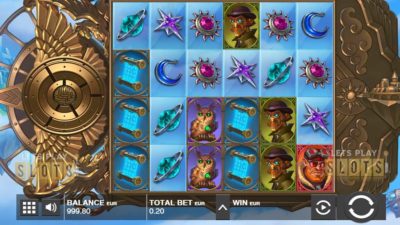 We have seen more steampunk slots coming out in recent months as the theme has struck the right note with the global slot market. The latest developer to experiment with the steampunk theme is Push Gaming. The developer has released a new slot called “Land of Zenith“.

Set in a retro-futuristic world of steampunk pirates and floating cities, players are greeted with great artwork and designs that shows them a very different world. Players are also treated to a nice soundtrack that fits the theme.

The game’s central grid is made up of six reels and four rows, is set in the center of the screen and has 30 paylines for players to win. The game has an impressive set of symbols to work with. The low-value symbols are mainly different-colored gemstones. The next level of symbols are the various fut scrolls, mechanical butterflies and robot owls.

The top-level is made up of the various characters of the game. This includes a girl, a robot, a navigator and the captain. The game also has wild and scatter symbols. The crest is the wild while the turner discs are the scatters.

The game’s betting range is pretty impressive. Bets can go from $0.10 all the way up to $100. That is a good mix and can be very rewarding. The minimum allows for more play while the high maximum gives players a crack at a big prize. For example, the most valuable basic symbol is the captain and he can pay out 200x the player’s stake.

The game has two features to watch out for. They are the Bouncing Mystery feature and Hypermode Free Spins. The turner discs which are the game’s scatter symbol activate this. As part of the background, there are discs that move when they land. If they suddenly line up, the features will activate.

For example, when the discs align so that their grooves form a line from the inner to the outer ring, the Bouncing Mystery feature activates. Players get to respin the reels and an orb will bounce around randomly. When it hits the reels, a mystery symbol will pop up,

Then there are the Hypermode Free Spins. The discs have groves that light up. When this happens, players get 20 seconds to spin unlimited free spins. It starts at regular speed but when a wild lands, the speed gets faster. Players can also retrigger and they will get another 10 seconds of play. If they get four or more retriggers, the low-paying symbols are removed.

Overall, this is a great game from Push Gaming with fun mechanics and comes with an RTP of 96.29 percent.

Hurray! There is a competition going between users of our site!
You have to do nothing, but browse out site, and win a daily prize. Click here to read more.
You current ranking:
Time Left: 5h 49m 29s