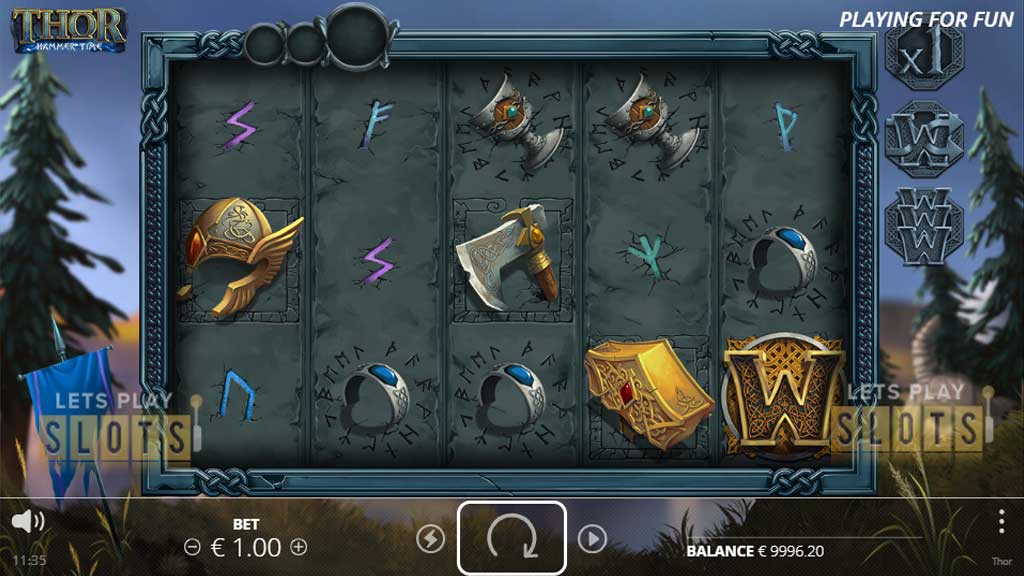 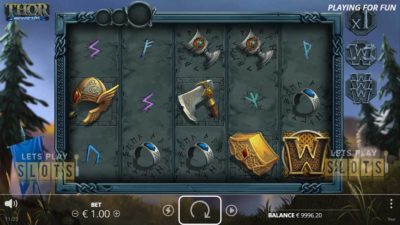 Thor is the most popular Norse God out there thanks to the numerous comics and movies that have helped him grow in popularity throughout the world.

Nolimit City is planning to use this popularity to its advantage with its newest slot game titled “Thor: Hammer Time“. Players will be helping the Norse god of thunder in his latest adventure!

When players start this game, they will be taken to a woodland. The graphics are excellent and the sound track will keep players glued to their screens.

There are five reels and 20 paylines in this game which can be accessed on multiple devices.

The goal of the game is to get winning combinations of the ten symbols that are found in this game. Five of these symbols are lower value rune stone symbols. The more valuable symbols include a ring, goblet, an ax and a warrior’s helmet. The most valuable is Thor’s gold hammer. Players who get five of it on a payline get 15 times their total stake. There are also wilds, bonus symbols, and scatter symbols to spice things up.

The game has many special features that should make it a favourite among players. First, there is the completely random Rune Raze feature. The result is that all rune stones turn into the same matching symbol. This can turn into a major win for players.

Players can also randomly get a Hammer Time Bonus, which turns all the high-value symbols into the gold hammer symbol. Other bonuses require landing specific symbols though. The Thor’s Lightning Bonus feature requires that players land the Thor’s Lightning Bonus symbol on reel five. Players will then get a random amount of bonuses. These include multipliers, sticky wilds, and sticky wild reels. Players can also get respins.

Players can also trigger the Scatter Energy Collect feature by getting two or more scatters. The scatters will lock into place and players will then get a respin. Player who score three scatters on a spin will go on to the Asgard Spins feature. The Asgard Spins feature gives players free spins and the chance to see Thor appear. This will activate bonus extras and add modifiers to the win. The result is that players can win up to 1,200 times their stake.

Overall, Nolimit City Thor: Hammer Time is a fun game that gives players a chance to win a big payout!

Hurray! There is a competition going between users of our site!
You have to do nothing, but browse out site, and win a daily prize. Click here to read more.
You current ranking:
Time Left: 10h 27m 22s