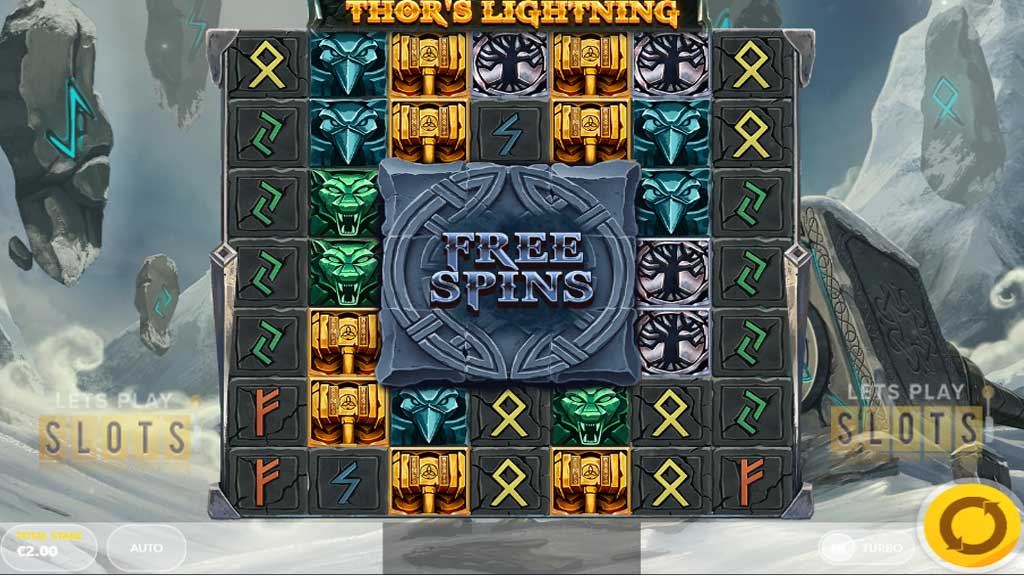 Red Tiger Gaming continues its streak of great games by releasing “Thor’s Lightning!” This slot game is as epic as it sounds with a 7×7 reel display, something that is pretty unique when it comes to slot games. It also has a unique way to win – instead of a pay line, players are hoping to get clusters of at least five symbols to start scoring.

Instead of being dependent on the left-right combinations of other slot games, Thor’s Lightning checks whether five symbols are adjacent to each other. This can either be horizontally or vertically. The gameplay is challenging as it is a lot more difficult since the game has a lot of symbols to play with. There are four Norse runes which pay low, while the tree, wolf, Thor’s hammer, and crow are the higher paying symbols.

The most valuable symbol is Thor’s hammer. The great thing about the large playing field and the unique gameplay is that it gives players the opportunity to walk away with really big sums of cash. This can be seen by the fact that if players get 40+ of Thor’s hammer in a single spin, they can get a massive payoff.

The game also has two special features that can happen during any spin. First is the Lightning Strikes feature when Thor summons lightning to help players. When it hits, symbols can turn into a single symbol. Additionally, the Hammer Strike feature has Thor throwing his hammer to nudge or remove symbols.

Plus, every winning combination is removed from the board, and new symbols are dropped down. This can allow players to have the opportunity to win more. It also helps as the Thor symbol can act as a wild.

However, the biggest wins are only achieved by unlocking the center. The central 3×3 block area is sealed. Any time a player gets a winning combination beside it, the seals are removed. Players who unlock them all get up to choose from two free spin rounds.

There is the Valhalla Free Spins feature. Players who get this feature have a chance to get a stake multiplier that will raise their total payout. Next, there is the Muspell Free Spins feature, which only has the high-value symbols in play combined with random destruction of symbols.

Overall, Thor’s Lightning looks great and has gameplay that matches. Players will be sure to love this new release.

Hurray! There is a competition going between users of our site!
You have to do nothing, but browse out site, and win a daily prize. Click here to read more.
You current ranking:
Time Left: 8h 27m 57s