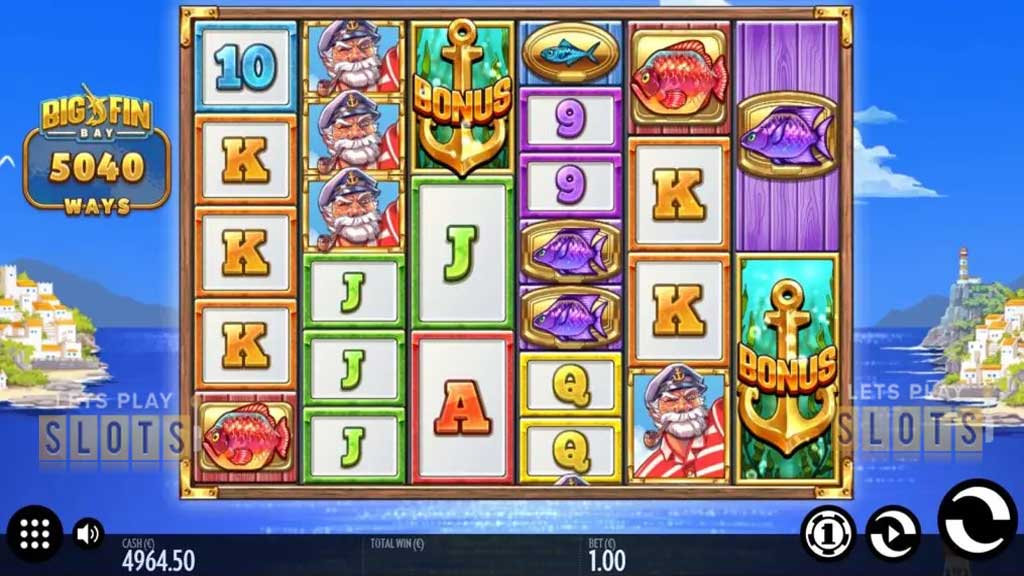 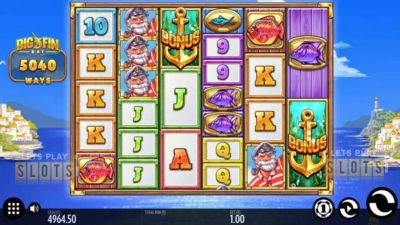 If you are stressed out by what’s happening in the world, it might be time for you to take a break and go fishing.

If you are not allowed to go out fishing due to the lockdown, you should try fishing via the new slot game from Thunderkick titled “Big Fin Bay” slot.

In this game, players are taken to Big Fin Bay and are given a chance to land one of the blue marlins that are lurking under the bright blue waters. When players start this game they will see a big grid which dominates the screen.

Players will have six reels. Instead of the normal rows, the game has symbols in different shapes show up.

A max of seven symbols can show up on each reel. The normal amount of pay lines is 5,040 but this can go way up when the bonus game kicks in.

The game also has a wide betting range. Players can start off betting at $0.10. But players can go all the way up to $100. That is a pretty high betting ceiling and can attract high rollers to the game. The higher the wager, the bigger the payout.

As for the symbols, the low-value symbols are the card royals. The next step up is the four different colored fish. Finally, an old fisherman is the game’s most valuable symbol. There are also two special symbols. One is the Golden Marlin Fish that acts as the Wild Symbol and can act as any regular symbol. The Anchor serves as the game’s Scatter.

The game has different special features. Players who score three or more Scatters anywhere on the reels trigger the Free Spins feature. All the reels with a scatter then give players six spins. The maximum amount of free spins you can get is 36.

During these free spins, players have a chance to activate the Mystery Wilds. With every spin, players have a chance that the feature triggers. Players can then see up to three reels become all Wilds. Entire reels full of Wilds can make the game very interesting and give players a chance at the big wins. This game has a good RTP of 96.14 percent

Overall, Big Fin Bay offers players an interesting and fun experience. Do give this game a few spins when it shows up at your online casino.

Hurray! There is a competition going between users of our site!
You have to do nothing, but browse out site, and win a daily prize. Click here to read more.
You current ranking:
Time Left: 5h 54m 33s