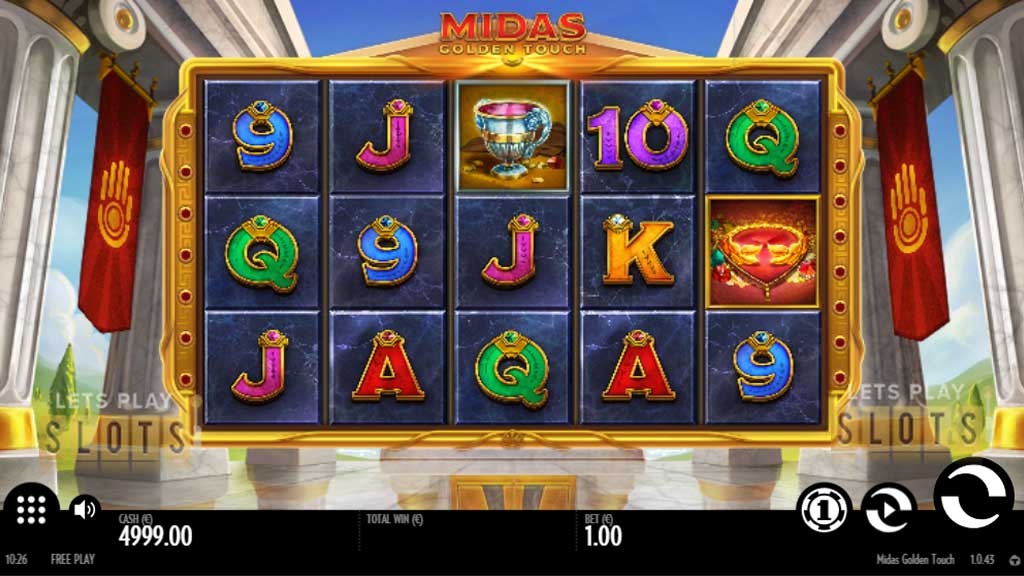 Thunderkick Players To Find If They Have The ‘Midas Golden Touch’ 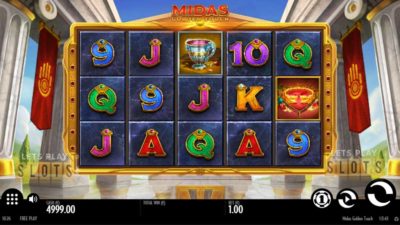 Thunderkick is known for coming out with some really cool slots. This time around, the gaming developer wants players to check if they have the ‘Midas Golden Touch’ which is the title for their latest slot offering.

This game takes players to the castle of King Midas and gives them a chance to find their fortune.

The game features five reels and 15 paylines which should be enough for most slot games. Playable on all devices, the game’s real attraction is its big bonuses.

Before players get to these bonuses though, they will have to play the game’s basic mode.

When players start the game, they will encounter some great audio-visuals that take them into a Palace where they will begin their hunt for gold. In basic mode, this slot is pretty similar to most slot games as it has the usual card symbols which act as the regular low paying symbols. Players can enjoy a relaxed gaming experience during this phase and prepare themselves for the next stage where they look to score high value symbols.

These fancier high-value symbols come in the form of crowns, chalices, treasure chests and King Midas. The most valuable symbol though is King Midas. If players get five symbols of the King, they can get 75 times their original stake.

There are also wild symbols. These are represented by the hands of King Midas. They can replace any symbol in a combination except for the scatter. Depending on the number of wilds involved in the winning combination, players can get multipliers. A single wild can double the earnings of a spin and it increases to 32 times if five wilds appear.

The real highlight of the game happens when the castle symbol appears. This symbol acts as the scatter, symbol. Players just need to get three of them to activate the bonus game where they receive between 10 to 20 free spins.

There are several bonuses that appear during these free spins. For one, there is the sticky respin feature. Winning combinations will have their symbols locked and a free respin is given. This continues until no additional combinations show up. Wilds are randomly added during each free spin. This makes the game interesting for players as there is a lot of potential wins to be had, along with multipliers.

Overall, Midas Golden Touch is a game for those who want explosive wins. Players should try it out when it arrives at their favorite casino.

Hurray! There is a competition going between users of our site!
You have to do nothing, but browse out site, and win a daily prize. Click here to read more.
You current ranking:
Time Left: 8h 28m 42s