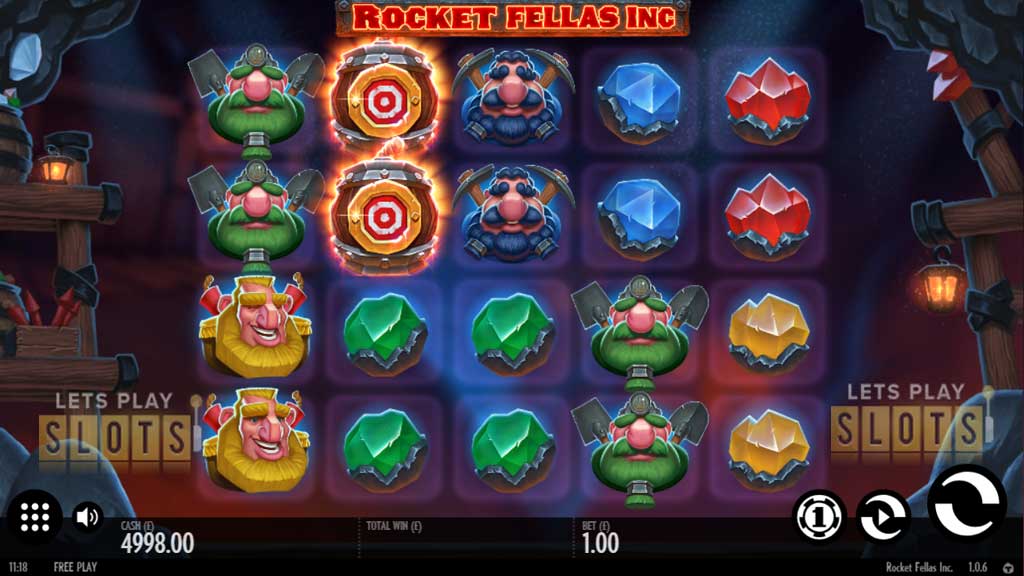 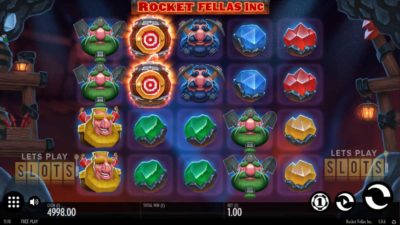 Thunderkick is about to make slot players very happy as the company has confirmed that its latest slot game “Rocket Fellas Inc.” will be available from December 5.

Set in a jewel mine, players are working with the Rocket Fellas. They are a group of four miners with a rather unique approach to mining, relying heavily on the use of rockets and explosives.

The game is a colourful addition to any online casino and provides players with some cool gameplay.

This slot game features the normal five reels and three rows that a lot of players are familiar with. There are 30 pay lines for players to have a chance at winning and the standard features that many are familiar with like the auto spin. However, Thunderkick threw in some fancy twists that make this game a unique experience.

First, instead of mixing in card symbols for the slots, all of the game’s symbols are unique and fit with the theme. The low-paying symbols are the gems that can be found in the mine. For players who want to get a bigger jackpot, they need to get one of the four members of the Rocket Fellas. Players can get a maximum of 15 times their initial stake if they get one of these Fellas.

Secondly, there are three special symbols that are connected to each other. They are the barrel of gunpowder, the rocket symbol and the wild symbol. Wilds act like all other symbols except for the scatter symbol. However, wilds don’t just appear just like that. Wilds first show up either as a rocket on the first reel or a barrel of gunpowder.

When a rocket shows up on the first reel, it launches itself when the reels have stopped. The original slot is replaced with a wild, while any barrel that the rocket hits – along with any other barrel connected to it – explodes and becomes a wild. The barrels even before exploding are also one of the biggest prize symbols so it is worth it to try and score them.

The real big boom takes place when the bonus game is activated. The Rocket Fellas logo acts as the scatter symbol. Players just need a mix of three symbols on a payline and they will get to enter the bonus game.

In the bonus game, players get 10 free spins. If they score two or more bonuses, they will be able to get more spins. The real advantage of the bonus game is that all wilds become sticky wilds and persist through multiple spins. Rocket Fellas is sure to cause an explosion with slot lovers!

Hurray! There is a competition going between users of our site!
You have to do nothing, but browse out site, and win a daily prize. Click here to read more.
You current ranking:
Time Left: 45m 39s