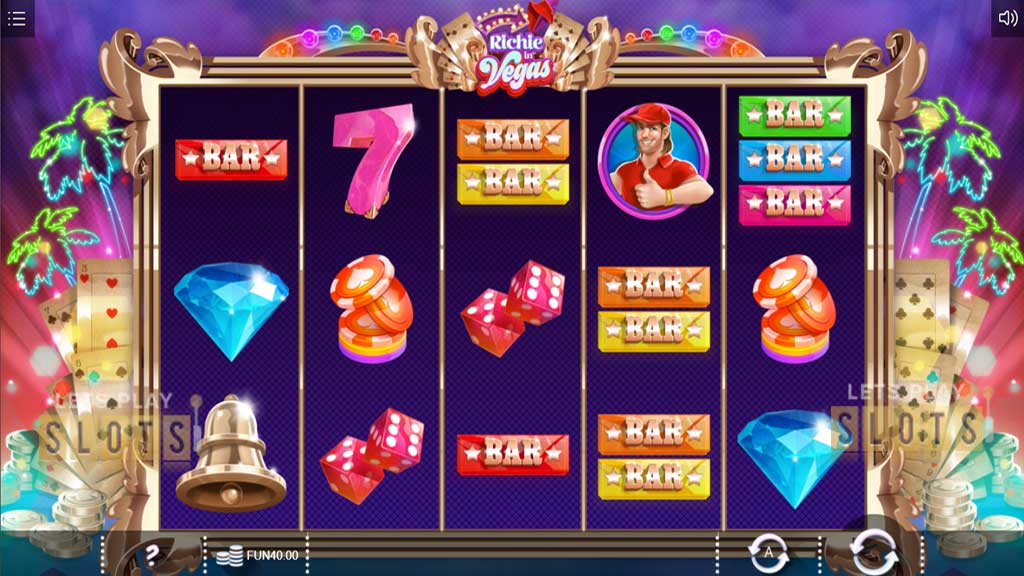 Travel To Sin City And Win Big With “Richie in Vegas” 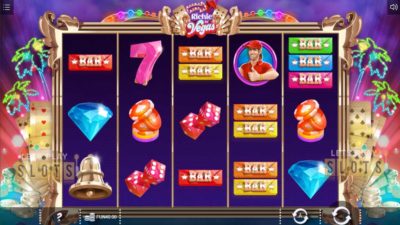 Las Vegas is the ultimate dream destination for gamblers and many casino game developers use Las Vegas as a theme to get online players to check out the bright lights of Vegas and its casinos from the comfort of their own homes. Iron Dog Studio is the latest game developer to use Las Vegas as a setting for its new slot game ‘Richie in Vegas’. Players travel with Richie to Vegas to have some fun under the neon lights.

Players will be greeted by the sights and sounds of Las Vegas when they start this game. This slot has 5 reels and 20 paylines. Players can also play the game on all major platforms: desktop, mobile and tablet.

As for basic gameplay, the idea of getting winning combinations is the main objective. The symbols that players are trying to score include dice, poker chips, double bars, bars, golden bells, triple bars, pink 7s, and blue diamonds. All of the symbols are traditional slot imagery so they will give players the feel of playing a slot machine at a Vegas casino. Richie himself will be appearing on the reels and acts as the most valuable symbol. If a player gets five Richie symbols, then they get 20 times their stake.

The game has several special features. The most obvious one is the wild symbol. There are two wilds available. The standard one acts as the normal wild symbol which substitutes for basic symbols. The other one is the expanding wild which fully covers an entire reel. If a player manages to cover all five reels with expanding wilds, they will get 400 times their stake.

Another bonus is the Wheel of Chance. This is triggered when this symbol appears on the third reel. Players will then get a spin of the wheel to get a prize ranging from cash bonuses to starting the Free Spins Features. The Free Spins feature just gives players six free spins and a chance at the Wheel of Chance after every spin – but the Wheel is now turned into the VIP Wheel.

The VIP Wheel offers bigger prizes and an entry to the High Roller Wheel. The High Roller Wheel is the highest level of the Wheel of Chance and offers prizes like 50 times the player’s stake, eight wilds, expanding wilds, and even more free spins.

Finally, there are the Jackpot Richie symbols that appear only in the free spins. Players who score five of these in a spin will get 2,000 times their stake. Overall, Richie in Vegas looks like a pretty fun time. With a big chance at massive wins, players should give it a spin!

Hurray! There is a competition going between users of our site!
You have to do nothing, but browse out site, and win a daily prize. Click here to read more.
You current ranking:
Time Left: 4h 28m 52s
Gambling is for 18+ though some countries may have other restrictions...Remember you should always Gamble Responsibly
We use cookies to ensure that we give you the best experience on our website. If you continue to use this site you agree to allow us to use cookies, in accordance with our Terms & Conditions.Agree & Close