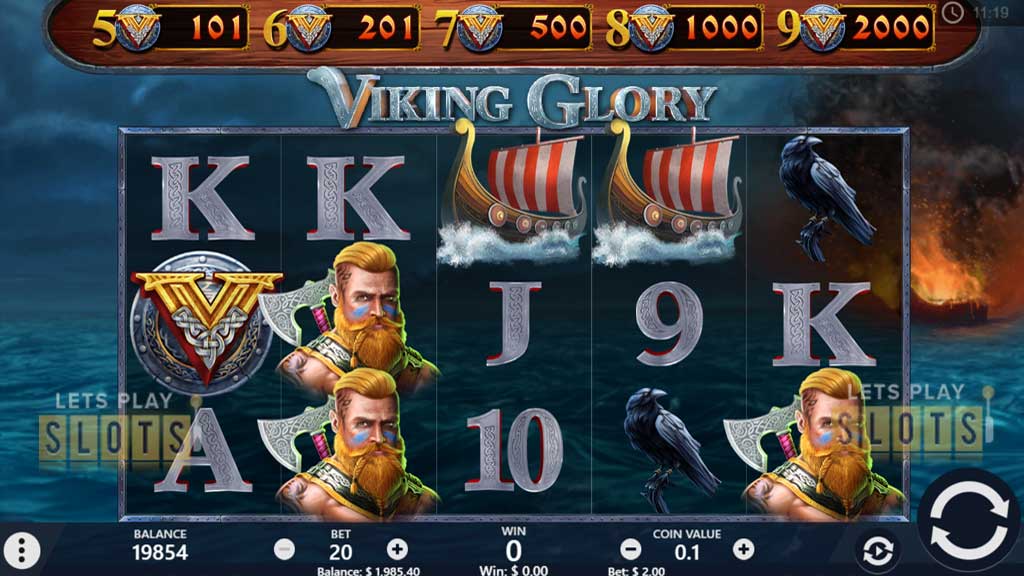 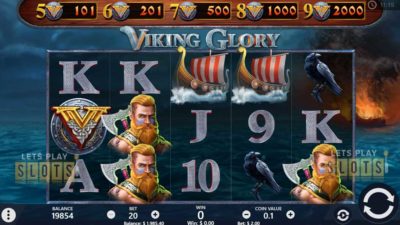 The Norse Vikings are a popular theme these days for slot developers and movie makers. Pariplay is bringing players back to the North again with their latest “Viking Glory” slot.

Players in this game set sail with Viking warriors as they look for glory on the high seas. For those who can’t get enough of the Viking theme, this game is definitely one to try.

Players are taken to an ocean backdrop as a flaming ship burns in the background. This slot has five reels and 30 paylines along with great graphics and stirring music that should get players pumped up for some betting action.

Players are hoping to get winning combinations and there are several symbols to work with. There are the basic A to 9 symbols rendered in the Norse style combined with symbols like a horn and helmet. The most valuable among them is the raven. Players who score five of these will get 15 times their stake. There is also a wild symbol in play, the bearded Viking, which can act as one of the standard symbols. Players who get five wilds on a payline can get 20 times their stake.

Like many slot games, the real draw of Viking Glory is to get the extras. For one, there is the Power Play feature. The trigger for this is the dragon figurehead symbol. When this appears, a horizontal reel appears and spins to add two modifiers to the spins.

The modifiers include credits, which awards instant credit. Depending on the number of dragon figurehead symbols in the triggering spin, the larger the award. Players could end up with a Wild Reel for the next spin. Players can also make use of another modifier by applying multipliers to the spin. This can range from 3x to 10x. Finally, a player can get free respins depending on the amount of dragon figureheads.

Players can also score three or more Viking Ship scatters. This will give players access to the Free Spins feature. This is fun because it is three different rounds, each with five free spins. Depending on the round type, there are different ways to score. The main focus for these free spins is to land a jackpot. Players who score nine or more of the Viking Shield symbol gets 200 times their stake.

Overall, Viking Glory is fun game and provides players with a good chance of winning big.

Hurray! There is a competition going between users of our site!
You have to do nothing, but browse out site, and win a daily prize. Click here to read more.
You current ranking:
Time Left: 10h 20m 8s
Gambling is for 18+ though some countries may have other restrictions...Remember you should always Gamble Responsibly
We use cookies to ensure that we give you the best experience on our website. If you continue to use this site you agree to allow us to use cookies, in accordance with our Terms & Conditions.Agree & Close