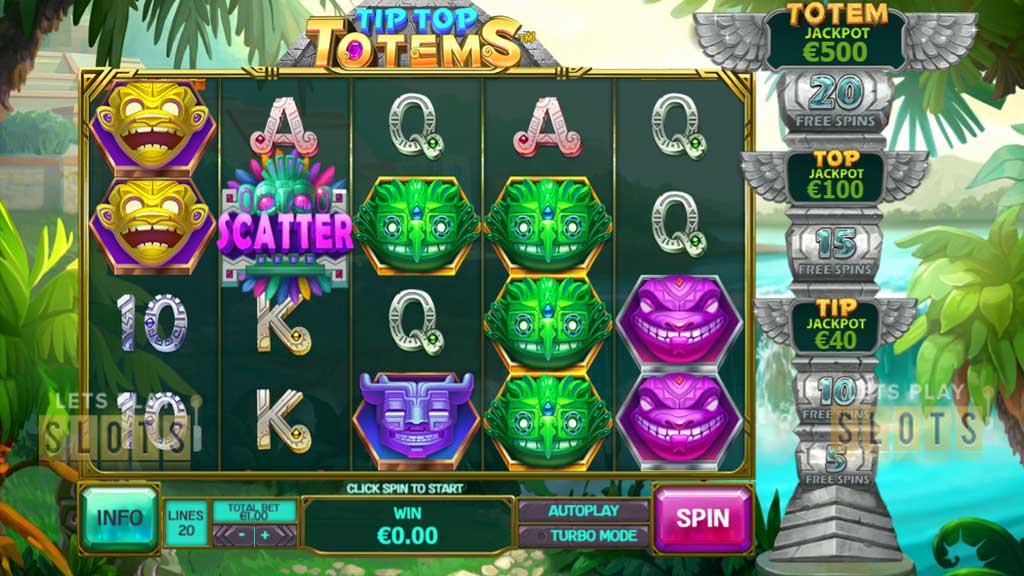 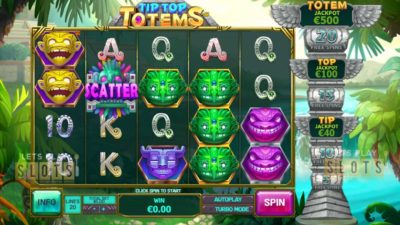 The jungles of South America are a mysterious place as history gives us a lot of information on the ancient civilizations: the Mayas and the Aztecs that flourished in this part of the world.

They have left signs of their habitation all over the place, sometimes in the form of totems. Playtech has decided to use this theme in their latest slot offering called “Tip Top Totems“.

This new slot game takes players to the Amazon jungles and presents them with a chance to win some Aztec treasures. Tip Top Totems features five reels and 20 paylines. The main symbols available for this game can be found in two sets.

One set is the low-value symbols which are the A, K, Q, J and 10 playing cards. The more valuable symbols are the totem heads. The red totem is the most rewarding one with five of them on a payline giving out 15x times their stake. There is also a jewel-encrusted wild totem which acts as all other symbols except for the scatter. If a player gets five of it, they will get 50 times their stake.

The free spins that players get during the Totemania feature activate the Free Games feature. This essentially gives players score multipliers and additional wilds in the game The minimum is five free spins with a 2x multiplier. Though the jackpot from Totemania is big, the wins during the Free Games feature can be bigger with a 4x multiplier. If a player fully fills the reels with wilds, they can get 4,000 times their stake.

Overall, Tip Top Totems is an impressive game that brings something new to the market. Combined with the great graphics, the game will provide players with an excellent gaming experience. Do give it a spin when it comes to your favourite online casino.

Hurray! There is a competition going between users of our site!
You have to do nothing, but browse out site, and win a daily prize. Click here to read more.
You current ranking:
Time Left: 9h 50m 1s