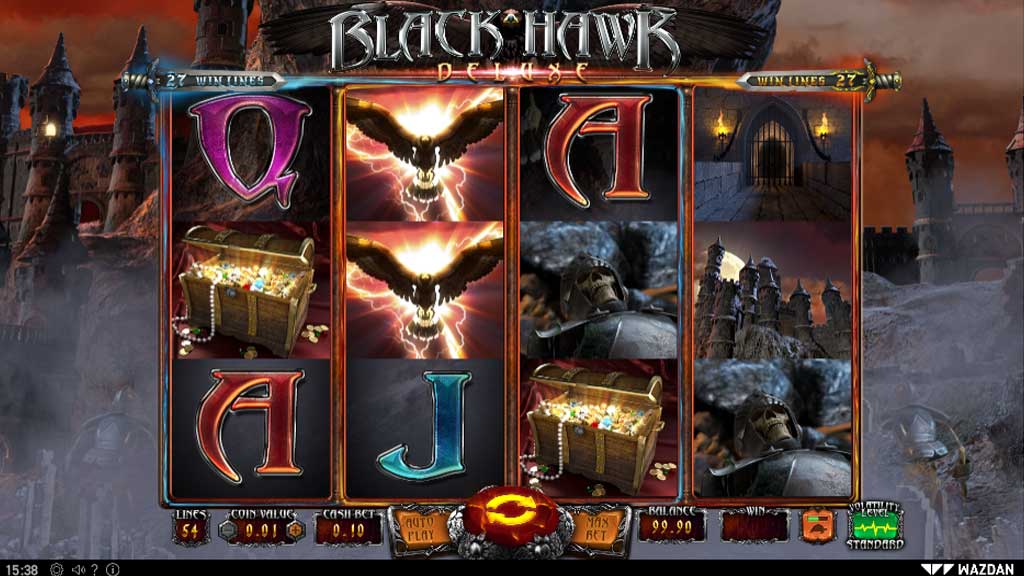 Wazdan Returns To Its Roots With Launch Of “Black Hawk Deluxe” 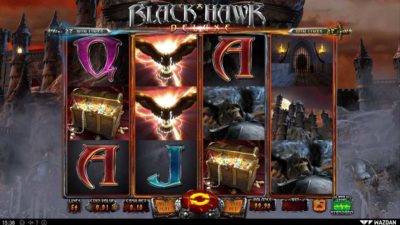 The online casino software industry is very competitive as game developers look to outdo each other with each release and capture as much market share as possible.

Wazdan is one of those developers that has stood the test of time over the last decade by coming out with some great games.

One of their first slot games was “Black Hawk“, where players are taken to a dark tower filled with ghosts and ghouls. The software developer decided to go back to its roots and come out with a new released called “Black Hawk Deluxe“.

Players are exploring the dark tower, hoping to come back with treasures for themselves. The game has 54 pay lines for players to attempt to score winning combinations.

Players can satisfy themselves with low-scoring card symbols but the game gets really good when they get the more valuable symbols. These include skeletons, golden coins, crystal balls, castle gates and the eponymous black hawk. A minimum of three symbols is needed for a player to walk away with a prize.

Though the game offers no free spins, it does have a wild symbol in the form a silver egg. The wild can act as any other symbol in the game. This can make it a lot easier to get a winning combination. This HTML5 slot game combines the impressive gameplay with great graphics.

Wazdan is well-known for creating some very well-crafted games and this one is no exception. Players can expect to be wowed by the graphics and the video.

Wazdan has also chosen to add a special feature into this deluxe slot version. When players get a winning combination, they can risk it all with the gamble feature. They are then given a choice between two levers. One lever drops a pursuing army of skeletons into lava and doubles their win, while the other lever lets loose zombies that will tear the player apart and in doing so cause them to lose their payout.

This improved slot game is yet another great example of what Wazdan does best. The company has had a great year so far with several of their games winning awards. Wazdan's offerings are next-generation games that shake things up.

Players appreciate their games which include Mayan Ritual, Los Muertos, and Fruits Go Bananas so much that they keep coming back for more.

Hurray! There is a competition going between users of our site!
You have to do nothing, but browse out site, and win a daily prize. Click here to read more.
You current ranking:
Time Left: 2h 36m 39s