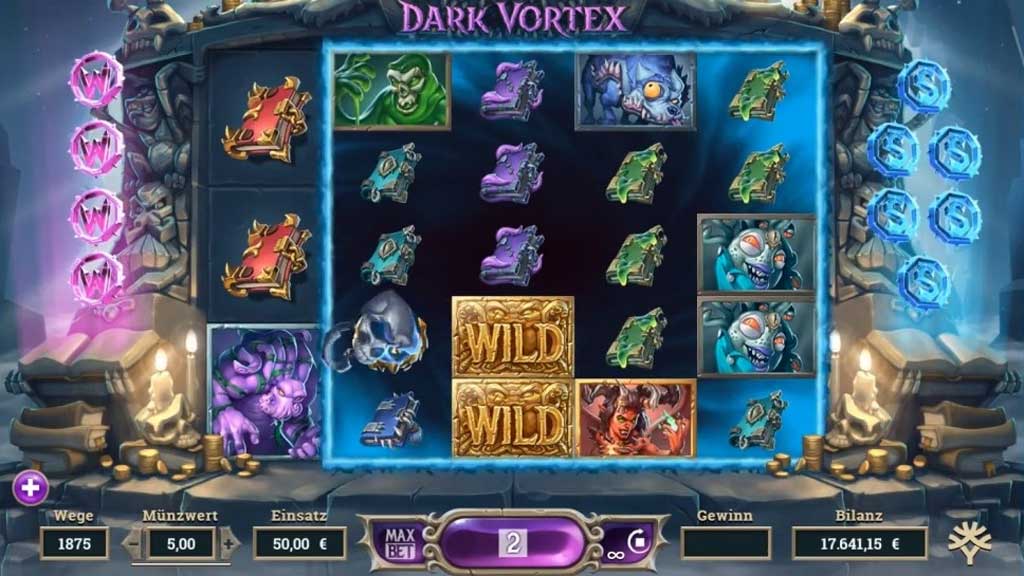 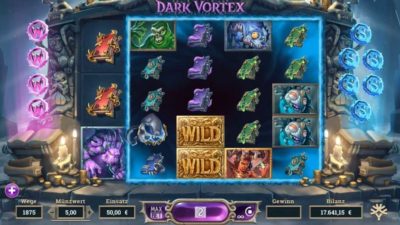 Yggdrasil Gaming originally set the launch of its ‘Dark Vortex‘ slot game to be on October 24 but for those who can't wait, they can play it exclusively at ComeOn Casino. This new slot game is a great addition to the online casino’s selection of 600 games and players will be able to enjoy some special sign-up bonuses like getting 20 free spins on NetEnt's Starburst game.

The ‘Dark Vortex‘ slot game is a traditional five reel slot with multiple pay lines. Players can set this at the level that they want and they have over 200 chances to win. When the slot title is officially released, players will have access to this new slot on all devices and can spend up to £50 on each spin.

The theme of the game is of travelling through a dark and wretched realm as you plan to join the darkness that rules it. Every win will allow you to collect vortex symbols that will allow players to open a vortex. Opening the vortex will allow them to have more chances of winning thanks to stacked wilds and high paying symbols.

The game looks great with the symbols being five different coloured books and five different monsters. The highest paying symbol is the red horned beast which will multiply a player's stake six times if they manage to get five of it in one pay line. There is also the wild symbol that appears only in the three middle reels. It can be used to substitute for all other symbols except for the orb and vortex symbols.

The Vortex symbol is very important. When at least two of them match up on adjacent reels then they become vortex reels. This means that players will get three Vortex spins. The reels will have five rows instead of three – which means higher chances of winning. These reels also have more high paying symbols and orb symbols. If there are more Vortex symbols than two when it is activated, every additional Vortex symbol gives an additional two spins.

When these Vortex Reels appear, orb symbols can be collected. These enhance the free spins that players get. For every pink orb collected, there are more wilds in the three middle reels. Blue orbs can also be collected that can add free spins.

Players who manage to open five Vortex reels get to activate a special Vortex Free Spins feature. This will open a five-by-five reel set that has over 3,000 different ways to win. The three middle reels will have wild stacks and orbs will contribute like above. Finally, players can skip all of this and directly play the Vortex Free Spins by paying 80 times their normal stake. This allows them to get up to 20 free spins and up to 10 high wild stacks.

Hurray! There is a competition going between users of our site!
You have to do nothing, but browse out site, and win a daily prize. Click here to read more.
You current ranking:
Time Left: 21h 52m 31s
Gambling is for 18+ though some countries may have other restrictions...Remember you should always Gamble Responsibly
We use cookies to ensure that we give you the best experience on our website. If you continue to use this site you agree to allow us to use cookies, in accordance with our Terms & Conditions.Agree & Close