Starburst with its simplicity and effectiveness is most certainly one of the most popular NetEnt releases. In fact, since its introduction back in 2012, the game enjoys a massive popularity among online casino players who appreciate simple, retro game. Packed with plenty of glittery symbols, stunning graphics and neatly rendered background, this 5-reel and 10-payline […]

Starburst with its simplicity and effectiveness is most certainly one of the most popular NetEnt releases. In fact, since its introduction back in 2012, the game enjoys a massive popularity among online casino players who appreciate simple, retro game. Packed with plenty of glittery symbols, stunning graphics and neatly rendered background, this 5-reel and 10-payline game definitely stands out from other similar games. 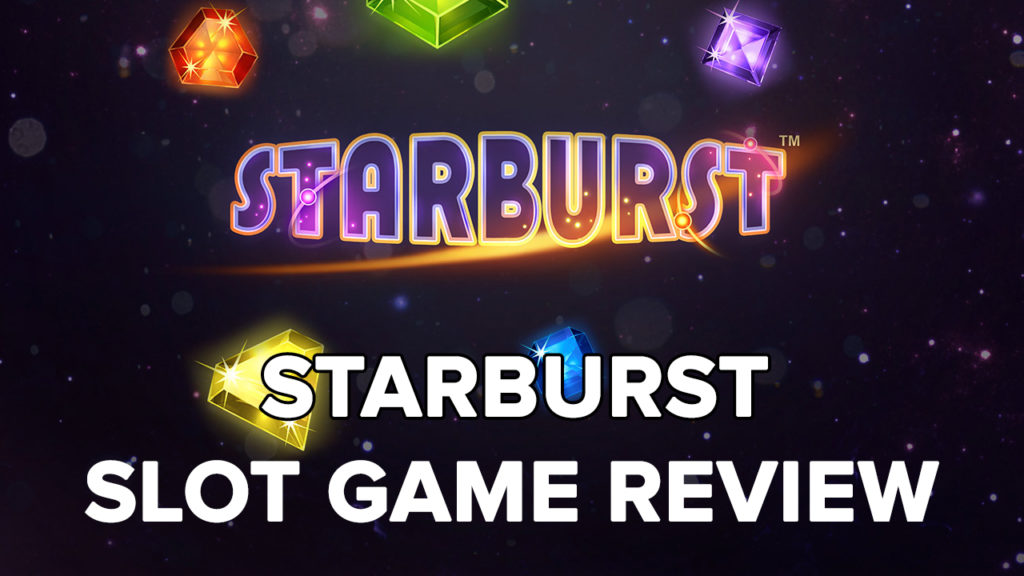 The game released in those early stages most certainly represents that saying that less is more. Packed with several hidden surprises and a lot of charm, the game impresses with its distinguishable bonuses, plenty of Wild symbols and neatly rendered visual solutions. Those players who like simple, yet engaging games will most certainly enjoy spinning the Starburst reels. 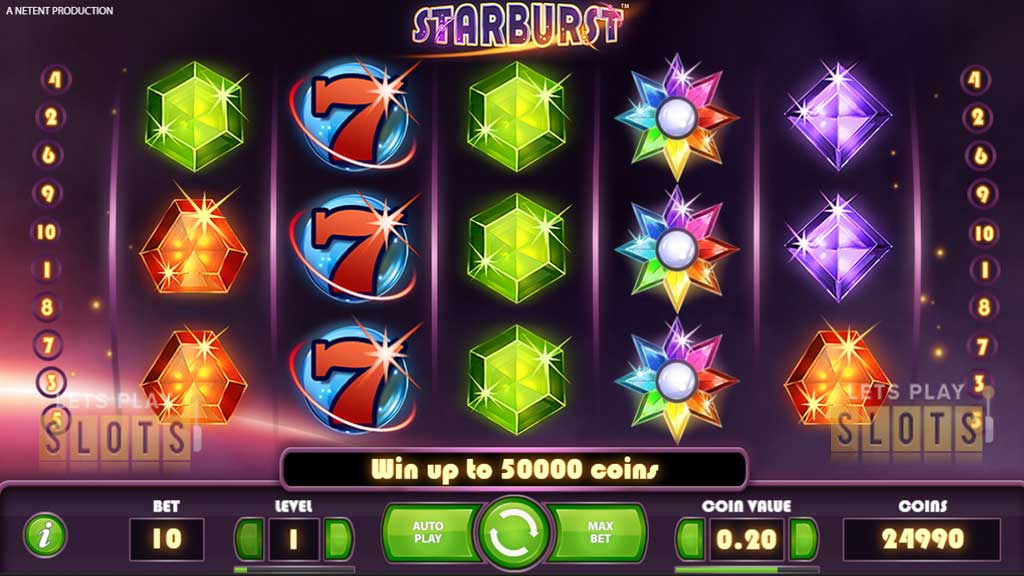 With this game, NetEnt was inspired by those popular, old-school retro games which used to rule the industry. The simplicity of the Starburst slot is definitely one of the major reasons why the game is so greatly accepted by players. Despite the fact that newer releases come more complex than Starburst, players appreciate what NetEnt did here.

The game is packed with colorful visuals and vivid symbols which offers a truly enjoyable both mobile and desktop gaming journey. The game boasts some kind of cosmic theme. Its background is made of colorful jeweled symbols and shiny starts which fans of Bejeweled will most certainly recognize. The game’s reels are packed with neatly crafted symbols depicting sparkling jewels everywhere. There are five in total higher-valued jewel symbols including yellow, purple, blue, green and orange.

In addition to these higher-valued symbols, the game also boasts lower-valued symbols depicted as bar signs and sevens. Starburst also features a rich soundtrack playing in the background adding more of a cosmic, mysterious feel to the game. In addition to being rendered beautifully, the game also offers great payouts. It is packed with lucrative bonuses such as its Expanding Wilds mode. 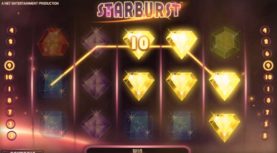 Since the game is simple, there is not so much going on in terms of bonuses. However, this does not mean that Starburst does not offer great winnings. The fact is that the game is all about its Wild symbols represented by the Game’s Logo symbol. These symbols land on reels two, three and four. These are in fact Expanding Wild symbols which once landed on the reels cover all position upon the reel they landed.

This bonus mode ends when there are no new Wild symbol landed on the reels during Re-Spins. Players who manage to land three Expanding Wild symbols on the reels can score astronomical winnings. It also should be noted that the game’s offers win both ways which once again brings more winning opportunities players’ way. Players also can score winning combos by landing blocks of symbols.

For instance, they score a winning by landing nine of those triangle shaped symbols. In fact, there are plenty of different options for everyone no matter his or her budget. With its remarkable visual setting, simplicity, yet effectiveness and engagement, this retro party offered by Starburst is definitely worth a spin or two. Therefore, spin those flashy reels and enjoy some astronomical prizes on the way.

Starburst with its simplicity and effectiveness is most certainly one of the most popular NetEnt releases. In fact, since its introduction back in 2012, the game enjoys a massive popularity among online casino players who appreciate simple, retro game. Packed with plenty of glittery symbols, stunning graphics and neatly rendered background, this 5-reel and 10-payline […]

Hurray! There is a competition going between users of our site!
You have to do nothing, but browse out site, and win a daily prize. Click here to read more.
You current ranking:
Time Left: 20h 4m 26s
Gambling is for 18+ though some countries may have other restrictions...Remember you should always Gamble Responsibly
We use cookies to ensure that we give you the best experience on our website. If you continue to use this site you agree to allow us to use cookies, in accordance with our Terms & Conditions.Agree & Close