Inspired by one of the most iconic movies of all times, the Jumanji slot brings thrill-seeking players what they have been looking for. Packed with 5 reels and 36 fixed paylines, this movie-inspired game offers an ultimate online gaming journey featuring beautifully rendered graphics and remarkable visual solutions. The game is packed with four randomly […]

Inspired by one of the most iconic movies of all times, the Jumanji slot brings thrill-seeking players what they have been looking for. Packed with 5 reels and 36 fixed paylines, this movie-inspired game offers an ultimate online gaming journey featuring beautifully rendered graphics and remarkable visual solutions. The game is packed with four randomly triggered bonus modes as well as a highly innovative Board Game Feature offering plenty of surprises. 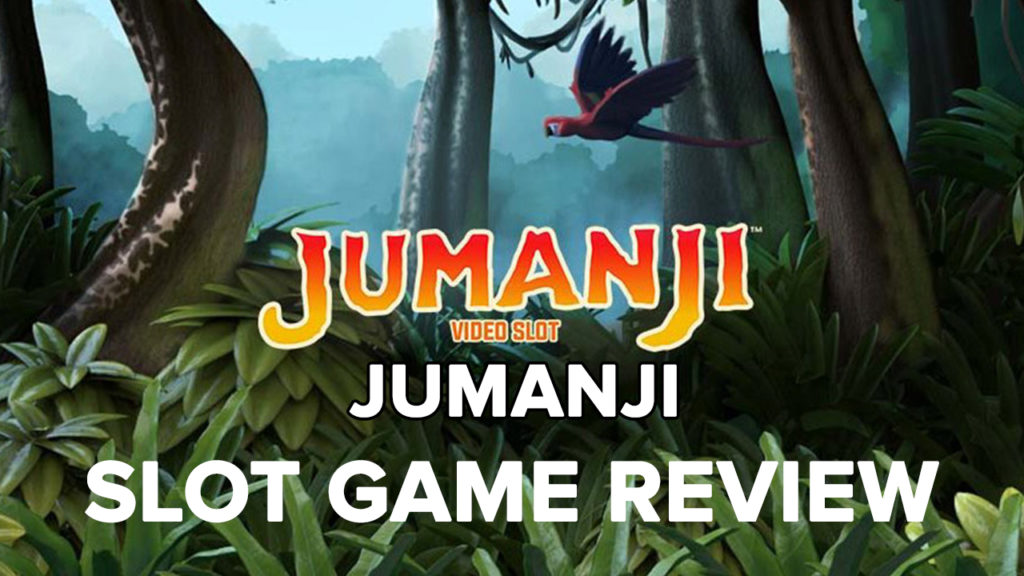 Just as the movie which inspired the game was a hit, the game is also a massive hit among online casino players who like interesting, engaging and most importantly, rewarding games. More than two decades after the movie release, NetEnt managed to pay a tribute to Jumanji by introducing their game loaded with awesome winning potentials. Following the success of the movie, the Jumanji slot made it big in the online casino industry.

Wild Journey across All Five Reels 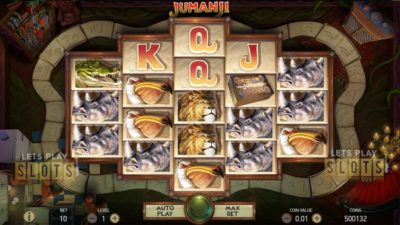 Just as expected from one of the most prominent names in the industry, NetEnt definitely did not fail to impress us. Their movie-themed game Jumanji features the best graphical solution, packed with stunning visuals and remarkable 3D animations. As players hop on this wild journey, they will come across various kinds of wild animals such as lions, crocodiles, buffalos, rhinos and other roaming on the reels.

In addition to these higher-valued symbols, the game is also packed with standard playing cards which act as the game’s lower-valued symbols. The game’s background is rendered to look as the Jumanji board game. In fact, during the gameplay, it seems as we are looking down the game set on the room floor. Players will also notice occasional movements from monkeys depicted on side of the reels.

The game is in fact packed with plenty of movie-inspired creatures and symbols which will most certainly appeal to Jumanji fans out there. The game definitely packs a lot of adventure and action into the reels thanks to awesome, highly lucrative Jumanji bonus features. There is plenty of Free Spins, Wild Reels, Board Game bonus mode and much more players get to enjoy.

As previously mentioned, the game is packed with four randomly-triggered bonus modes. They include the Sticky Vines mode, Monsoon Wilds mode, Monkey Mayhem mode, and Wild Stampede mode. In the Sticky Vines mode, players are awarded Re-Spin that increase their winnings. Moreover, all symbols which are part of their winning combinations remain locked in their place while other symbols re-spin. This can lead to even more winning symbols. The mode continues until there are no new winnings combo scored.

When it comes to the Monsson Wilds mode, it brings one or two Wild Reels into the game. The Monkey Mayhem mode is also very lucrative bringing symbol shuffles which randomly brings a guaranteed win. The last is the game’s Wild Stampede mode during which rhinos stampede over the reels leaving behind between four and nine Wild symbols. In addition to these bonus games, Jumanji is also packed with the Board Game.

This bonus feature is triggered by landing three or more of those Scattered Board Game symbols on the reels during the base game. Once players get here, they roll their two six-sided dice in order to move their token along the board just like in the movie. Depending on their number of landed Scatter symbols, they can win six, seven or eight dice rolls. During this mode, they can access one of four different Free Spins mode, get extra dice rolls, win instant cash prizes or trigger the game’s Mystery feature.

Thanks to its generously paying bonus features, stunning visuals and remarkable graphics, this wild journey definitely deserves your attention. It may seem that there is so much going on in the game, but once you start spinning the reels, everything becomes clearer.

Inspired by one of the most iconic movies of all times, the Jumanji slot brings thrill-seeking players what they have been looking for. Packed with 5 reels and 36 fixed paylines, this movie-inspired game offers an ultimate online gaming journey featuring beautifully rendered graphics and remarkable visual solutions. The game is packed with four randomly […]

Hurray! There is a competition going between users of our site!
You have to do nothing, but browse out site, and win a daily prize. Click here to read more.
You current ranking:
Time Left: 5h 10m 13s