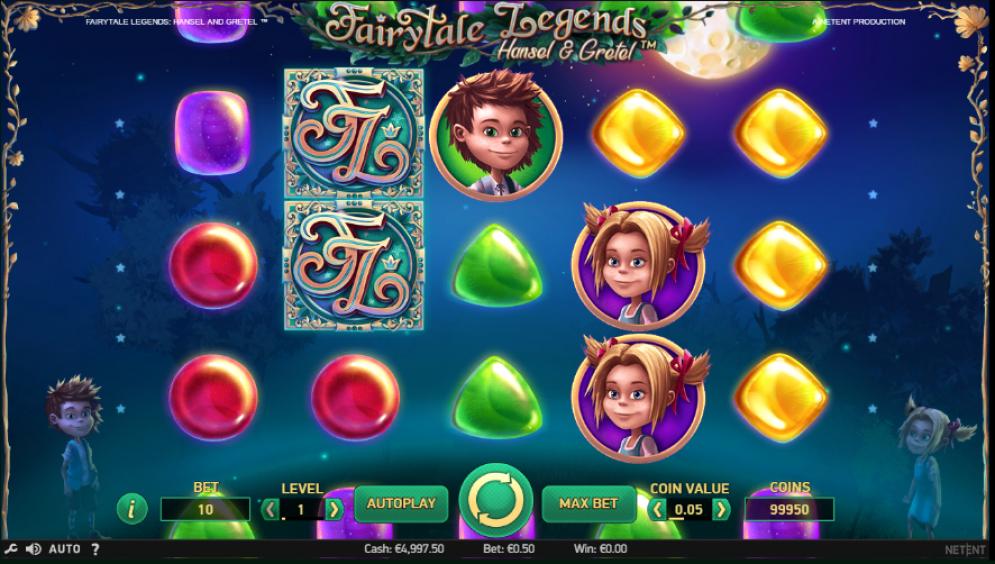 Hansel & Gretel is a fantastic slot by NetEnt, part of their Fairytale Legends series, and it features stunning graphics and interesting and rewarding bonus features. Help Hansel & Gretel find their way home! 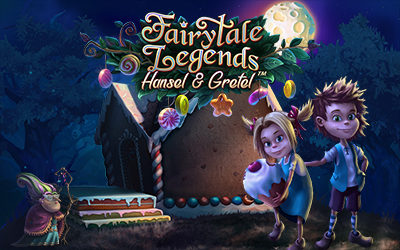 I love the Fairytale Legends series and immediately started playing Hansel & Gretel when it came out. I have a pretty good understanding of this slot game so let me share my findings with you, and explain why this is a blockbuster title everyone should play at least once.

Theoretical return to player (RTP) is 96.71%, which is excellent as it’s almost 97%, and it means this game is very rewarding and it wasn’t released just to be played casually. While the visuals are impressive, and bonus features are fun, this game also delivers what matters the most, and that’s good payout. As is usual with NetEnt slots big wins aren’t really possible as the variance is low to medium, so high variance slot players will look elsewhere, but for everyone else this is a fantastic slot game. I enjoyed it a lot, it’s so easy to play, it delivers nice wins constantly and the graphics and theme are awesome. 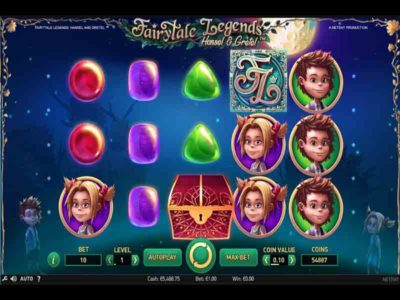 The game is played on a 5×3 board with only 10 mandatory paylines. You can play the game for as little as €0.10 per spin, while the maximum possible bet per spin is €200. Game Logo is by far the best paying symbol in the paytable with a 400 coin prize for five-of-a-kind, while both Hansel and Gretel pay 100. The four Candys of different color all pay 40 coins. So, there are very few symbols in the game, and most pay similar prizes, with the exception of Fairytale Legends Game Logo, which is the best-paying symbol in the game but is still well short of being a powerful symbol, the kind we see in some other slots. This is a low-variance paytable.

The main game has three randomly triggered features that can bring some decent wins. Fairy Wonder Spin will put a cluster of Game Logo symbols on your reels, and Fairy Surprise is only activated on non-winning spins. It will choose a symbol on the reels and will then start turning other symbols into that symbol until you get a win. This is a nice animation which won’t result in a huge win, but is fun to witness. Fairy Wild Spin is the best feature of these three, as two full stacks of Wilds can randomly appear on all reels except for reel 3. Also, after all the wins are paid, a Stacked Wild Re-Spin is awarded for even more profit. 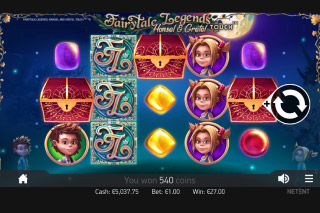 Despite the enjoyment and money you get from the three main game features, the main bonus game is triggered by three Chest Scatter symbols. It will be one of three features. You will get a coin win, a Candy House Bonus feature, or the free spins. Coin win is always 15x your bet, which is nice, and Candy House Bonus will give you 3 picks from 15 available boxes that hide multiplier wins. This can be quite rewarding. Free spins just give 10 free spins and that’s it, which is a bit disappointing as we expect to see yet another great feature and there is nothing extra here. We could even say the main game features pay better than these features which are triggered by Scatters, and this especially goes for Fairy Wild Spin, which is a feature that dominates this slot game.

Hansel & Gretel has a total of six bonus features, three in the main game and three when you land Scatters. This is excellent, it’s very fun to play, and it’s a great addition to the Fairytale Legends series which continues to amaze players with every new title. It’s always a visually impressive game with lots of bonus features, and this is a quality title as well. If you like fantasy or fairytale slots at all, Hansel & Gretel is a great choice. There are few games that can match the graphics of this slot, and the enjoyment these six bonus features bring.

Hansel & Gretel is a fantastic slot by NetEnt, part of their Fairytale Legends series, and it features stunning graphics and interesting and rewarding bonus features. Help Hansel & Gretel find their way home!

Hurray! There is a competition going between users of our site!
You have to do nothing, but browse out site, and win a daily prize. Click here to read more.
You current ranking:
Time Left: 2h 23m 31s