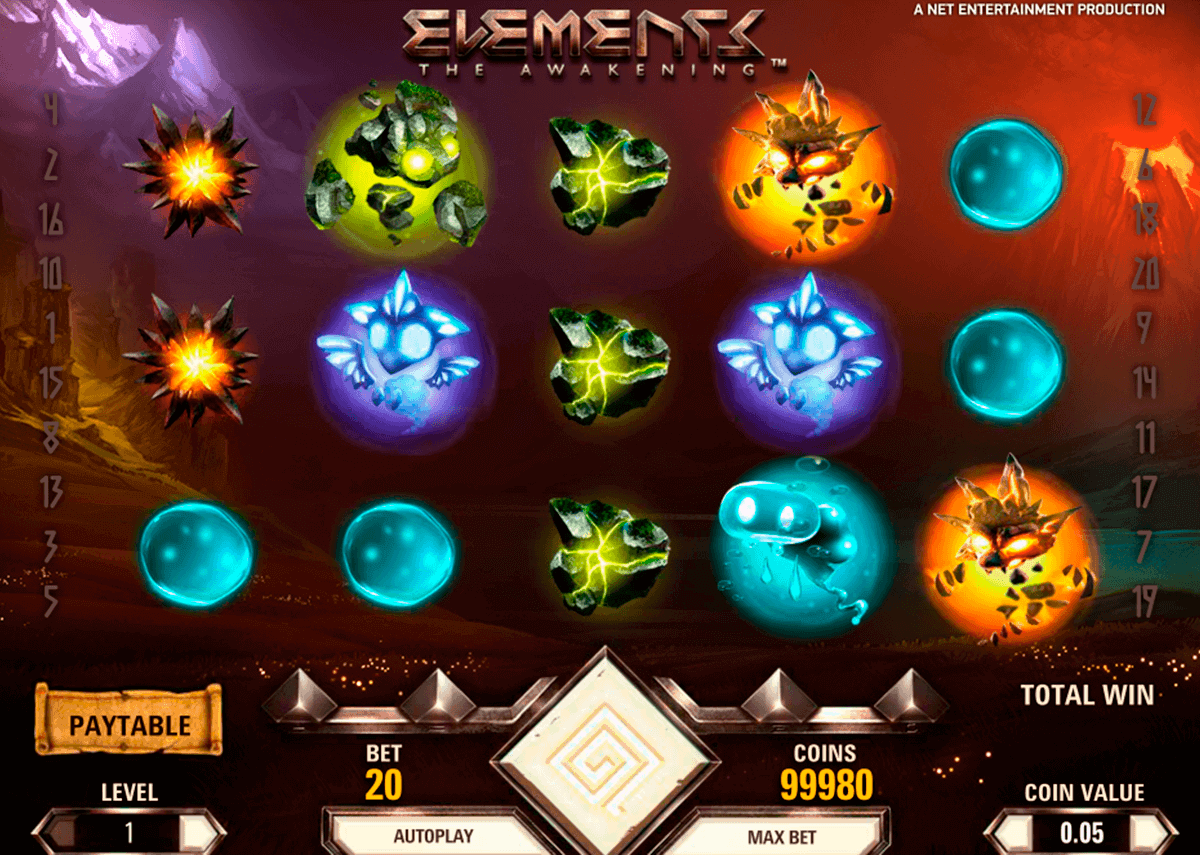 Elements is an innovative NetEnt slot machine that brings Fire, Earth, Wind and Water to your reels, each with its own special Wild during the free spins game! Win up to 300,000 coins!

Best Casinos to Play Elements: The Awakening for Real Money : 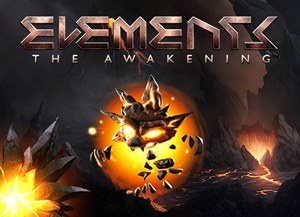 Elements is a slot I enjoy playing often so let me share my findings with you and write an honest review. The slot game was released in 2013 and can be considered a modern classic. NetEnt has done everything right with this slot, and it makes for an enjoyable experience, and players have recognized this so Elements is one of more popular slots.

Theoretical return to player (RTP) is only 96.00%, which is a bit low for NetEnt, but most players won’t mind as they are often playing slots with worse payouts than this. Variance seems to be medium, and the game didn’t feel to me like it’s difficult to play, as it pays often during the main game. The free spins game doesn’t get triggered often though, but it’s rewarding when it does come along. 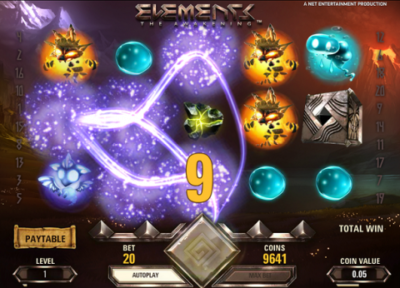 Elements is seemingly a standard slot game since it’s played on a 5×3 board with 20 fixed paylines, but there are several things that make this slot game a unique experience and one of the best gem slots ever made. You can assume right away there will be special features here, because the gems on your reels are so colorful and well animated. There are eight elements in the paytable, and it’s actually Fire, Earth, Wind and Water, each appearing twice, in the element form and in form of a character. The pure elements don’t pay much at all, and you won’t want to see them often. The four element characters pay significant prizes which culminate with a 1500 prize for five-of-a-kind of Fire. This kind of paytable is a surprise since NetEnt usually have mostly level paytables without a single symbol standing out. Here, Fire does stand out and can produce some huge wins, especially if helped by one of four types of Wilds during the free spins game. Without a five-of-a-kind win you won’t actually win much though.

Most important part of the main game are the re-spins, called an Avalanche, which are activated after every win. The winning symbols are removed from the reels and replaced by new ones, and if you land another win you’ll get another re-spin. This is how you trigger the free spins game – there are no Scatters in Elements slot machine – and you get the free spins if you land four wins in a row, or three re-spins. The Avalanche Meter and the Energy Meter will keep track of how many wins did you get and what is the dominant element in those wins, which is what will dictate the nature of the free spins game. 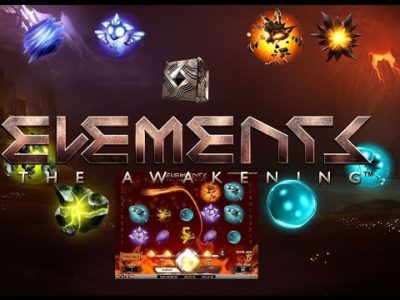 The free spins game will be played with one of four possible versions of Wild symbols, depending on which element was the domainant one in the triggering spin. Firestorm Wild will appear on middle three reels, but it can expand in any directions, turning two adjacent symbols to Wilds. Two Air Storm Wilds land on your reels and then randomly change position on each spin. Earth Storm Wilds remain on the board until they have been included in a winning payline. Water Storm Wild is an expanding Wild that covers the entire reel. In all cases, you’ll get 10 free spins with that one Wild feature activated, and this makes for a rewarding bonus round. Crucially, each of those 10 free spins has a chance to become more as for every win you’ll get a re-spin.

Elements is one of the best slots that gem fans can play, as it’s basing the entire gameplay around these four elements, which culminates with four different Wilds that can be present on your reels during the 10 free spins. AThis simple yet powerful gameplay is what Elements slot is all about. I recommend trying it out, it might just become one of your favorite slots.

Elements is an innovative NetEnt slot machine that brings Fire, Earth, Wind and Water to your reels, each with its own special Wild during the free spins game! Win up to 300,000 coins!

Hurray! There is a competition going between users of our site!
You have to do nothing, but browse out site, and win a daily prize. Click here to read more.
You current ranking:
Time Left: 5h 19m 32s