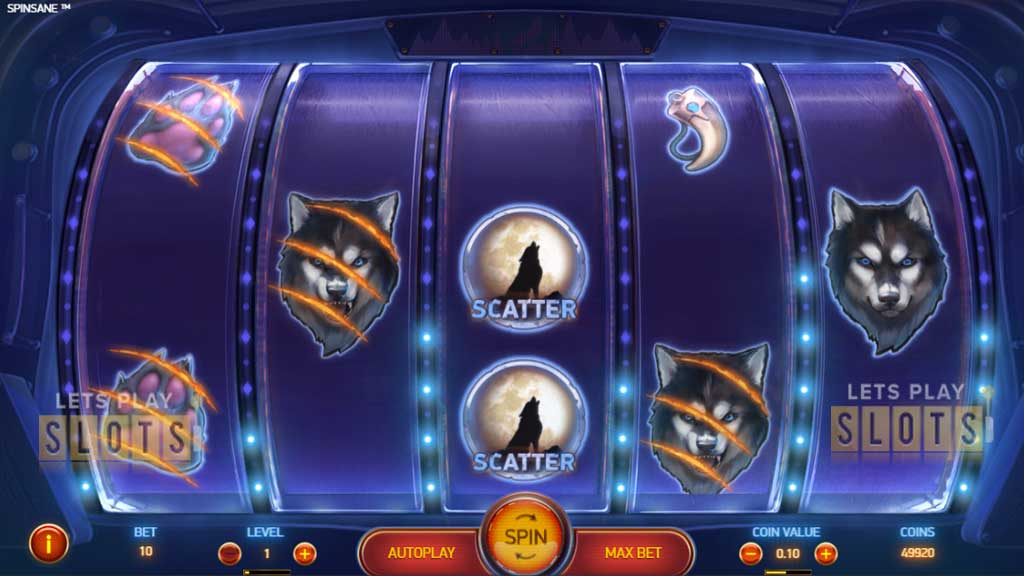 Spinsane is NetEnt’s attempt to create a high variance classic slot machine, and it’s an interesting and innovative concept with three normal symbols and three Super versions of those symbols. The game features blank spaces and lots of Scatters, so it’s definitely something out of the ordinary.

Spinsane is played on a retro-styled board that’s 5×3 large, with 27 fixed paylines. Since this is supposed to be a classic slot there are bet levels and coin values, though it doesn’t matter one bit since the paylines are fixed and the bet doesn’t match the payline count anyway. The minimum bet per spin is €0.10 and the maximum is €200 so be careful not to hit the Max Bet button by accident. It’s probably best to use Autoplay in order to prevent this type of accident, and to speed the game up as it doesn’t pay often anyway. 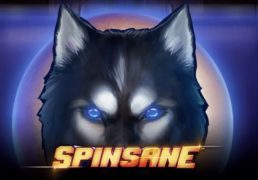 The setup of the game is interesting as it involves blank spaces, and roughly half of your board will consist of blank spaces while the other half will be populated by symbols. There are only three normal symbols in this game – Tooth, Paw and Wolf – and they can also appear in their Super version that pays 10 times more than the normal version.

Super Wolf pays 5000 coins for five-of-a-kind while Wolf pays 500, and this ten-fold increase is true for all three symbols when we’re talking about a five-of-a-kind win, while other wins will be around 4x better. That means you only get the premium prize when you land a full payline of a Super symbol. The Super Symbols can substitute for normal symbols. 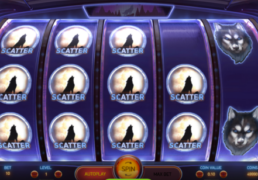 Theoretical return to player (RTP) is 96.26%, which is decent but nothing special, and the reason to play this game is its medium to high variance, which is exactly what some players are looking for. The game doesn’t pay often, and it does have the potential to win big, though with these blanks it’s really difficult to see it happen. The potential is there though. Since the best symbol pays up to 5000 coins and there are 27 paylines, the maximum prize is 135,000 coins or 13,500x your total bet. This is very very rare, and Spinsane is still a true NetEnt slot, which means you can play it for a long time without going too deep into negative. So, even though it’s supposed to be a high variance slot it plays differently than most other slots with high variance.

Spinsane will definitely appeal to some players, mostly to the NetEnt fans that like every game NetEnt produces but would want higher variance and have a soft spot for retro and classic slots. Spinsane is not a bad game at all, but it’s innovative so it does things a bit differently and it’s up to every player to decide if he/she likes it. The only way to find out is to visit a NetEnt casino and go ahead and play this game for real money.

Spinsane is NetEnt’s attempt to create a high variance classic slot machine, and it’s an interesting and innovative concept with three normal symbols and three Super versions of those symbols. The game features blank spaces and lots of Scatters, so it’s definitely something out of the ordinary.

Hurray! There is a competition going between users of our site!
You have to do nothing, but browse out site, and win a daily prize. Click here to read more.
You current ranking:
Time Left: 7h 52m 24s