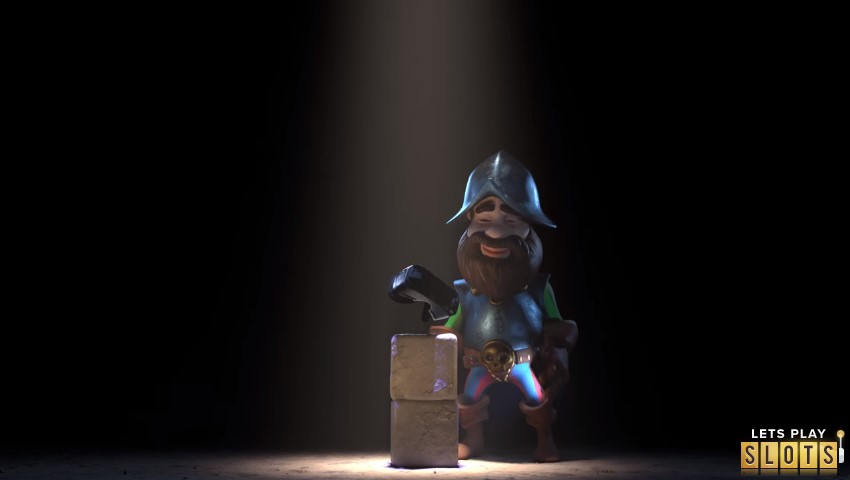 Could there be much more to do with Gonzo? Well, actually, there is. Because Gonzo’s Quest has been released in a special virtual reality version by Netent. So, why not go and assist him in the Cascading Reels, Multipliers and more in this slot? 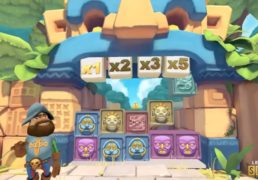 Gonzo’s Quest is one of Netent’s most famous and popular slot games. Any avid casino gamer knows this. So, it was no surprise to me that the developer chose to convert it into a special virtual reality format, bringing it to life in a whole new way. Having gained access to the game, I was entirely immersed in the experience of playing it all over again in such a setting. Gonzo’s Quest has, if possible, soared to new heights in this Netent release. 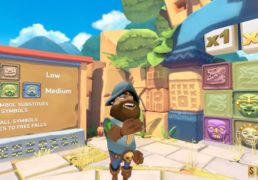 Once you slip your VR headset on and load the game up, you’ll get to see the same five reels and three rows that are present in the standard version of Gonzo’s Quest. It’s just that you’ll be able to look around and become thoroughly involved with the environment around you. The reels have a total of 20 pay lines running across them and you’re able to adjust your wager on these lines between the minimum of €0.01 per line and upwards to €2 per line.

Visually speaking, the symbols on the paytable also echo what can be found in the standard version of the game. Therefore, you can expect to see a variety of Mayan carvings acting as the slot’s icons. There are seven of these in total that work as the game’s standard symbols, while an additional one works as the wild icon. 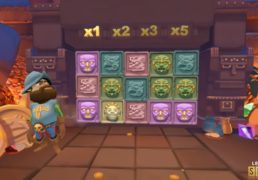 The bonus features are also pretty much similar to what you will find in the standard version of Gonzo’s Quest. This means that there’s a standard wild symbol, which will substitute for all other symbols on the reels, first of all.

The best part about the slot has always been its Cascading Reels, I think. So, whenever you create a winning combination, the participating icons explode and disappear, allowing gaps for new symbols to fill. With every cascade, the multiplier on the left-hand side of the reels increases as well, up to a maximum of times 5.

Something else that has been injected into the VR version of the slot though, is a gamble round. This will activate after a round of cascades has ended, allowing you to gamble the winnings from such. If you do choose to gamble, a chest will open, and if it’s full of treasure, your win is doubled.

A freespins round will also trigger in this game if you have multiple cascading wins that reach the five times multiplier and go beyond this. Gonzo will then be transported elsewhere and you can play your freespins in a sort of underground treasure room!

I haven’t engaged in so many virtual reality casino games, but I have to say that getting the chance to experience Gonzo’s Quest in such a scenario is quite the treat. It is, as mentioned before, very immersive and you can really enjoy everything happening around you as the reels spin. With the same features as the standard game, but with the addition of a gamble round too, Netent definitely pulls out all the stops in this one as far as I’m concerned.

Could there be much more to do with Gonzo? Well, actually, there is. Because Gonzo’s Quest has been released in a special virtual reality version by Netent. So, why not go and assist him in the Cascading Reels, Multipliers and more in this slot?

Hurray! There is a competition going between users of our site!
You have to do nothing, but browse out site, and win a daily prize. Click here to read more.
You current ranking:
Time Left: 45m 52s