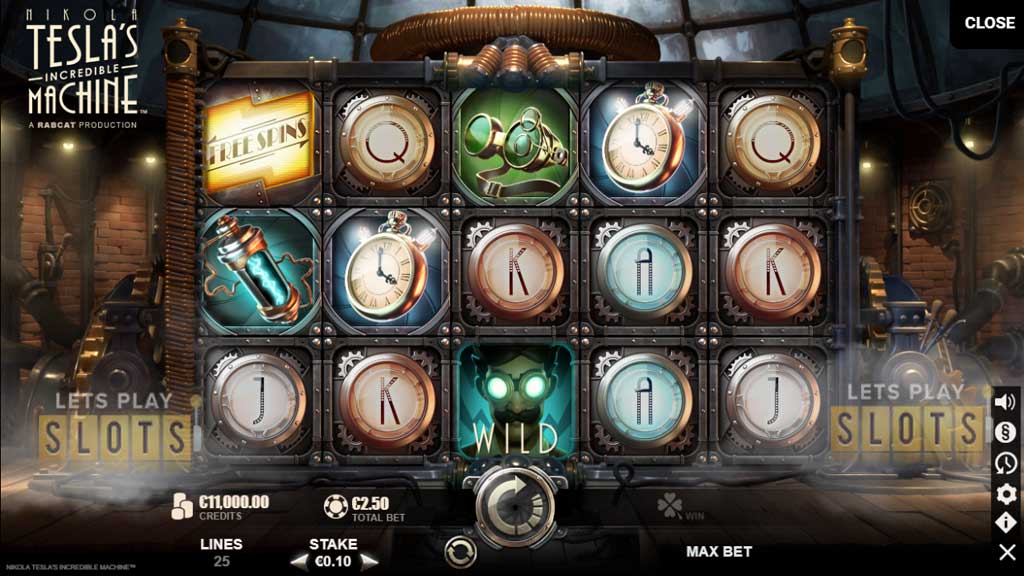 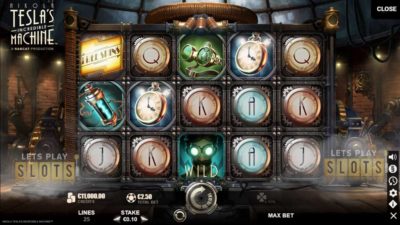 Nikola Tesla is considered as one of the great inventors, someone who was ahead of his time. Yggdrasil Gaming has decided to rekindle his reputation by creating a unique slot game titled “Nikola Tesla’s Incredible Machine“. Slot lovers who are looking at unique and interesting games should check out this game.

This is not the first time Tesla has been used in a slot game, April we reported NoLimit City were releasing “Tesla Jolt“. In Yggdrasil Gaming’s version players will be taken into the great inventor’s laboratory when they start this game up. Instead of the brightly-lit labs of today, this setting features the eccentric workspace of the past. The place feels dark and mysterious and has a very interesting feel to it. In the middle of it all is the game’s central screen which features five reels and 25 paylines.

Players will be trying to score winning combinations. The game has A, K, Q and J card suits for its low value symbols and a set of devices used by Tesla as the more valuable symbols. This includes capacitors, goggles and stopwatches. The last one is the most valuable. It will give players 40 times their stake if they get five of it on a payline. Tesla himself appears as a wild symbol and is just as valuable as the stopwatch.

The game has a fascinating set of special features that will make every player happy. First is the Energy Burst feature. Players who get three of the same symbols appear on the third reel will trigger it. If it is one of the low-value symbols then it will give you three bonus spins. The more valuable symbols will give you five bonus spins.

During these bonus spins, one of three extras will be active. First is Wild Substitution, where one of the symbols becomes a wild. Next is Reel Clone, where three reels copy each other’s results. Finally, the Exploding Wild replaces two to three symbols with fixed wilds for all of the free spins.

There is also an actual Free Spins feature. Players trigger this when they get three or more free scatter symbols on a payline. Players can get up to 12 free spins. The great thing about the free spins is that combinations are counted from both sides of the reels. This doubles the chances for a win. Players can also get a Level Up scatter symbol during these free spins. This adds fixed wilds to the middle reel, with a maximum of five.

Overall, Nikola Tesla’s Incredible Machine is a great mix of gameplay and cool graphics. Do give it a spin when it arrives at your favourite online casino.

Hurray! There is a competition going between users of our site!
You have to do nothing, but browse out site, and win a daily prize. Click here to read more.
You current ranking:
Time Left: 22h 46m 42s