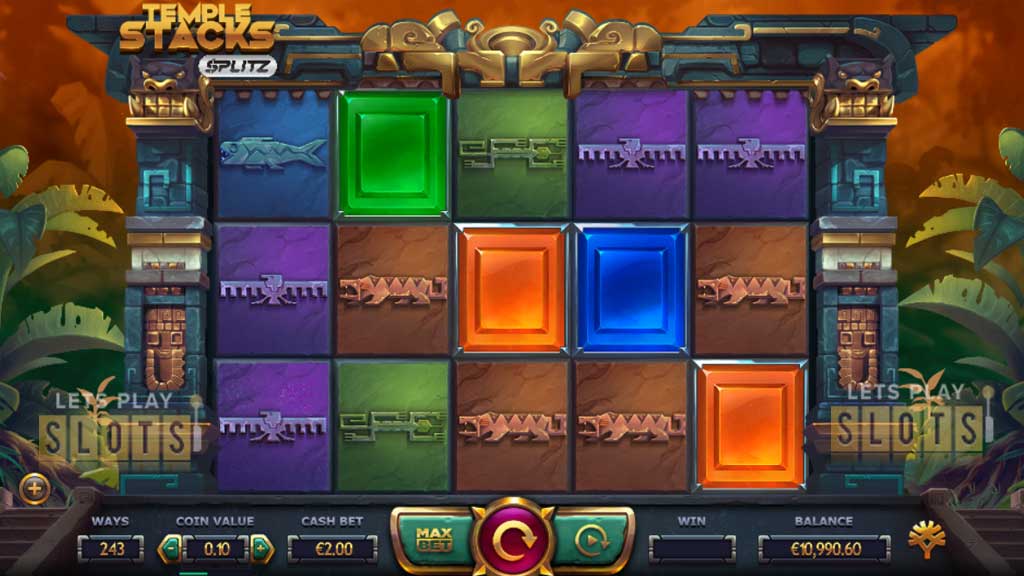 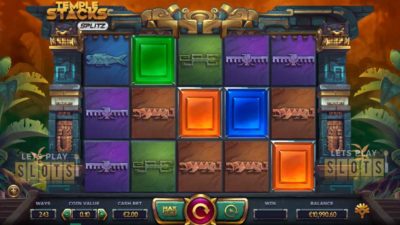 The Aztecs are well-known for their marvellous constructions and their hidden treasures. This has made them the subject of many online slot games. Yggdrasil Gaming is continuing with the tradition by taking players to an Aztec temple with their new “Temple Stacks: Splitz” game. Yggdrasil has a reputation for coming out with some really cool slots and this new offering from them is no exception.

When players start this game up, they will be taken to the jungles of South America and a hidden temple. The graphics are great and bring the setting to life. Combined with the game’s great soundtrack, players will be able to experience the game with full immersion.

Players will have five reels to play with. The game does not have standard paylines though. It has 243 ways to win, which should encourage players to keep spinning. The game has five low-value symbols which include snakes, crocodiles, birds, lizards and fish.

For the real prize though, you will want to score one of the five gemstones. They come in red, orange, purple, green and blue. The most valuable of the bunch is the red one. Players who get five of it in their winning combination will get 2.5 times their stake.

Several fun features come with the game. The most notable one is the new Splitz mechanic. Players will have the chance to see Splitz Mystery Stacks appear on the reels. These can then split up into nine identical symbols. This can make it easier to get a winning combination as well as increase one’s chances to win. This can lead to players getting up to 59,049 ways to win.

Yggdrasil Gaming could quite possibly have another hit on their hands with this offering!

Hurray! There is a competition going between users of our site!
You have to do nothing, but browse out site, and win a daily prize. Click here to read more.
You current ranking:
Time Left: 5h 7m 55s