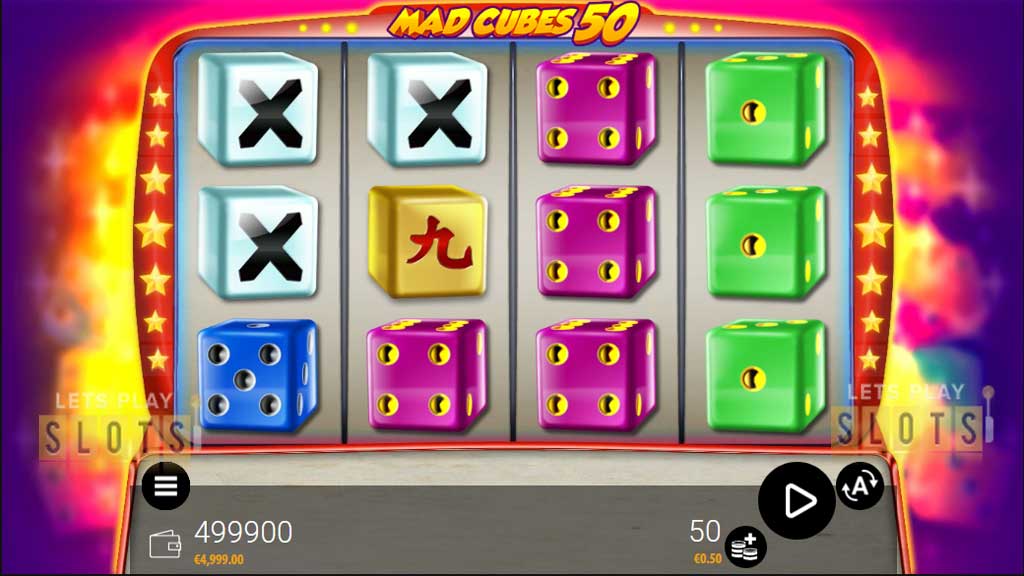 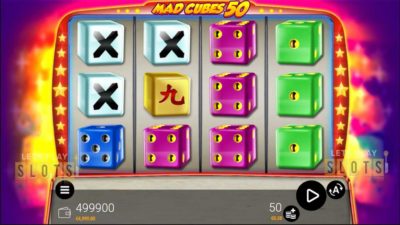 While most of the modern slot releases come with unique themes and advanced features, the new offering from Zeusplay keep things simple.

The developer has releases a new slot under its popular Mad Cubes series and those players who are familiar with this series will enjoy the new slot “Mad Cubes 50“.

While veteran players should know about a lot of the game’s basics, this newest game shakes things up a little with some essential differences.

Mad Cubes 50 is all about the simple setup and the developer has used a lot of decorations to make things appealing.

A simple grid with four reels and three rows is presented in what looks like a traditional slot format. The no-frills approach works for it. There are 50 paylines to win on and the paylines are what sets this apart from the original, giving players more chances to win.

Players will be familiar with the symbols if they have tried out other Mad Cube games. For those who haven’t, there are eight dice. The X dice is the lowest value one, while the golden dice with the Chinese symbol on it is the most valuable.

As for bets, players will like the betting range. It starts at $0.50 and goes up to a maximum of $75. This betting range will allow for players with different bankrolls to test this game out and spin the reels.

Some players might not enjoy this game because the developer has kept things very simple. The game has no special symbols and there is only one special feature. This is mainly the Gamble Option. When players get a win, they are presented with the option of going double or nothing. If they don’t want to risk it, they can get their winnings with no problem.

But if they accept the special feature, they will play a card game where they try to double their win. The game involves a simple guess of whether a card is red or black. Players can push this several times as long as they are winning, ensuring that their win becomes really big. However, the moment they make a mistake, they lose everything.

There is also an interesting special feature where if the entire grid is one symbol, then all the winnings are automatically doubled. However, there are pretty low chances of that happening. Made Cubes 50 has an RTP of 95 percent.

Hurray! There is a competition going between users of our site!
You have to do nothing, but browse out site, and win a daily prize. Click here to read more.
You current ranking:
Time Left: 6h 2m 36s