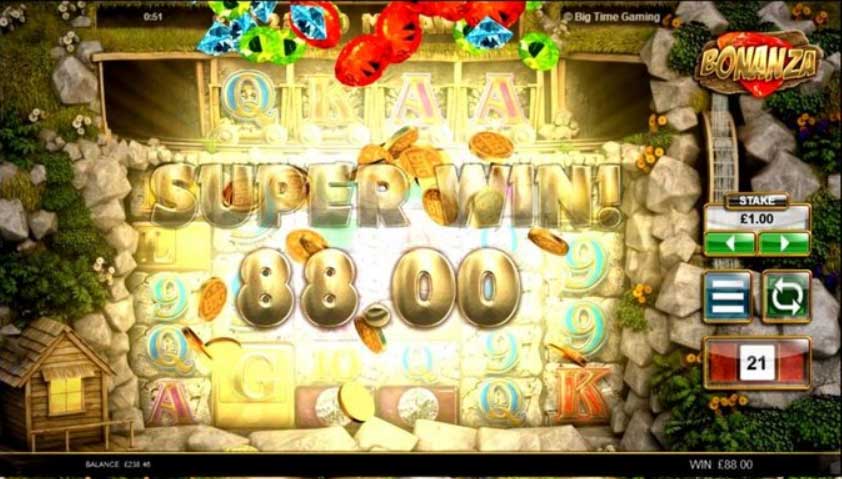 Offering an exciting treasure hunt adventure, Bonanza is definitely worth a spin or two. This is an interesting, visually appealing Big Time Gaming release packed with 6 reels and 117,649 paylines in total. With this massive number of paylines featured in the game, there is no shortage of winning opportunities. The game is inspired by […]

Offering an exciting treasure hunt adventure, Bonanza is definitely worth a spin or two. This is an interesting, visually appealing Big Time Gaming release packed with 6 reels and 117,649 paylines in total. With this massive number of paylines featured in the game, there is no shortage of winning opportunities. The game is inspired by Wild West mining adventures packed with fast-paced, adventure loaded spinning actions which will most certainly appeal to every thrill-seeker out there. 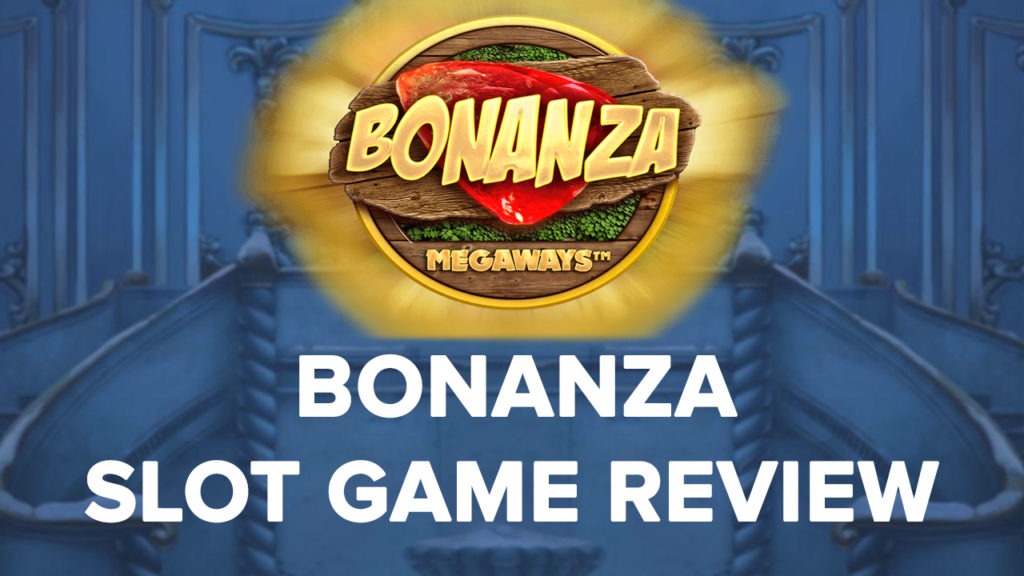 The rich mining industry has never been so fun and entertaining with Bonanza. The game comes packed with neatly rendered reels featuring top-notch graphical and audio solutions carefully incorporated into the game. With its Megaways system or paylines, lucrative bonus modes, Expanding Multipliers and plenty of Free Spins, this mining adventure will not leave anyone empty-handed. 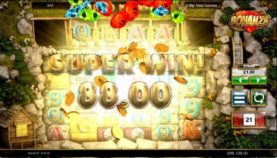 Carefully crafted by Big Time Gaming, the Bonanza slot most certainly impresses with its graphical and visual solutions incorporated. This mining-themed game comes packed with an interesting reels structure. They are packed with neatly crafted symbols loyal to the theme of the game such as diamonds, green gems, some dynamite sticks and everything else you would need for mining.

In addition to these higher-valued symbols, Bonanza also features standard playing cards acting as the game’s lower-valued symbols. The game’s background depicts some mining entrance with a small shed house, trees, and lush green plants also depicted. The game’s reels are framed by massive stones while the game’s symbols look as they are carved into those stone plates.

In addition to offering high-quality visual solutions, the game is also packed with a soothing, relaxing soundtrack which plays in the background adding more of a relaxing, friendly vibe to the game. Besides being very appealing to look at, Bonanza is also truly rewarding. Thanks to its Megaways engine used, Expanding Multipliers, plenty of Free Spins and other bonuses, lucrative winnings are guaranteed. 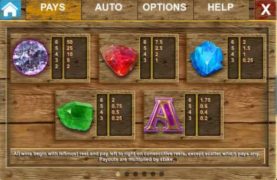 Since the game uses the Megaways engine, each of those six reels can feature between two and seven symbols, so the actual number of paylines changes on every spin of the reels. When it comes to winning combos, they are formed when the matching symbols land on those adjacent reels. Moreover, after every winning spin, those winning symbols are removed from the reels and replaced by symbols dropping from above.

This offers more winnings opportunities thanks to blasts which continue until there is no new winning combo scored.  The game also features a Wild symbol represented by the Dynamite Sticks symbols. Due to their power of replacing for regular symbols on the reels, these Wilds can help players score more winnings combos. Another highly valuable symbol is the game’s Scatter represented by the Gold symbol. Landing four or more of these symbols triggers the Bonanza Free Spins mode.

Once players get here, they immediately receive 12 Free Spins. Moreover, landing any addition Scatters during their Free Spins mode gets them extra 5 Free Spins to their total of 12 Free Spins. In addition, during this mode, the game’s Exploding Reels mode comes into the play. A great multiplier is applied to payouts after successive winnings. This increasing multiplier starts with 2x increasing by one on every subsequent reel explosion.

During this mode, players also should pay attention to those Gold Bar symbols that appear in the carts situated above the reels. Getting three or them brings players 5 additional Free Spins while getting four of them adds 10 extra Free Spins. There is definitely plenty of action featured in the game. The biggest winning opportunities come with the game’s Free Spins mode as increasing multipliers can bring lucrative prizes.

Moreover, players also can get very lucky with those reel explosions while the base gameplay also offers some great fun as well. Packed with stunning visuals and terrific graphics, players most certainly get to enjoy their mining adventure to the fullest.

Offering an exciting treasure hunt adventure, Bonanza is definitely worth a spin or two. This is an interesting, visually appealing Big Time Gaming release packed with 6 reels and 117,649 paylines in total. With this massive number of paylines featured in the game, there is no shortage of winning opportunities. The game is inspired by […]

Hurray! There is a competition going between users of our site!
You have to do nothing, but browse out site, and win a daily prize. Click here to read more.
You current ranking:
Time Left: 13h 1m 38s
Gambling is for 18+ though some countries may have other restrictions...Remember you should always Gamble Responsibly
We use cookies to ensure that we give you the best experience on our website. If you continue to use this site you agree to allow us to use cookies, in accordance with our Terms & Conditions.Agree & Close