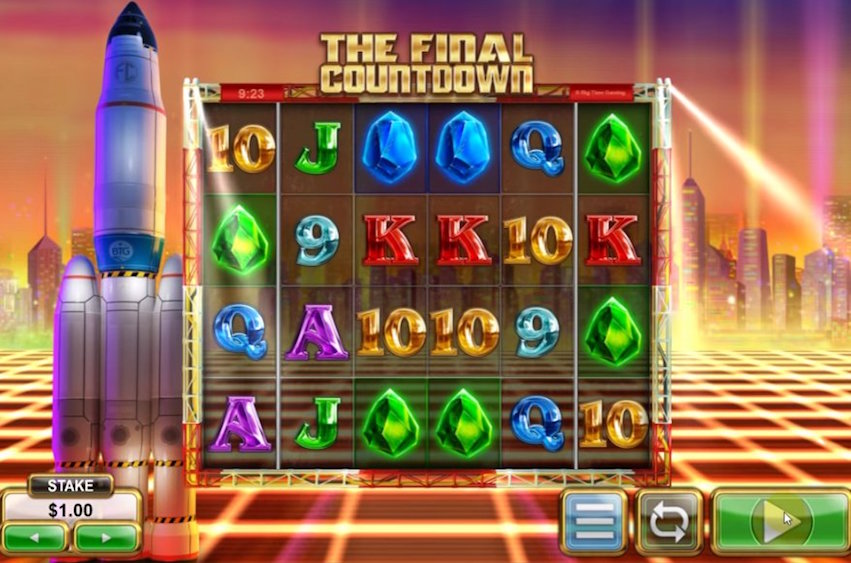 The Final Countdown is a slot game that’s themed around the 1986 hit single by Europe. The game has two powerful bonus features you can choose from, it has Wilds that can grow up to 4×4, and there’s also a Reel Clone feature that can clone up to four reels!

Best Casinos to Play The Final Countdown for Real Money :

One thing you’ll immediately notice is that the game is played on a huge board which is 6×4 with 24 symbols, and you’ll also notice an almost complete lack of graphics as card symbols and gems are used. This makes for a boring experience at first, and only after having played the game for a few hours did I learn to enjoy it. Let’s go through the pros and cons of this Big Time Gaming slot game. 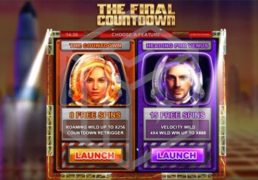 The 6×4 board has 4096 ways to win, which means that symbols on adjacent reels, starting from the leftmost reel, will form winning paylines. This is already good news as you only pay 20 coins to play those paylines, and your bet can range from €0.20 to €20 per spin.

Most spins are non-winning ones, and the paytable is very skinny, as this is one of those games in which you need to trigger the bonus features in order to even get a decent win. With five of the six card symbols it’s impossible to get your stake back even when you land six-of-a-kind, and the Ace is the only card that can do precisely that – give you your stake back when you land six of them on adjacent reels. Three of the four Gems aren’t much better either, and then the Purple Gems is a pleasant surprise as it will pay 25x your total bet if you land six-of-a-kind. 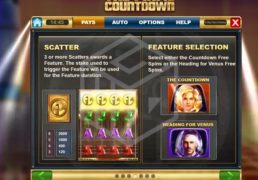 Three or more Scatters award a feature, and you’ll get to choose between the two features, The Countdown or Heading for Venus. The Countdown will award 8 free spins with a countdown Scatter that pays the same as regular Scatters and reduces the Countdown by up to 3. The Countdown starts at 10 and when it reaches 0 the feature retriggers. The feature starts with a 2×2 Roaming Wild on reels 2 to 5, and it will grow on each retrigger, up to 4×4.

Heading for Venus will give 15 free spins, with a Reel Clone on every spin. Three or more Scatters retrigger the feature. This feature will have a Velocity Wild that starts at 2×2 but can grow all the way up to 4×4 at random.

Theoretical return to player (RTP) is 96.65%, which is excellent, and is the prime reason for starting this game. The game is pleasant to play as despite the non-winning spins and the small wins you’ll see most often, you know there’s a good chance you’ll win big, you just need to trigger a bonus feature. This game can pay big. 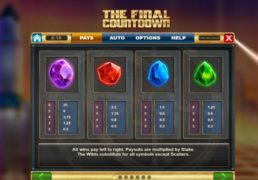 The Final Countdown is an interesting game that will appeal to all fans of slots with simple Gem symbols but powerful bonus features. This is precisely what this game is offering, and the fact that you can choose between the two bonus features yourself is an excellent addition to an already great game. You can win big in this slot game, you just need patience as you wait for the blast off!

The Final Countdown is a slot game that’s themed around the 1986 hit single by Europe. The game has two powerful bonus features you can choose from, it has Wilds that can grow up to 4×4, and there’s also a Reel Clone feature that can clone up to four reels!

Hurray! There is a competition going between users of our site!
You have to do nothing, but browse out site, and win a daily prize. Click here to read more.
You current ranking:
Time Left: 19h 42m 14s