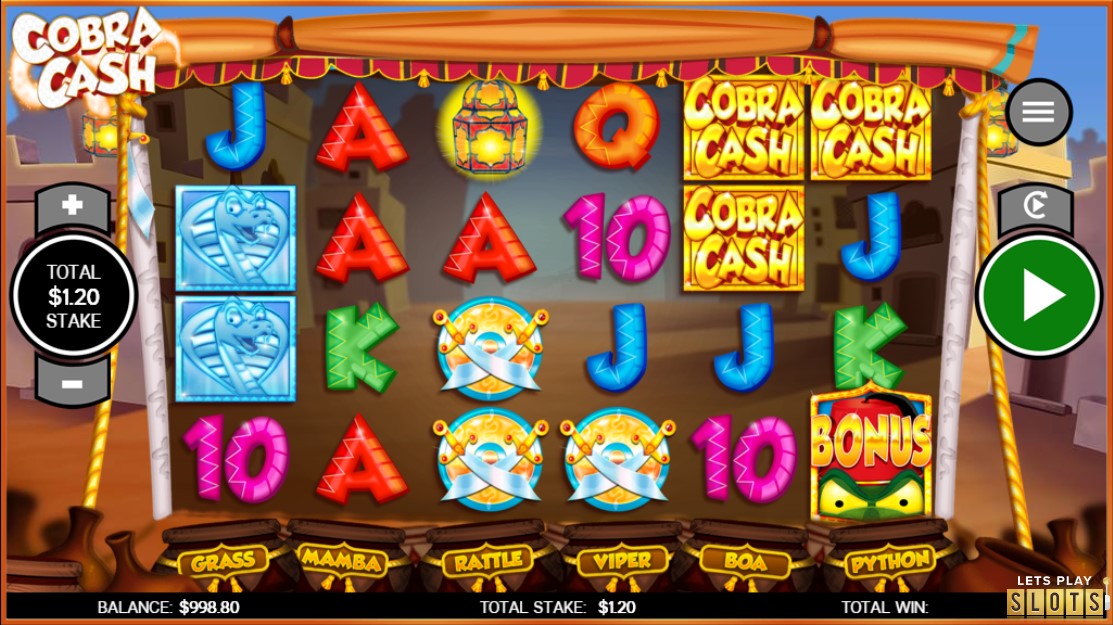 This is no time to be a snake in the grass – playing Cobra Cash will present you with all the opportunities to be a winner. Watch out for the appearance of the game’s Free Spins round and its features, such as Snake Adder and Snake Bite.

Cobra Cash is one of those games that has the intention of hooking you from the very start. The question is, does it manage to do this? Well, having played it for a while myself, I can honestly say that there are certain parts of it that do. The special features, for example, are quite the intriguing part of this Core Gaming slot. Yet, you may end up spinning the reels for a very long time before one of those comes into play. The developer has included high-quality graphics in the slot though, and the overall playability of it is very high. 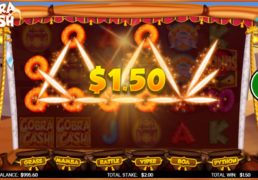 The fact that this slot game has six reels for you to spin is something that stands out from the get-go. It’s a feature of Cobra Cash that I’m quite fond of personally. As well as this, it has four rows and a total of 40 paylines for you to bet on. These lines have been fixed in place, but you’re able to easily change the wager that you place on these. The buttons on the left-hand side of the reels allow you to select from wagers between €0.40 and €100 per spin.

On the visual side of things, the slot features some appealing enough symbols. The first of these are visible in the shape of the playing card additions running from 10 through to A. The K and the A symbols can provide maximum rewards of €500. Then comes a symbol of a lantern, which offers maximum pay-outs of €750. You’ll also see a pair of cutlass swords crossing over one another, a cobra in blue and finally, the highest-paying symbol of the game’s own logo. This one can reward you with up to €2,500.

A wild symbol can also be found on the reels, allowing you to form wins when it substitutes for all other standard symbols. 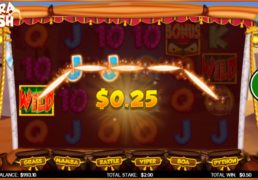 Cobra Cash features a bonus symbol for you to benefit from, which is present in the shape of a close up of a cobra’s head, and it’s wearing a fez hat. Three or more of these coming into view anywhere will reward you with seven free spins.

During the slot’s free spins round, you may see snakes come into play from the urns at the bottom of the reels. These snakes move quickly over all the reel positions and drop various wilds into different positions. The different snakes will also apply multipliers of up to 10x to any wins.

Additionally, the free spins round will come with a single extra feature in play. These are; the Snake Bite, which sees a snake bite between one and three times, turning 2-6 symbols into wilds, Snake Eyes, giving you the chance of a random snake appearing on every spin, Snake Adder, which upgrades the snake on every losing spin, and Snake Ladder, which sees the snake grow bigger with every free spin. 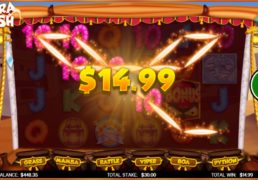 I enjoyed my time playing the Cobra Cash slot game. It features high-quality graphics from Core Gaming and the inbuilt special bonus features add to its overall appeal. I enjoyed the soundtrack in the game too, whilst the betting customisation provides you with plenty of wagering options.

This is no time to be a snake in the grass – playing Cobra Cash will present you with all the opportunities to be a winner. Watch out for the appearance of the game’s Free Spins round and its features, such as Snake Adder and Snake Bite.

Hurray! There is a competition going between users of our site!
You have to do nothing, but browse out site, and win a daily prize. Click here to read more.
You current ranking:
Time Left: 16h 50m 3s