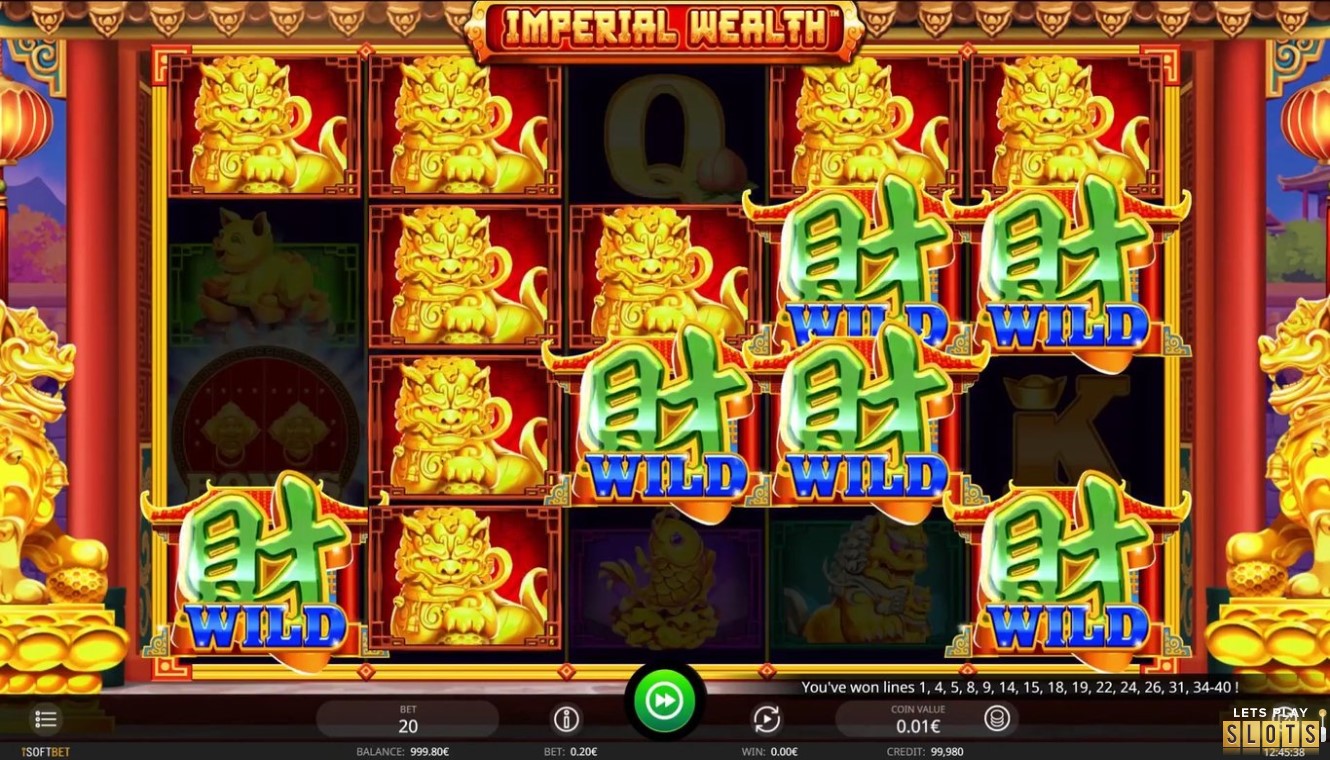 Become the richest leader in China with the Imperial Wealth online slot game from iSoftBet. Access its freespins, generate Mega Wins, Ultra Wins and even more when spinning its reels. See if you can become a wealthy and imperial ruler. 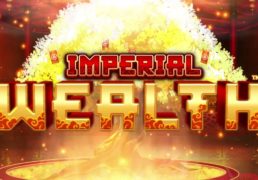 If it’s a taste of the orient that you’re looking for, then you needn’t look any further than the iSoftBet release Imperial Wealth. Speaking personally, I do enjoy accessing games that have themes built around other countries and locations, so Imperial Wealth stood out to me from the get-go. It’s an iSoftBet game too, and I’ve been known to have a bit of a weakness for playing this brand’s games. Naturally, it features the high-quality selection of graphics that the developer is known for, as well as several inbuilt bonus perks to keep you entertained. 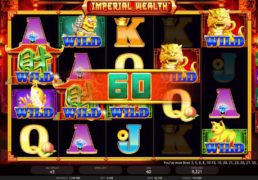 The base layout of the slot features a total of five reels and four rows altogether. I always like games that are that bit bigger than the norm, as it creates more of an exciting interface for me. As well as this, you will be able to place bets across 40 pay lines, which are set in position. Speaking of the wagers that you can place on these lines, you can select between values of €0.20 and €20 per spin, while an autoplay function is also available within.

The layout of the game features Chinese lions on either side of the reels, while the reels themselves are surrounded by what looks like an Eastern temple. As far as the symbols in the game are concerned, these start off with the regularly seen A, K, Q, J and 10 additions. Joining them are some icons of animals from the Chinese calendar, including the lion, the fish, the cat and the dragon. The lion is the top paying symbol of these, providing you with a pay-out of 12,000 times your wager when five appear on a pay line. A wild symbol is also present in the shape of the Chinese letter icon. 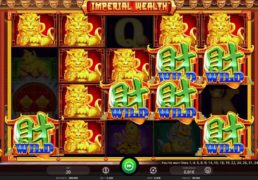 Imperial Wealth also has a couple of bonus features for you to enjoy, starting with the randomly triggered Imperial Roar addition. This takes place on any spin where the lions at either side of the reels will roar and award the spin with additional wilds, wild reels or a five-of-a-kind win.

I personally enjoy the Fortune Tree Bonus, which activates whenever you spin three, four or five of the bonus icon into view. This rewards you with five, 10 or 15 freespins, respectively. Before the round starts though, you get to select from money wallets on the Fortune Trees. These can provide you with extra freespins, additional wilds for the round or multipliers. More freespins can be won from bonus icons coming into view during freespins, with a maximum of 100 on offer!

While the features that are built into Imperial Wealth aren’t specifically a huge number, they’re still enough to help the game stand out on a higher level. I enjoy the prelude to the freespins round the most, but the inclusive graphics from iSoftBet and the overall theme of the game are also appealing within themselves.

Become the richest leader in China with the Imperial Wealth online slot game from iSoftBet. Access its freespins, generate Mega Wins, Ultra Wins and even more when spinning its reels. See if you can become a wealthy and imperial ruler.

Hurray! There is a competition going between users of our site!
You have to do nothing, but browse out site, and win a daily prize. Click here to read more.
You current ranking:
Time Left: 13h 57m 12s