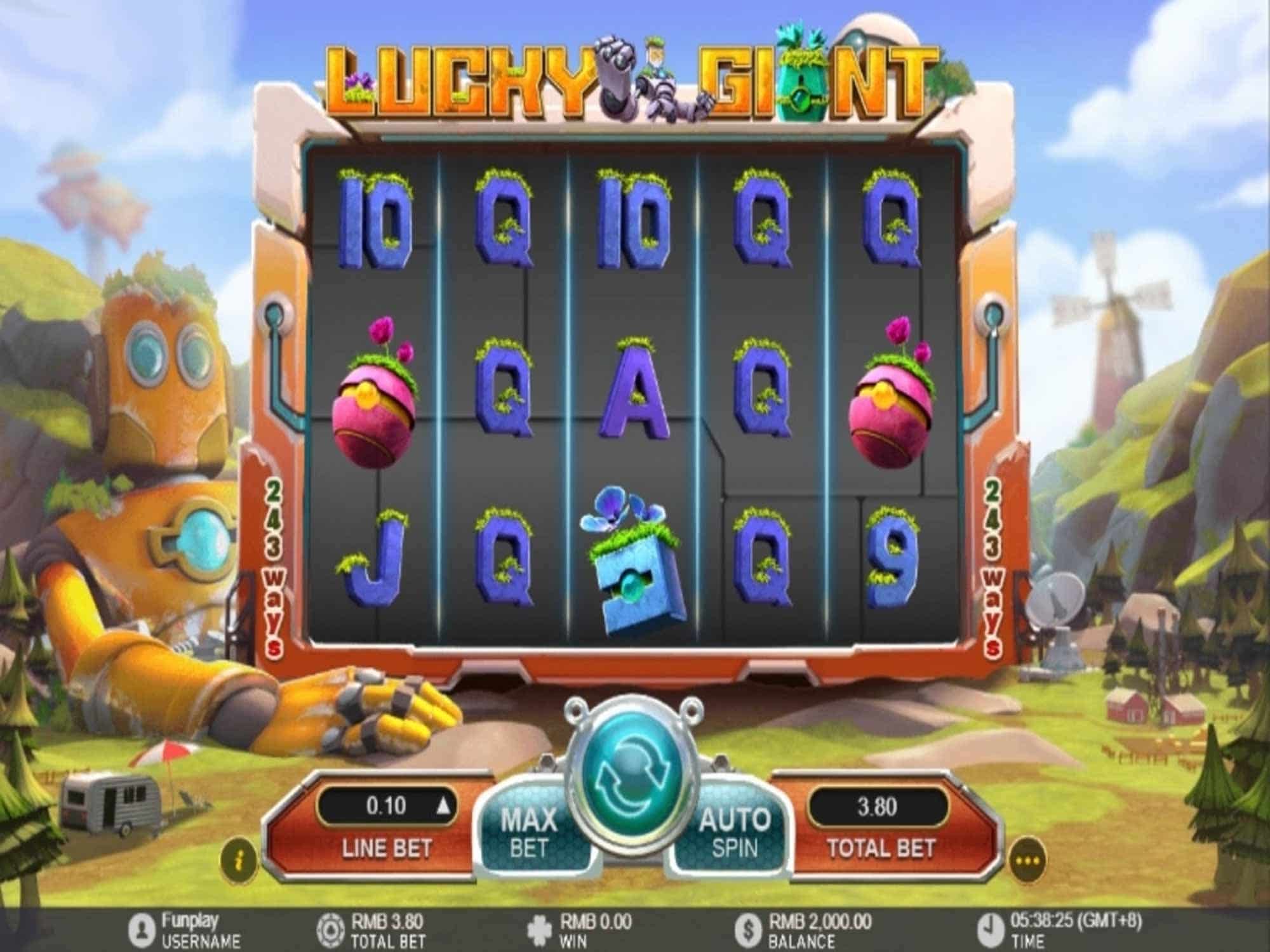 Lucky Giant is a Gameplay Interactive slot from June 2019, and it offers several interesting bonus features such as Money Circuit Bonus or free spins, but the real star of the show are Scatter Wilds that can also start having win multipliers up to x3, and there are also stacked Wilds on reel 3 that will nudge up or down as needed.

The game is a bit strange regarding the bet per spin, as it’s a 243 ways to win game so it’s expected we’ll only have to choose the total cash value of our bet. But this game introduces a fixed price of 38 coins per spin, and you get to select the line bet, from €0.01 to €3, which leads to a range of total bets per spin between €0.38 and €114. The game also plays out very slow and there’s no toggle to make the spins faster, though Autoplay at least reduces the time between spins. 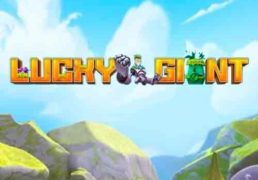 If the 38 coins are making the game a bit strange and a bit difficult to calculate the wins, then the 38 coin win for five-of-a-kind of all four high-win symbol makes it simple again. Very small, as it’s 1x your bet, but simple. The six card symbols pay up to 25 coins, and that’s it for this very poor paytable that can only give you your stake back at best, at least when only one payline is concerned. Wild only appears on reel 3, but will nudge up or down to create a full stack of Wilds, which will then help you get multi-payline wins. There are also Scatter wilds that land on reels 2, 3 and 4.

Mystery symbols appear on all reels, and upon the completion of a spin the symbol will be revealed. This isn’t among our favorite features in slots, as it does nothing except increase the suspense, especially as the mystery symbol can’t be one of the special symbols.

When you land three Scatter Wilds, you’ll get 8 free spins. During the free spins, Scatter will only appear on reel 5, and every time it lands you’ll get +1 extra free spins. Wilds will not nudge and appear on reel 2, 3 and 4, but there will be additional Wild Multiplier symbols on reel 3, with a x2 and x3 multiplier. Theoretical return to player (RTP) of Lucky Giant is 96.47%, which is more than good enough, and this value guarantees the slot game isn’t here to take your money. You can play for a long time without losing a significant portion of your bankroll. In theory, at least. Variance of this game seems to be medium, as there are so many bonus features that one of them is bound to get triggered, and the prizes you can get are average so this is definitely not a high variance slot in which you could win a ton of money if you’re lucky. This is a much slower and calmer game.

Lucky Giant isn’t really at a high production level, but everything about the game says it’s a quality title that should be played for real money. There are tons of bonus features, tons of Wilds on your board, and there are even win multipliers. This game can pay well despite the very poor paytable as it generates multi-payline wins often. Go ahead and try this game out, and you’ll see for yourself. Choose a good Gameplay Interactive casino and start playing.

Lucky Giant is a Gameplay Interactive slot from June 2019, and it offers several interesting bonus features such as Money Circuit Bonus or free spins, but the real star of the show are Scatter Wilds that can also start having win multipliers up to x3, and there are also stacked Wilds on reel 3 that will nudge up or down as needed.

Hurray! There is a competition going between users of our site!
You have to do nothing, but browse out site, and win a daily prize. Click here to read more.
You current ranking:
Time Left: 21h 43m 51s