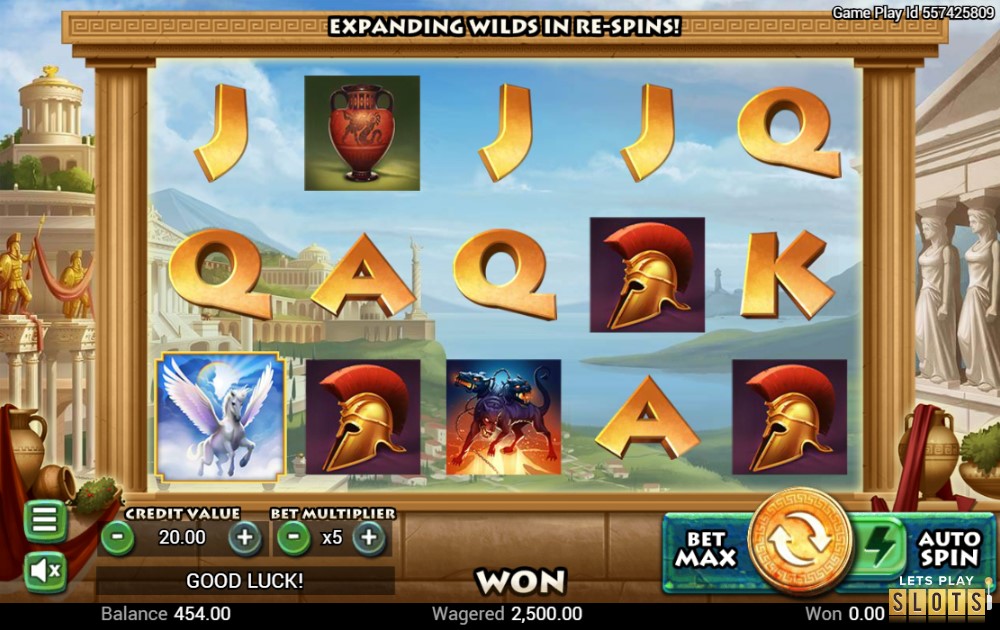 It’s true to say that just about all online software developer’s have chosen to incorporate the theme of Ancient Greece into at least one of their slots. Not all of them are successful with it, but I was quite pleased when I happened across Medusa’s Curse from Top Trend Gaming. If you’re like me, then […] 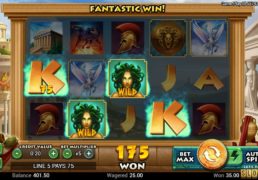 It’s true to say that just about all online software developer’s have chosen to incorporate the theme of Ancient Greece into at least one of their slots. Not all of them are successful with it, but I was quite pleased when I happened across Medusa’s Curse from Top Trend Gaming. If you’re like me, then the graphics of a game will be important to you, and they certainly stand out in this slot. It’s a video slot that has five reels and three rows, surrounded by the columns of a Greek temple. Across this setup, you have the opportunity to place wagers on 25 pay lines, and the slot features several inbuilt perks as well. 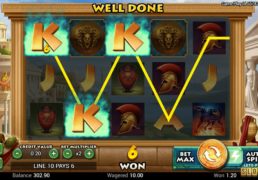 It was instantly clear to me when I started playing Medusa’s Curse, that Top Trend had decided to make this as thematically appropriate as possible. So, while you will see the standard J, Q, K and A icons on the reels, paying out up to 400 times your bet, there are additional higher paying symbols, too. These are the Greek urn, the warrior’s helmet and the Cerberus creature. The Greek temple symbol can pay out up to 5,000 times your stake. Finally, the Pegasus horse also shows up on the game’s reels.

The symbol of Medusa herself is the wild addition, and she can show up on reels two, three and four. She’ll nicely substitute for all other icons, with the exception of the slot’s scatter icons. There’s a bit of an extra perk to her as well, which I’ll explain a little later.

Bets in the game can be adjusted with coin values of between 0.01 and 20, as well as a bet multiplier option of between times one and times five. This makes the maximum wager during gameplay stand as €2,500 per spin. 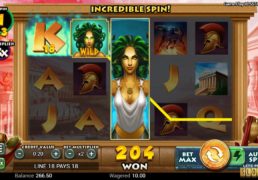 I’m always pleased to see freespins appear in an online slot game. Medusa’s Curse has these, with 10 of them handed out to you when you spin three or more sword icons into view anywhere. The warrior icon shows up on the third reel during this round and awards up to three Perseus Spins whenever it appears. All of these accumulated spins are played after the freespins round.

The Shield Bonus round of the game triggers whenever three shield icons appear on reels two, three and four. This sees three prizes be shuffled and hidden behind shields. Prizes will appear when you click on one of the shields.

Finally, there’s that extra perk to the Medusa wild that I mentioned earlier. You’ll get three re-spins of the reels with all prizes tripled if you spin three wild icons into view anywhere on reels two, three and four. One of the reels will also become a held expanded wild for the duration of these re-spins.

As someone who has played plenty of Ancient Greece-themed slot games, I’m actually quite happy to have located this one. The graphics are on top form, the gameplay is smooth, and it features plenty of different bet opportunities. Plus, when you trigger one of the feature rounds, it makes things even more exciting. It’s definitely one to sit at the top amongst my personal favourites in the category of Ancient Greek slot games.

It’s true to say that just about all online software developer’s have chosen to incorporate the theme of Ancient Greece into at least one of their slots. Not all of them are successful with it, but I was quite pleased when I happened across Medusa’s Curse from Top Trend Gaming. If you’re like me, then […]

Hurray! There is a competition going between users of our site!
You have to do nothing, but browse out site, and win a daily prize. Click here to read more.
You current ranking:
Time Left: 8h 47m 35s
Gambling is for 18+ though some countries may have other restrictions...Remember you should always Gamble Responsibly
We use cookies to ensure that we give you the best experience on our website. If you continue to use this site you agree to allow us to use cookies, in accordance with our Terms & Conditions.Agree & Close