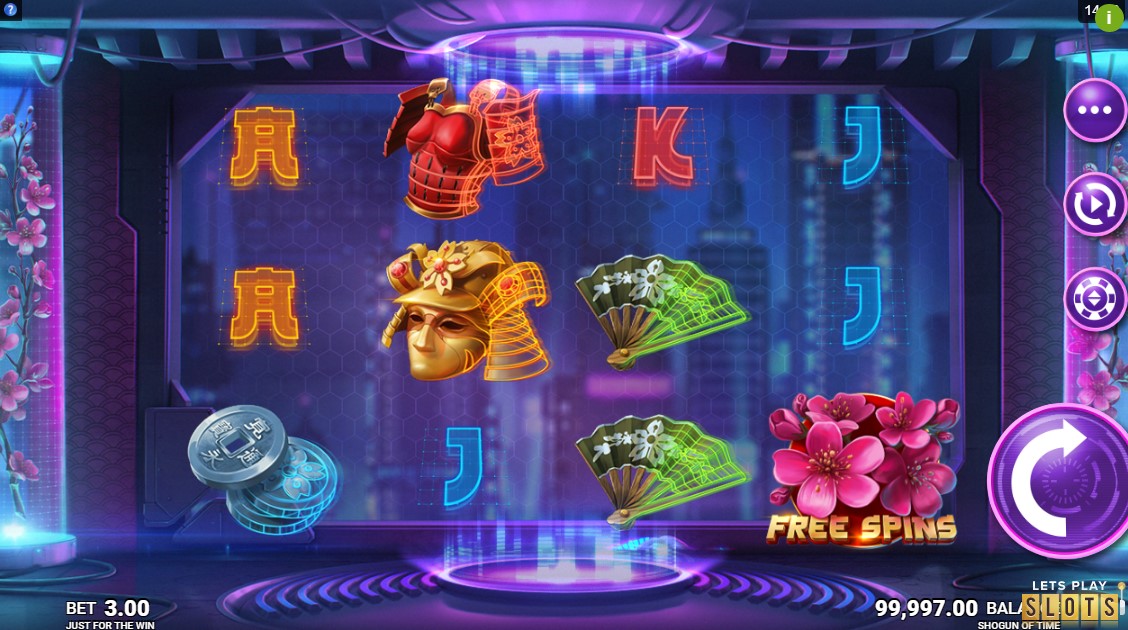 It’s not very often that a sense of serenity washes over you when playing a slot game, but Shogun of Time brings that feeling to you. Of course, there’s fun to be had too, thanks to the inclusion of Free Spins, Wild symbols and Reel Split Re-Spins.

Best Casinos to Play Shogun of Time for Real Money :

The Shogun of Time is ready to show you exactly what tranquillity and serenity is all about – and I love it! This Just for the Win slot offering has so much to provide to players, that’s it’s one of those games that has hastily made its way towards the top of my list of favourites. From its great graphics through to its inbuilt special features, Shogun of Time is just compelling from beginning to end. 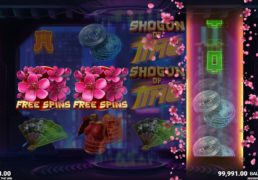 The setup for this slot game contains four reels and three rows, so it’s a little bit smaller in terms of its layout than standard video slots. This doesn’t pose any problems for the game though, because it still maintains strong gameplay. Across this layout, Just for the Win has also included a total of 81 paylines. You’re able to adjust your bet on these lines with the relevant button on the right-hand side of the reels. This gives you the opportunity to choose from bets between €0.10 and €100 per spin.

Starting off Shogun of Time’s lower-paying symbols are the playing card additions from 10 through to A. These can all multiply your stake by up to 2x at a maximum, while the next symbol is of silver pendants. There’s also an oriental fan on display, which can quadruple your stake as a pay-out. A samurai chest-piece is also on display as a symbol. The highest-paying icons in the game are the samurai helmet and the game’s own logo, with the latter being able to multiply your stake by up to 12x. 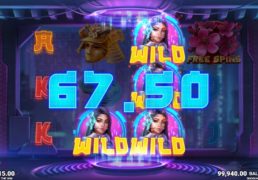 The wild symbol of this game is one of its most intriguing features, I think. It’s represented by the futuristic-looking girl, and as a wild she will substitute for all standard symbols to help you with creating wins. Additionally, this one can show up in stacks, which cover an entire reel of three locked wild symbols, giving you more chances to form winning combinations.

There’s also something known as the Reel Split Re-Spin feature in the game, which can only occur during base gameplay. If a win with four symbols is awarded, then this can trigger. Should it do so, an additional reel is brought into play between the second and third reel and this additional reel will re-spin while the others remain locked. This increases the ways to win from 81 to 243 and if symbols on the extra reel create a winning combination, you receive another pay-out for it.

Another favourite feature of mine in Shogun of Time is the free spins round. To activate this, you need to spin three or four of the scattered free spin symbols into view anywhere. Three of them give you eight free spins while four provide you with 16 free spins. These are played with five reels, 243 ways to win and both-way wins in play. The middle reel exists as a stacked wild for the duration of the feature, too! 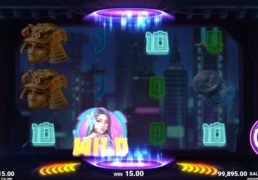 Shogun of Time shouldn’t be bypassed by any avid slot gamer, I believe. It’s just one that everyone should try out, and I’m certain that you’ll all love it as I do. There isn’t anything negative about it. The graphics are perfect, the soundtrack is apt, the inbuilt features give the game more entertaining qualities and the overall gameplay is compelling throughout. A perfect addition to Just for the Win’s catalogue.

It’s not very often that a sense of serenity washes over you when playing a slot game, but Shogun of Time brings that feeling to you. Of course, there’s fun to be had too, thanks to the inclusion of Free Spins, Wild symbols and Reel Split Re-Spins.

Hurray! There is a competition going between users of our site!
You have to do nothing, but browse out site, and win a daily prize. Click here to read more.
You current ranking:
Time Left: 6h 22m 31s