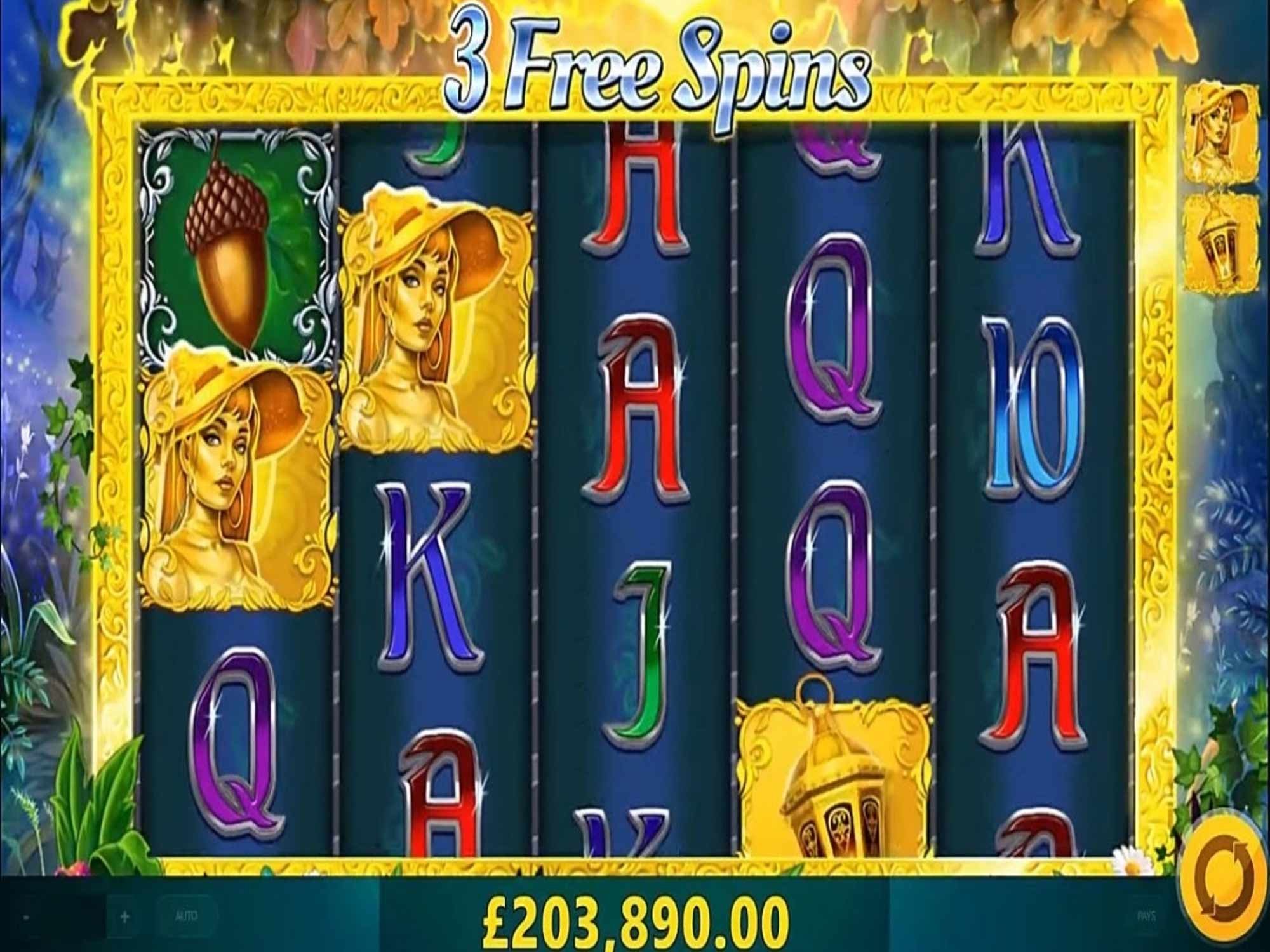 Splendour Forest is a modern classic slot with a fairytale theme, and a free spins game with special expanding characters, up to five of them. This high variance slot has 10 paylines on a standard 5×3 board and it can get you huge wins during the free spins feature!

Splendour Forest is played on a 5×3 board with 10 fixed paylines, and the bet per spin can range from €0.10 to €100, which means the bet per payline is between €0.01 and €10. The game is very easy to set up as there are no coins to worry about, you simply select your total bet and you’re done. The only other options are Autoplay and Turbo. 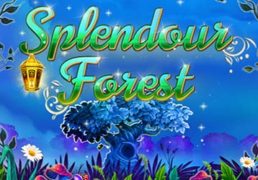 Splendour Forest is a game that uses the recently very popular fairtytale theme and puts it in a classic slot, but the game is still doing just enough to be considered a modern slot game. Some players will really enjoy this as it gives them the best of both worlds, though it is much closer to a classic slot.

The paytable consists of five card symbols, three medium-win symbols, one really powerful Witch symbol and a Golden Tree that is both the Scatter and the Wild. The Witch pays whopping 5000 coins for five-of-a-kind, and the three medium-win symbols pay 1500, 800 and 500 respectively. The five card symbols aren’t completely useless but you’d need a full winning payline or multiple winning paylines to get enough money from them. Overall, the paytable is nicely balanced and it offers enough small prizes to keep you going as well as a huge prize when you land five Witches. 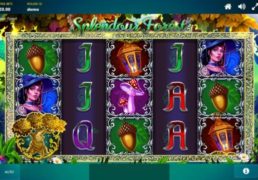 Golden Tree is both the Scatter and the Wild symbol, and when you land three of them on the same spin on reels 1, 3 and 5, you’ll trigger free spins that can be re-triggered multiple times. During the free spins feature, Golden Symbols will expand for extra wins, and you can get up to five of them. You pick the Golden Symbols before the feature begins, and can either get another pick or you will collect the Golden Symbols you got thus far. The Golden Symbols expand to fill their respective reel so you win more, and the prizes are the same as in the normal paytable. This free spins feature is inspired by Book of Ra so all players will be familiar with it, and Splendour Forest tries to bring this to the next level by giving you not one but up to five special expanding symbols.

Theoretical return to player (RTP) is, unfortunately, what you’d expect from a classic slots game as it stands at 95.09%. The main appeal of this game is that it’s a high variance game so it can pay a lot – up to 6400x your bet on a single spin to be precise – and all of the big wins in Splendour Forest will come from the free spins game, especially if you manage to get the Witch as the Golden Symbol that expands to fill the reel.

Players who prefer modern slots will probably stay away from this game because of low RTP and one single bonus feature, but then again, players who are looking for high variance slots with powerful bonus features will enjoy Splendour Forest. This is a game where you play many losing spins in hope of triggering that bonus feature and then having some luck with the number and quality of Golden Symbols you’ll get. If that happens, you’re set for some huge wins. After all, Book of Ra isn’t any different, and Splendour Forest is a very similar game – with a better RTP and multiple special expanding symbols.

Splendour Forest is a modern classic slot with a fairytale theme, and a free spins game with special expanding characters, up to five of them. This high variance slot has 10 paylines on a standard 5×3 board and it can get you huge wins during the free spins feature!

Hurray! There is a competition going between users of our site!
You have to do nothing, but browse out site, and win a daily prize. Click here to read more.
You current ranking:
Time Left: 21h 25m 40s