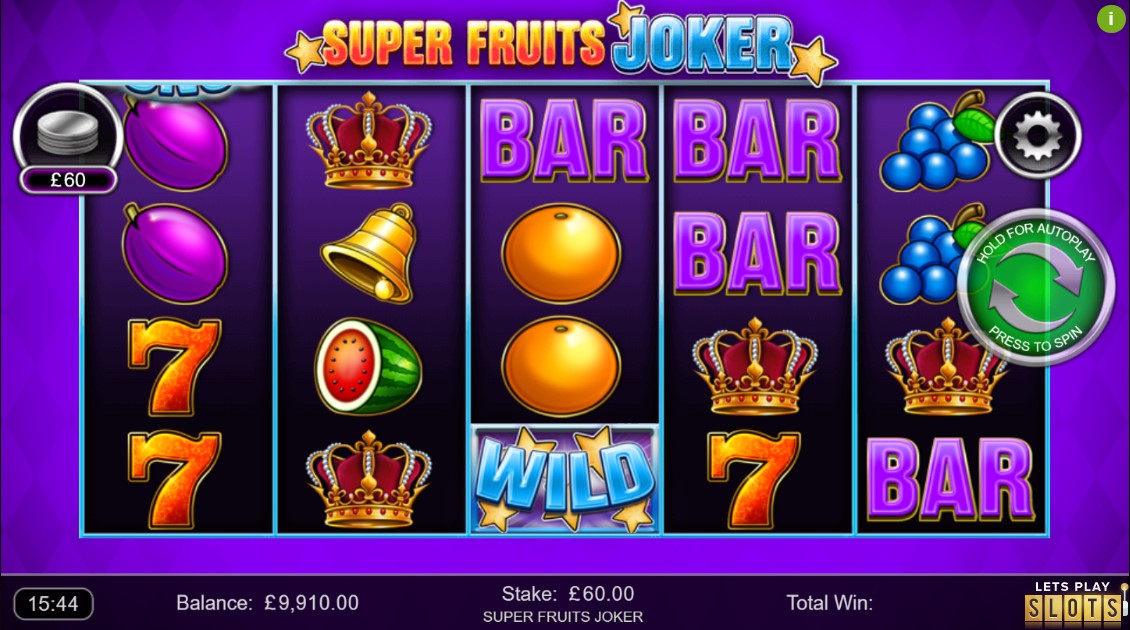 This Inspired Gaming online slot offering takes all of the thrills of a traditional slot with its fruit symbols and it gives them a bit of a fresh take, with Wild symbol, Scatters and a Free Spins round all making an appearance within for you.

Super Fruits Joker is one of those online slot games that doesn’t really stand out from afar. It’s only once you start playing it that it reveals its hidden perks, as I found out. Most people know that I’m not really a fan of classic or traditional slots and their imagery, which is what Inspired Gaming has chosen to include in this game. However, there’s also some additional features within for you to experience, too. 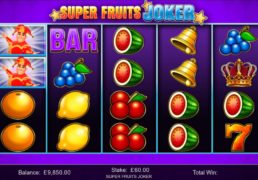 The setup of the slot consists of five reels as standard, but it has four rows instead of three. You’re able to win in 1,024 different ways too, which is always something great for me to see in a video slot. The bet that you can place in the game is changeable with the button in the top-left corner. This allows you to choose from stakes between €0.20 and upwards to €60 per spin.

The imagery within the slot is fairly basic, but a sort of higher quality basic. The first of the game’s symbols are the plum, the orange, the lemon and the cherries, which can all pay out up to €150. There’s a golden bell and a purple BAR symbol, too. A watermelon and a bunch of grapes act as two other symbols. The orange number 7 and the king’s crown are also higher-paying additions. It’s the joker himself that operates as the overall highest-paying symbol though, awarding up to €420 as a pay-out. 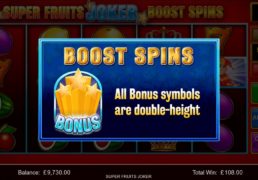 There’s a wild symbol in this slot game, which will substitute for all other symbols, with the exception of the bonus icon. This one can very much assist you with forming winning combinations on the reels and it will show up on reels two, three and four.

The bonus symbol in the game can show up on any of the reels, and if you spin three, four or five of them into view anywhere, you’ll activate the game’s free spins round. There’s up to 20 of these available to win, with the amount dependent upon how many scatters are in view. During this round, two or more bonus symbols showing up will reward you with more free spins.

Furthermore, if you create any wins that are equal to or greater than the bet in play, you’ll activate Boost Spins. The cost of subsequent games is then deducted from the winnings meter of this round, instead of the credit meter. Winnings are then automatically collected if they fall below the current bet value. 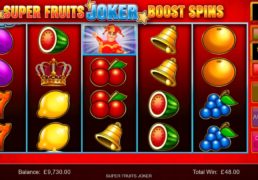 I wouldn’t say that this Inspired Gaming slot is going to come at the top of anybody’s list of the most innovative slots, but it’s one of this brand’s best offerings. The graphics are decent enough and it’s nice to see some appealing inbuilt features for a game such as this, but I’d also like to see more from it, if I’m honest.

This Inspired Gaming online slot offering takes all of the thrills of a traditional slot with its fruit symbols and it gives them a bit of a fresh take, with Wild symbol, Scatters and a Free Spins round all making an appearance within for you.

Hurray! There is a competition going between users of our site!
You have to do nothing, but browse out site, and win a daily prize. Click here to read more.
You current ranking:
Time Left: 22h 31m 40s