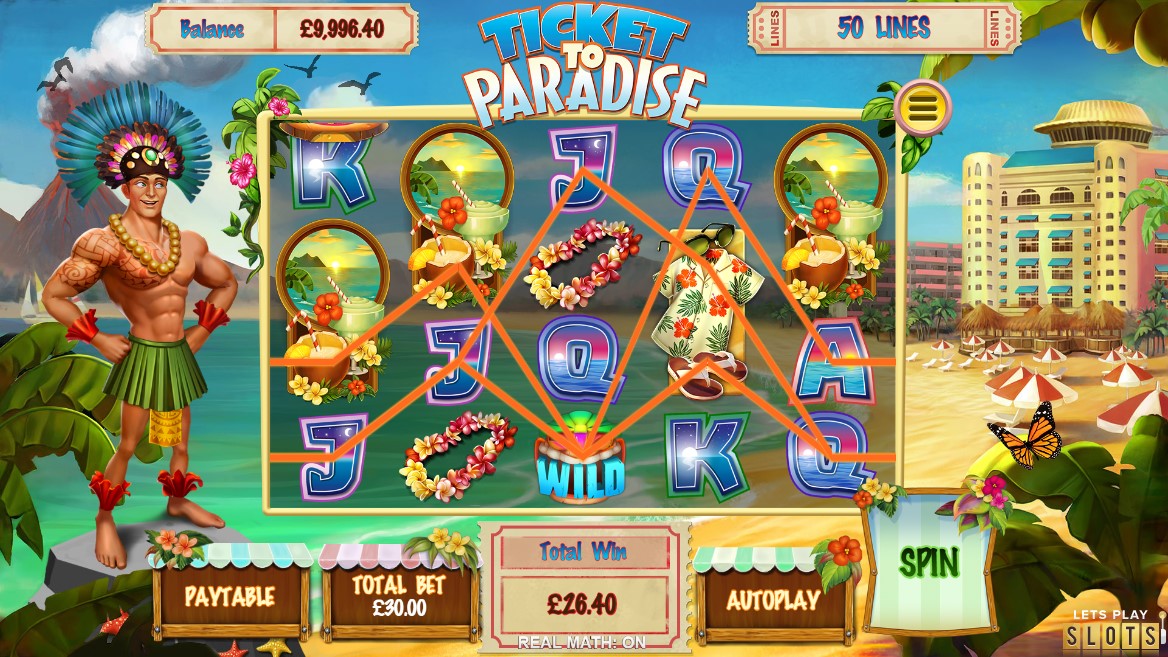 There’s a Ticket to Paradise waiting for you right here with this Asylum Labs online slot game. Spin its reels and experience the helping hand from the wild symbol, the Beach Break Respins, the All Ways a Winner and bonus pick me round.

Best Casinos to Play Ticket to Paradise for Real Money :

If I start gushing about this slot, then you’ll have to excuse me. Yet, the Ticket to Paradise game is actually that good that not gushing about it would be a crime. Taking you to the islands of Hawaii, developer Asylum Lab has crafted a truly compelling slot, featuring masses of inbuilt features and wondrous rounds to play through. That’s definitely quite a feat to achieve in the overcrowded slot market, but I was very much impressed by this offering. 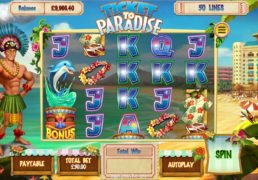 The setup of this game remains as a five-reel layout, but it contains four rows instead, making a little larger. I like this type of layout, and Asylum Lab has proceeded to place 50 fixed pay lines across the reels as well. You have the opportunity to alter your wager in the game, which is done simply by clicking on the “Total Bet” box. There, you can choose from total bets between £6 and £30 per spin.

The symbols appearing on the game’s reels start with the often-seen playing card additions from 10 through to A. A maximum win of £72 can be taken from the letter A. Then comes the Hawaiian lei, offering up pay-outs of £78 at a max. There’s also an icon of a couple of tropical cocktails, some Hawaiian attire, and a dolphin. The surfer and the game’s own logo act as the highest-paying standard symbols though, with the latter offering rewards of up to £240.

A wild symbol is also present on the reels, which will substitute for all other icons, except the scatter. This one can pay out up to £720 if you form wins consisting solely of wilds. 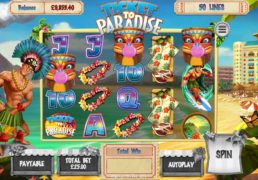 If you spin three bonus icons into view on reels one, three and five, then you’ll activate the slot’s bonus round. This is my favourite part of Ticket to Paradise. The bonus round starts with a pick me section, meaning that you have to select from various shells to reveal various bonus round images. Uncover three of the same to trigger its corresponding bonus round.

There’s the Underwater Treasure Bonus, which gives you 10 free spins featuring a wild Luau Dancer reel. Collect drinks during this round to earn extra wild reels and spins.

If you trigger the Island Explorer bonus feature, then you get to stop at activity areas to be able to grab cash rewards. Level up as you go to increase your odds of winning and then make it back to the “Start” point for an additional cash reward.

The third bonus feature is the Luau Party. Pick from the five performers to go ahead with their solo. The longer they entertain, the more you receive in winnings. If you get an encore from the crowd, then you receive an extra reward.

One more thing I should mention, are the random special reel features. These can occur at any point during the base game. There’s the All Ways a Winner, increasing the number of ways to win to 1024, the Aloha Lei, which prompts the bonus round to begin, and the Beach Break Respins. 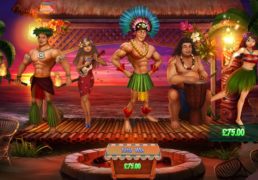 Ticket to Paradise is just stuffed to satisfaction with special features and appealing gameplay. I actually love this game, which is made even better by the inclusion of superb graphics and an exciting soundtrack. The bonus rounds are all thrilling and everything merges together to form a great slot offering.

There’s a Ticket to Paradise waiting for you right here with this Asylum Labs online slot game. Spin its reels and experience the helping hand from the wild symbol, the Beach Break Respins, the All Ways a Winner and bonus pick me round.

Hurray! There is a competition going between users of our site!
You have to do nothing, but browse out site, and win a daily prize. Click here to read more.
You current ranking:
Time Left: 55m 23s