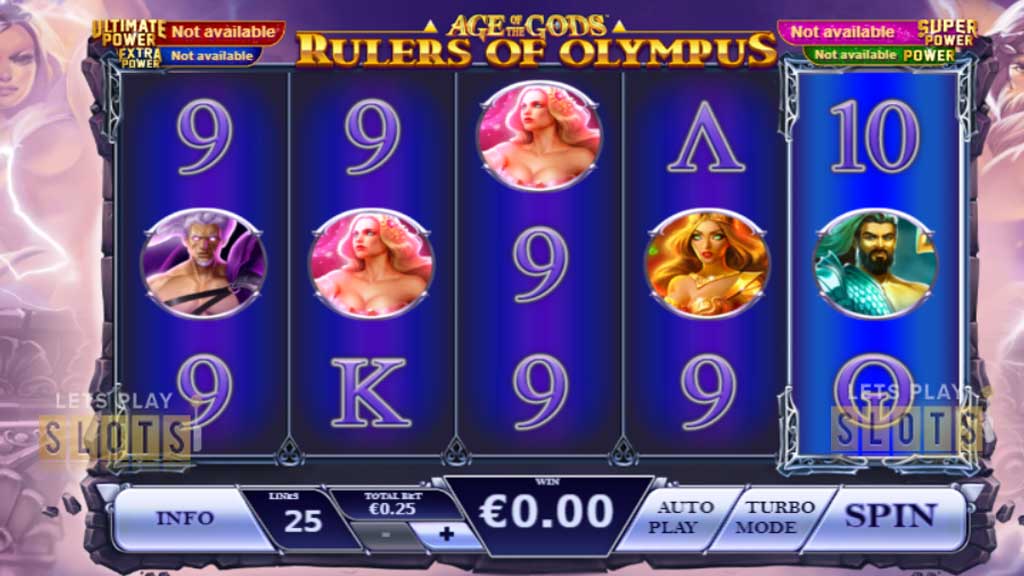 Age of the Gods Ready The “Rulers Of Olympus” For Battle

Mythology has always been a favourite theme in the online slot genre and Playtech is continuing that tradition by releasing their latest game ‘Age of the Gods: Rulers of Olympus’. This is a new five reel slot game with 25 paylines. Featuring a conflict between Hera and Zeus, the two rulers of Olympus, this game delivers some unique features for its players to enjoy.

When players enter the game they are presented with the sight of Mount Olympus, the traditional home of the Greek gods. They will be participating in a struggle for dominance between the two rulers of Olympus and to help one side or the other, they have to score winning combinations.

At least three of the same symbol needs to be on adjacent reels to get a win. Players should be familiar with the lower-value card symbols. For more valuable wins, players will need to score the four other gods of Olympus which includes Hades, Poseidon, Aphrodite, and Athena. The most valuable of these is Athena.

However, for those who truly want to win big, players will want to get either Hera or Zeus. Though both are wild symbols, which means they can act as other symbols, they can also be scored on their own. If a player gets a five of either, they pay out 40 times the value of the player’s stake.

Hera and Zeus are not well-behaved God’s though. When they show up and after the spin, they move one reel to their left or right. This means that they stay on the screen until they leave the reels. However, there is a chance that Hera and Zeus may meet in one of the spaces. This is when the two gods clash. This gives the players additional spins and more wild symbols. This only ends when Zeus is defeated.

That’s not the only bonus game featured. The Olympus Free Games symbol can show up on the fifth reel. If it does, players get to play on a 50 payline reel set with seven free spins. The trouble is that the value of symbols is lower. Players can also get the Thunderbolt Bonus when it appears on the fifth reel, which gives more wild symbols and free spins.

Finally, this game is linked to the other Age of the Gods games in a progressive jackpot feature. A lucky player can potentially win millions if they can win the jackpot game. Overall, this game is a fun little diversion that has the potential for big wins.

Hurray! There is a competition going between users of our site!
You have to do nothing, but browse out site, and win a daily prize. Click here to read more.
You current ranking:
Time Left: 3h 24m 46s