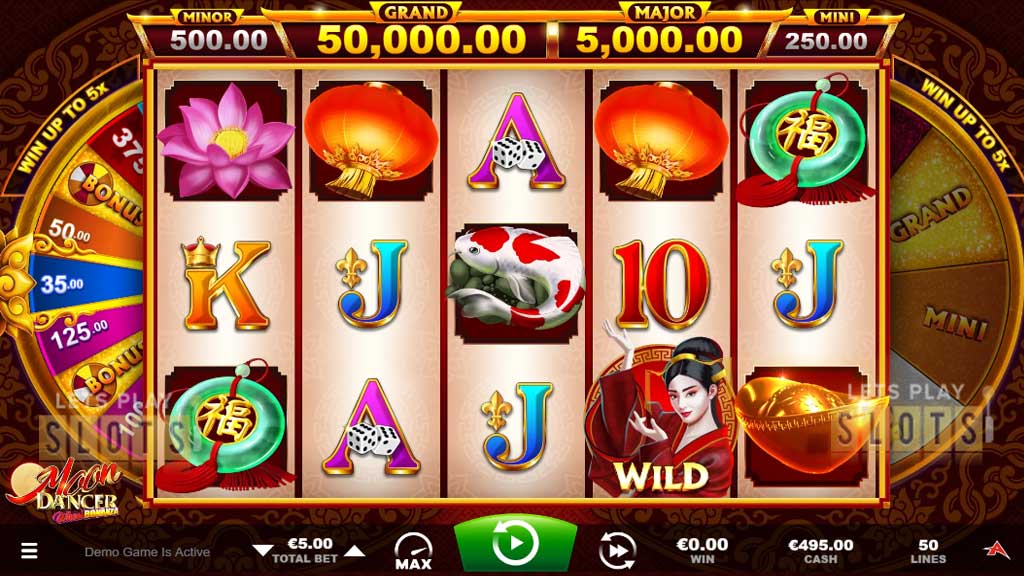 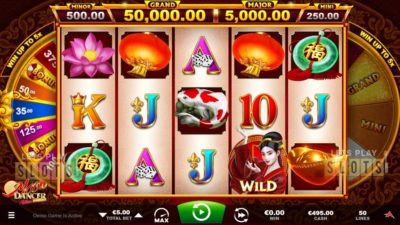 Slot developers are coming out with a lot more Asian themed games these days as the popularity of slot games in Asia continues to grow rapidly.

Ainsworth is the latest developer to release an Asian themed slot. The new game is called “Moon Dancer“.

Players are presented with a nice-looking setting that has a strong Asian feel to it.

While the theme is not very noticeable at first, players will start seeing it when the reels spin.


The main theme of the game is based around Oriental women dancing in traditional clothes. While the background is nice, it is a bit bare. The grid is a standard grid consisting of five reels and three rows. There are surprisingly 50 paylines on it, which gives players a good chance at the win.

Bets range from $1 to $20 which is rather limiting. High rollers will be spending their time elsewhere but the limited betting options are great for beginners and players who don’t have a huge big bankroll.

The game shines with the various symbols that it uses. There are the basic card royals that represent the lower-value wins. But instead of generic symbols, they are done in Oriental style. Players are also treated to thematic symbols. These are the koi fish, lotus flowers, golden ingots, Chinese lanterns and jade pendants.

The most rewarding symbols are the koi fish and the gold ingot. They pay out 6x when a player gets five of these symbols.

The game has three special symbols which makes things more exciting. One of them is the wild symbol, which is in the form of a Chinese lady, and it substitutes for all the basic symbols. It will only show up in the three middle reels though.

There is also the wheel symbol, which is the scatter. It can trigger several bonus features. When five of them appear anywhere on the grid, players get an x1 multiplier. If they get more, they can potentially get an x2 or an x5 multiplier. Scoring it on a payline can allow for up to 18 free spins.

The pagoda symbol is another scatter symbol and it only appears on reels 1, 3, and 5. Players who score it get a bonus spin with a multiplier. Wilds will also appear more frequently during this spin. Additionally, all the low-value symbols will be removed for the spin.

If you like playing Asian themed slots, go ahead and give Moon Dancer a few spins.

Hurray! There is a competition going between users of our site!
You have to do nothing, but browse out site, and win a daily prize. Click here to read more.
You current ranking:
Time Left: 1h 35m 58s