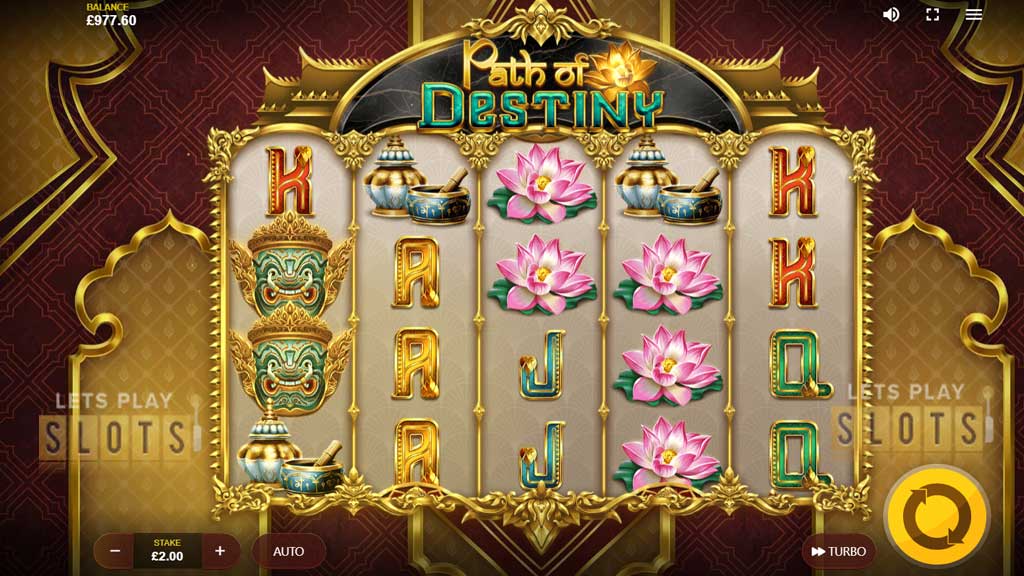 Celebrate Diwali This Weekend With The “Path of Destiny” 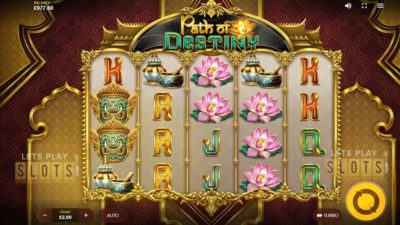 Hindu mythology is a bit under represented when it comes to slot games. Most slot developers prefer to use Greek and Egyptian mythologies for their slot themes. Red Tiger Gaming decided to develop a slot game based on Hindu beliefs in an effort to bring something different to the slot market.

The new game is called “Path of Destiny“. In this game, players will be seeking the favor of Lord Ganesha, the Hindu god of success. The developers have done a great job with the graphics which clearly convey the theme of this game.

The game has five reels and four rows for its grid. There are 20 paylines to work with. Players will be looking to score a combination of three or more symbols to get some good wins. The main symbols that players will see are the low-value card royals.

The next level is the bowl, flower and statue. The most valuable symbols are the jade and gold facemasks. These can payout the most with 1,389 coins with five symbols on a payline.

Players can wager from 10p to £40 per spin. This appears to be a rather small betting range but players can get pretty big winnings from this game. If you have a decent size bankroll, you can use the auto spin feature that will allow you to keep spinning the reels without stopping. Do note that this slot is compatible with both Apple and Android devices, allowing you to enjoy this slot while on the move.

The volatility for this game is pretty high and is has an RTP of 95.71 percent.

Although the game has kept it simple with the basics, the game still delivers on the special features. It is not as feature-packed as other games but the limited special features are exciting. First, there are the Ganesha Coins. These coins have the face of the Hindu god on them and when they land, they all become the same random symbol. This can potentially lead to winning combinations because of the transformation.

The second special feature is the Lucky Spins feature. The game has a Lucky Spins logo symbol and it acts as the game’s scatter. It will appear only on the first, third, and fifth reels. If one appears on all three at the same time, players get to walk the Path of Destiny. They then get 10 free spins. A bonus of five free spins is waiting for them when they land the scatter again during these spins.

Overall, Path of Destiny is a nice little slot game that gives you a glimpse into Hindu mythology.

Hurray! There is a competition going between users of our site!
You have to do nothing, but browse out site, and win a daily prize. Click here to read more.
You current ranking:
Time Left: 5h 28m 17s