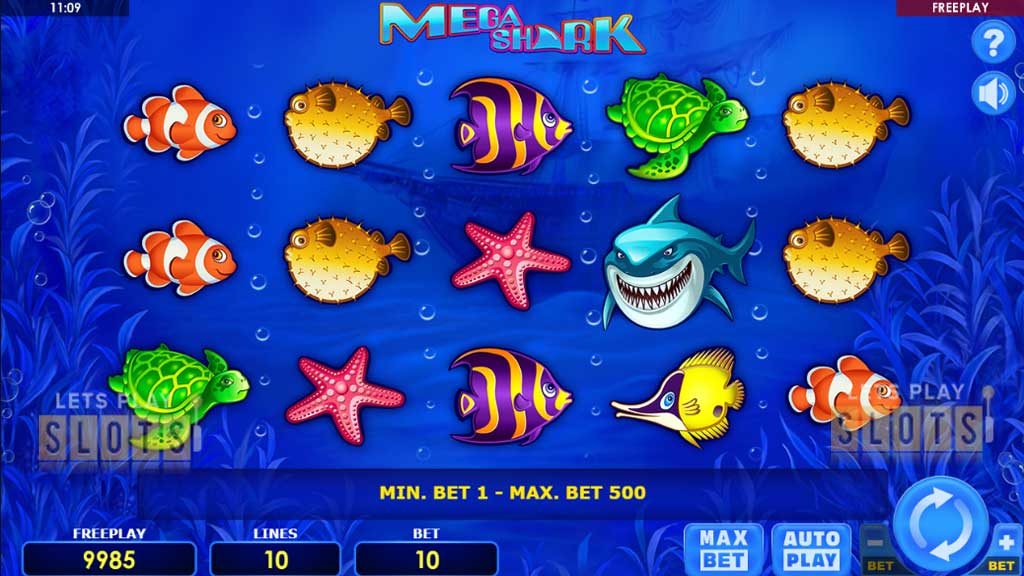 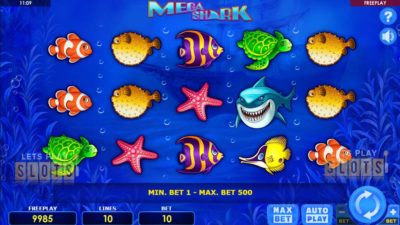 The Ocean’s depths are filled with hidden mysteries that can be quite fascinating. This realm is still one of the few realms that have yet to be fully explored, which makes it perfect for movie developers and slot game developers to explore.

Amatic Industries is taking players down into the deep with their latest offering called “Mega Shark“. The developers decided to take a cartoonish approach to this game which will appeal to some and disappoint others.

With the blue background, players will feel like they are under the sea and the background sounds will give you the feeling of being underwater.

This game presents players with the grid and symbols right in the middle of the screen. The grid consists of five reels and three rows. There are 10 paylines which is pretty average these days. The betting range is from $10 to $500.

This is a wide range which will attract mid-stakes and high stakes players. Newbies and low rollers will probably stay away from this game. The max cash jackpot is at $250,000 so that can be a pretty big win but the RTP is rather low at just 95 percent.

This game does not have a lot of special features which will disappoint a lot of the modern day players. There is no Wild symbol, so players do not have an easier chance at winning. The only special symbol is the Bonus Symbol, which has the words Bonus on it. Players can trigger the game’s bonus by scoring three symbols. Players also get a payout when scoring three bonus symbols, with a maximum of 50x their stake.

Players can potentially get 15 to 30 free spins from the bonus. Besides all the free spins, players will also get a multiplier on their wins. Every win will have a 3x bonus which is pretty good. Additionally, players will be able to trigger the bonus feature again, if they score the bonus symbols a second time.

Hurray! There is a competition going between users of our site!
You have to do nothing, but browse out site, and win a daily prize. Click here to read more.
You current ranking:
Time Left: 1h 53m 44s