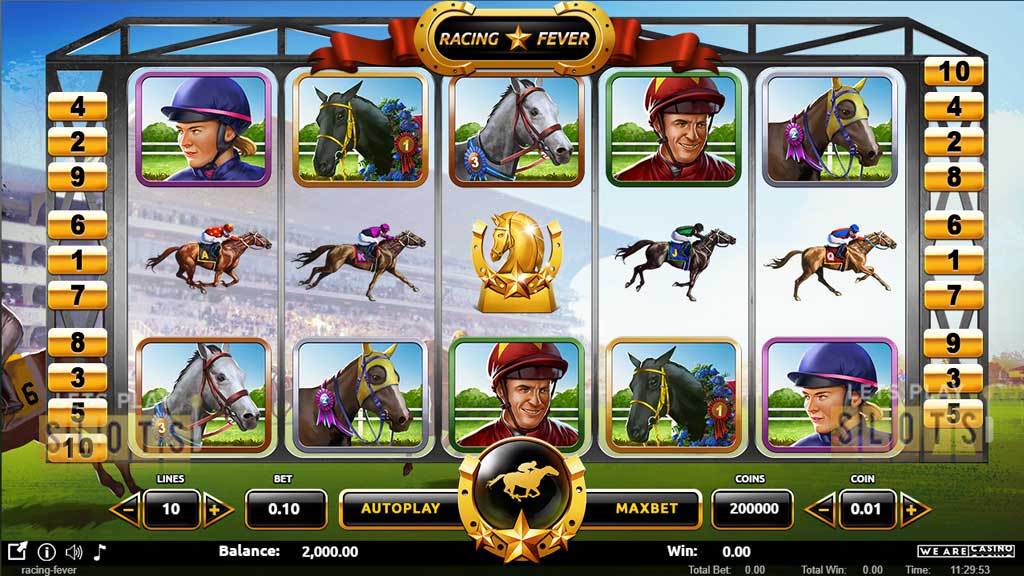 Equestrian Slot “Racing Fever” Is Released By We Are Casino 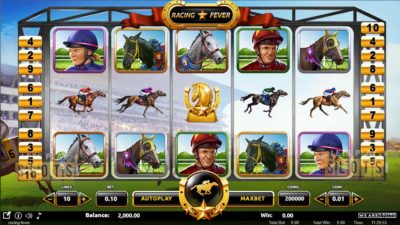 If there is one form of gambling that is widely accepted throughout the world, it is horse betting. Some countries like India permit horse racing betting but do not allow games like poker to take place legally.

We Are Casino decided that it was time the market was introduced to a new equestrian sport and came out with Racing Fever which is a pulse-pounding slot game that brings the excitement of the track to slot players.

This game takes the basics of slot machines and combines it with the horse racing theme. When players start this game, they are presented with a racetrack and the stands.

Players will immediately notice that the game does manage to keep in theme with its symbols. No cards in this game. It is all jockeys and horses, with a trophy thrown in.

The grid has five reels and three rows. There are only ten paylines though the game does have high variance, which means players have a chance at winning big. The largest prize can have players winning 1000 times their wager.

The game is functional both for mobile and desktop compatibility. However, you might face a small problem due to the fact that the screen can get too small if it is played on a smartphone.

Though the basic game is not very entertaining, players can spice it up by triggering the special features. This is mainly done by scoring trophies, which is the game’s scatter symbol. There are three different bonuses available.

If a player scores one or two trophies, they suddenly become wilds when the reels stop. They will act as all other symbols and allow players to win more easily. For players who score three or four trophies, they get awarded with free spins. Ten spins should be enough to give players a chance at a good win. Unfortunately, there is no way to add to those spins.

Finally, if a player is lucky to score five trophies, they will be able to play the bonus game. It is actually a digital race and players have to pick a race. Then the race happens. If the player predicted right, then they get a big jackpot.

Overall, Racing Fever is a pretty unique HTML 5 slot game. The bonus game makes players think of virtual racing. It will take you some time to get used to how this slot plays. The good thing is that the game does have high variance which means big prizes. Do give it a try when it comes to your online casino!

Hurray! There is a competition going between users of our site!
You have to do nothing, but browse out site, and win a daily prize. Click here to read more.
You current ranking:
Time Left: 48m 45s