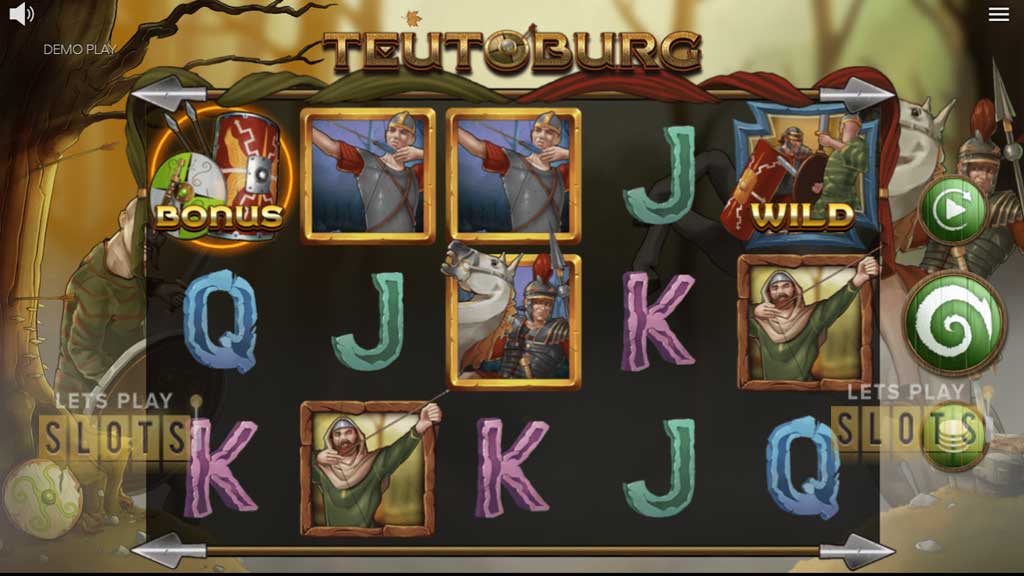 Fight The Romans In The Epic Battle of “Teutoburg” Forrest Slot 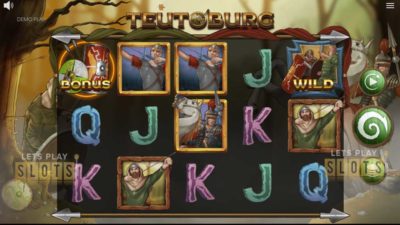 This was a major victory that set back Roman expansion northward and has long been heralded as a victory of the underdogs. Spearhead Studios is recognizing this achievement by releasing a slot game titled “Teutoburg“.

Players will be taken directly into the battle in this game. Here they will see a German tribesman fighting a Roman soldier in the background, with the forest being visible.

The graphics and the audio contribute to the tense and exciting atmosphere in the game. Painted shields are used as the buttons for the game.

When it comes to gameplay, there are five reels and three rows to play with. Only nine paylines are available though. Players can win by getting three matching symbols from left to right. Players can make a wager from nine cents to 90 euros. That is a pretty good range and matches well with the game’s RTP of 96.07 percent which is pretty good. The game’s symbols are a mix of the card royals and the scenes of the battle so it continues the theme of the game.

The game has several special features that make it interesting. First, there is the Wild symbol. This is the symbol depicting the fighting Romans and Germans. It substitutes for many icons and can carry a prize multiplier of x2, x3, or x5.

There are also an additional two symbols. One is the Mystery Symbol. This is a green shield with question marks. When it lands, it can transform into either a Roman or German soldier. Since these icons are all high-paying, players will be keen on having them show up.

There is also the Scatter symbol. This symbol is a pair of shields. Players will get free spins if they score them as a winning combination.

Players will also enjoy the Ambush feature. This happens when the mystery symbol appears beside a Roman soldier. When the symbol that appears turns out to be a German tribesman, it attacks the adjacent soldier. The results can be various icons and can even result in wilds. This can potentially lead to big wins.

Besides the Ambush, players can double their winnings. After every winning combination, players get to choose to gamble between a red-or-black card game or a ladder game. If they win, they double their prize.

Hurray! There is a competition going between users of our site!
You have to do nothing, but browse out site, and win a daily prize. Click here to read more.
You current ranking:
Time Left: 8h 19m 44s