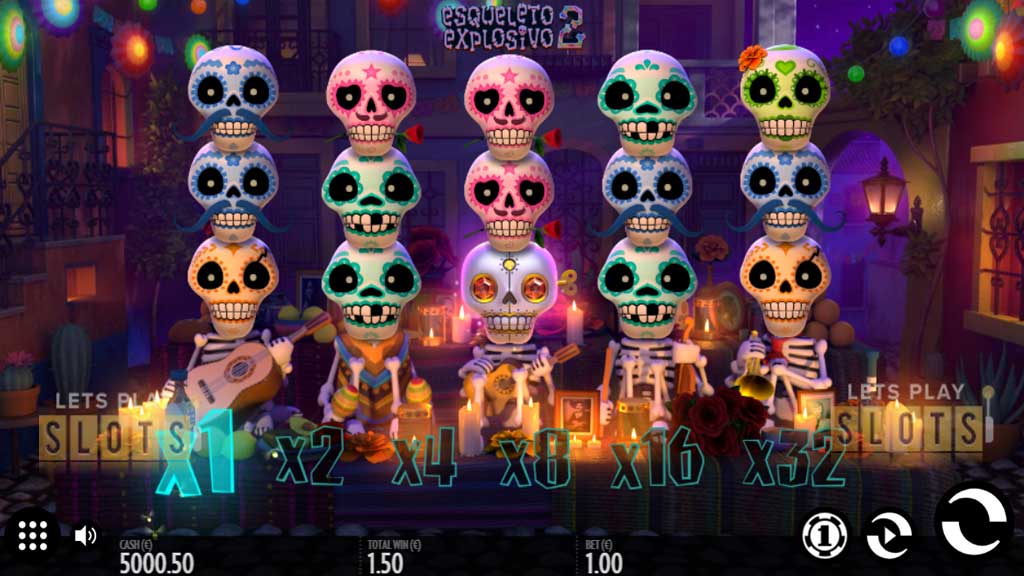 Get Explosive With Thunderkick’s “Esqueleto Explosivo 2” 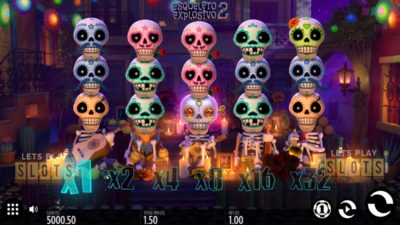 The Mexican Dia De Los Muertos has become a major cultural phenomenon. The look and style of the holiday have become highly recognisable. Thunderkick came out with its slot called Esqueleto Explosivo to celebrate this popular holiday. It was a fun romp and took players to a setting that they don’t see frequently. The popularity of the slot has caused Thunderkick to come out with “Esqueleto Explosivo 2“.

Esqueleto Explosivo 2 pretty much looks like the original. Players are on the street of a Mexican town and will be looking to create some fun explosions with the help of the game’s skull symbols. Six skulls come in different colours. The skulls available are in cyan, orange, blue, green, pink and purple. The most valuable one is the purple one. Players can get five times their stake when five of it in a combination.

The game itself has five reels and 99 connecting paylines. Players will need to start their combinations from reel one and trace a minimum of three symbols or more. The game features the Dropping Symbols feature. This means that the winning combinations are replaced with new symbols. If a new winning combination is scored, the feature continues until no wins are possible.

The game has some really cool special features. First, it has a special symbol in the form of the explosivo wild. It is a yellow/orange skull with sunglasses. It appears in the middle reels and acts as a substitute for most of the symbols except for the scatter. Besides that, when it appears, it also explodes adjacent symbols. Players can blow up a maximum of eight symbols. Only the scatter and purple skulls are immune, which means that there are higher chances of big wins.

Besides making explosions, the symbol also triggers the Mucho Multiplier symbol. Depending on the number of wins, there is a multiplier that increases for each win. Players can get up to 32x in multipliers. They lose the bonus once they end their winning streak.

Overall, the game is a fun one with a great RTP rate of 96.13 percent!

Hurray! There is a competition going between users of our site!
You have to do nothing, but browse out site, and win a daily prize. Click here to read more.
You current ranking:
Time Left: 22h 9m 52s