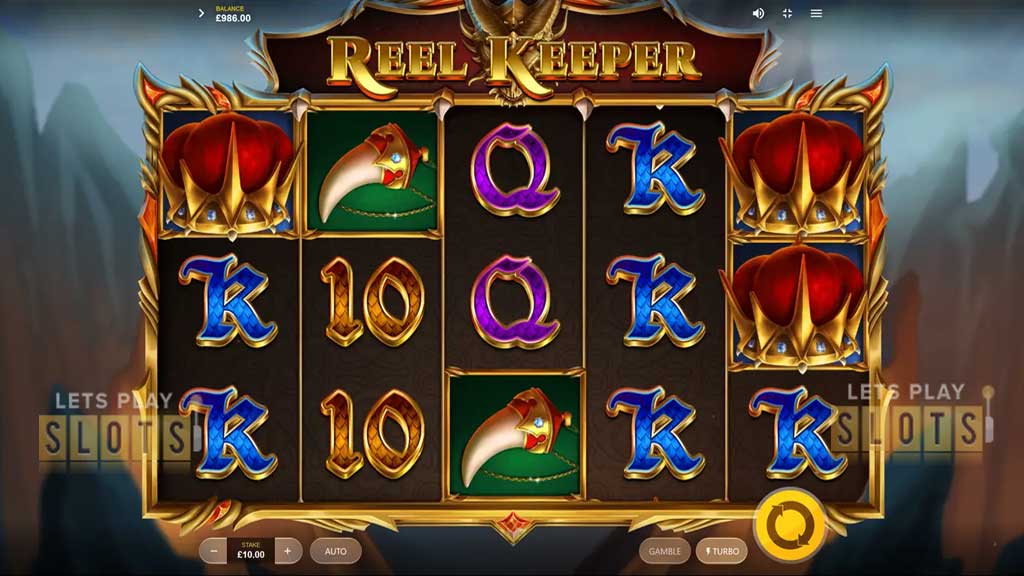 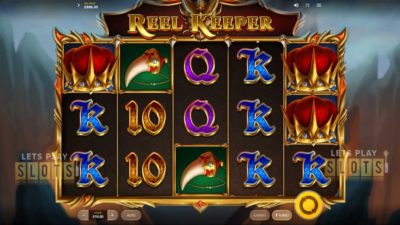 Dragons have a reputation for being fierce and terrible, making them perfect guardians for great treasure. Red Tiger Gaming has decided to use this as their theme for their latest slot titled “Reel Keeper“. In this game, players get the chance to go deep into the depths of a volcano and face a furious dragon for their treasure. That’s the general goal in Reel Keeper and the results can be very exciting.

Players who start this game will immediately see that Red Tiger Gaming has done a great job with the graphics. The dragon’s cave is rendered in excellent detail, with gold coins spread out over the floor. The grid for the reels also looks good with a golden frame and the symbols on it look great. The additional mountain background completes the picture.

The game features five reels and three rows. There are 10 paylines in place that can offer high volatility. The RTP is pretty low at 95.71 percent. When the reels spin, they start coming alive thanks to some clever animation by the developer. Flashing lights and burning fires are the main effects as the game gets underway.

The symbols on the reels are the traditional card royals for the low-value symbols. But players will want to ignore those and aim for the more valuable theme symbols. These include the Dragon Treasure, Dragon Eggs, a Dragon’s Tooth, Crowns and Goblets. The eggs act as the game’s bonus symbol and the wilds for this game can show up when the dragon flies over the reels.

Players will need three of a kind for a win with the low-value symbols. The dragon symbols only need two of a kind for players to get a payout. The most valuable symbol is the golden dragon head that can pay out 600x for five of a kind.

The game does have a set of special features. For example, players who score the Wild symbol can get 1000x their stake if they get five of them. This achievement is made easier when the dragon flies above the reels, allowing the wilds to fully expand.

Players can also get free spins. This is done by scoring three or more dragon eggs. The great thing is that when this is active, the wilds are locked into position. This makes it easier to win. Finally, there is a progressive jackpot offering that can give players massive wins.

Overall, Reel Keeper is a lot of fun and has a really interesting theme!

Hurray! There is a competition going between users of our site!
You have to do nothing, but browse out site, and win a daily prize. Click here to read more.
You current ranking:
Time Left: 20h 26m 53s